It has been two years since the issuance of 5G commercial licenses in China. With the continuous improvement of 5G basic design and construction, and the continuous decline in the price of 5G smartphones, China has begun a wave of 5G replacement. Recently, market data from the China Academy of Information and Communications Technology shows that from January to July this year, the total number of mobile phone shipments in the Chinese market hit 203 million units. This is a year-on-year increase of 15.6%. 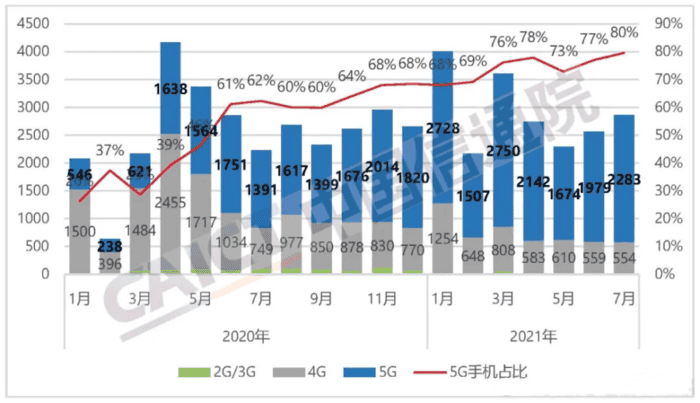 In terms of brand composition, among the 28.676 million units shipped in July, Chinese mobile phone brands account for 90.3%. In addition, other brands globally account for the remaining 9.7%. The Chinese smartphone market is very competitive and non-Chinese companies are not so keen on this market.

Although Apple’s iPhone 12 series is selling well in the Chinese market, it is far behind the Chinese mobile phone brands from the data point of view. Taking July as an example, the 9.7% for other brands includes both Samsung and Apple.

Despite the clampdown on Chinese brands (Huawei and ZTE) in the U.S., there has been no retaliation from the Chinese government. Many Chinese enthusiasts will like the latest development from China.