Under the hood, the Motorola Edge 20 packs the excellend Qualcomm Snapdragon 778 SoC. This is a cutting-edge premium-mid-range chipset with compelling specs such as Cortex-A78 cores and a 6nm architecture. The device is paired with up to 8 GB of RAM and 128 GB of Internal Storage. When it comes to the Edge 20 Fusion, the device brings the MediaTek Dimensity 800 SoC with the very same RAM / Storage configuration. In terms of battery life, the Edge 20 Fusion gets a huge 5,000 mAh battery. The Edge 20, a smaller 4,000mAh battery keeps the lights on. Both devices have the same 30W fast-charging capabilities. 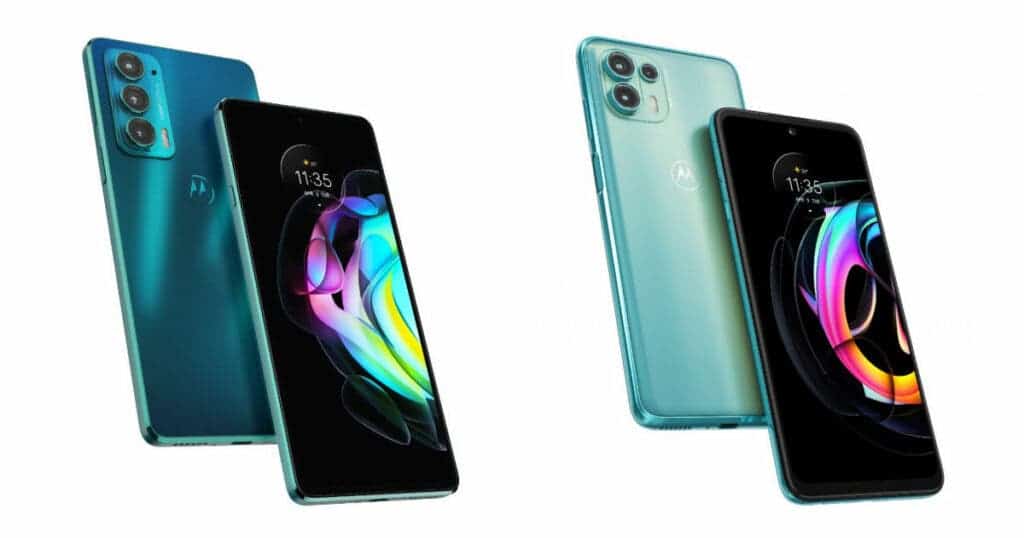 In terms of optics, the devices share the same 108 MP primary camera. However, the Edge 20 gets a more capable 16 MP ultrawide module and an 8 MP telephoto camera offering 3 x optical zoom. The Edge 20 Fusion has a lesser 8 MP ultrawide and drops the tele camera for a 2 MP macro camera. Both devices have the same 32 MP selfie snapper.

Both smartphones run with Android 11-based My UX straight out of the box. According to Motorola, they will receive just one major Android upgrade for Android 12. The company states that it’s enough since users don’t tend to keep smartphones for more than one year.