We have been talking about the new Realme notebook for a while. It was in the spotlight because Realme has been known as a traditional smartphone brand. But today, following the launch date set previously, the company uncovered its first laptop namely the Realme Book. It’s a high-end notebook that also has an ultra-thin design. 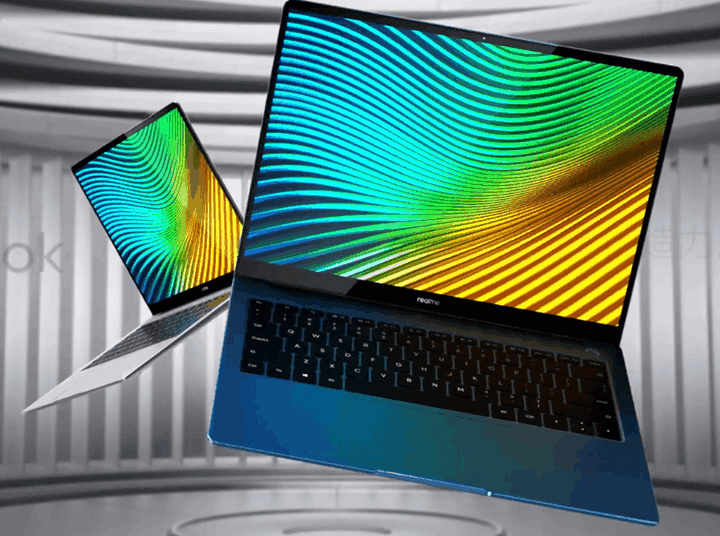 However, before getting acquainted with the key features of the Realme Book, we should talk about Realme’s new “1+5+T” strategy. Of course, mobile phones are the main focus of the brand. But the company will also take seriously 5 other segments such as computers, TVs, tablets, watches, and TWS headsets to create a TechLife ecosystem with all things connected. And now, we learn that laptops are the second most important direction for the company.

Well, as Realme has begun paying more attention to the laptops, the Realme Book draws a lot of attention as the first product in this niche. As the company proves, this products is the thinnest on the market when comparing with other products at the same price. It is only 14.9mm and weighs 1.38kg. You can choose from two colors of island gray and tide blue. The Realme Book has an aluminum alloy all-metal body, using CNC diamond cutting technology and precision sandblasting technology. It has a three-level backlit keyboard with a keystroke of only 1.3 mm and a large touchpad. The latter has a  44% improved control area compared to ordinary laptops. The power button also integrates a fingerprint recognition scanner. 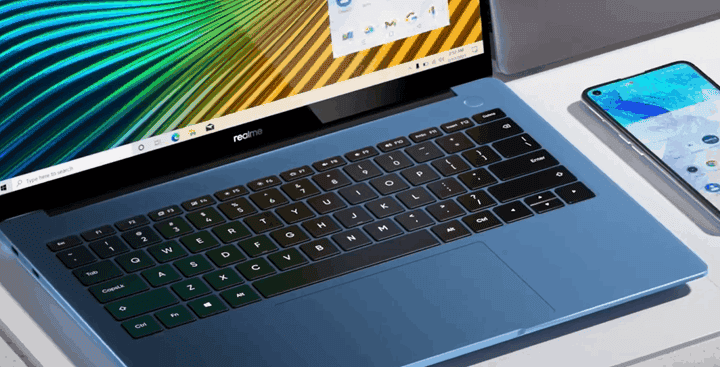 The Realme Book also sports a 14-inch 2K ultra-clear screen with a 3:2 screen ratio. The rest of the display parameters include a peak brightness of 400 nits, a 100% sRGB high color gamut, a Corning Gorilla Glass coverage, and a 90% screen-to-body ratio.

Under the hood, our protagonist carries the latest 11th-generation Intel Core processor. It uses a 10-nanometer process, which increases multi-core performance by 45%. Also, the chip integrates Intel Iris Xe graphics, which has a performance improvement of 50% over the previous generation. It has passed hundreds of strict certification tests on Intel’s new EVO platform. The Realme Book supports 65W flash charging technology. So it only takes 30 minutes to charge 50%. Also, it provides a long battery life of 11 hours on a single charge. The notebook uses a dual storm cooling system.

At the conference, Realme also released a new PC Connect feature, which realizes the seamless link between Windows and Android systems. You can directly control your mobile phone on your computer and access the mobile apps; files and pictures support a two-way transfer. It also supports message synchronization and cross-screen sharing of text.

The Realme Book is pre-installed with the original Windows 10 system and can be upgraded to Windows 11 for free in the future.

This laptop supports Wi-Fi 6 technology, which is 2.7 times faster than the previous generation. It uses a new generation of Thunderbolt 4 ports to integrate ultra-high bandwidth and ultra-strong functions. And we should also mention the presence of Harman dual speakers.

Previous Itel A48 Goes Official In India At INR 6,399 With Unmissable Jio Benefits