Earlier this week, Google officially released the Google Pixel 5a smartphone. However, it did not take long for users to notice the first issue with this smartphone. The first complaint regarding this divide is the overheating issues during 4K video recording. According to Adam Matlock and CNET, the overheating problem seems to occur when recording 4K video at 60fps. When shooting at a higher frame rate, even under normal conditions, the Pixel 5a may stop recording and display a message: The device is overheating, turn off the camera “until the device cools down”. 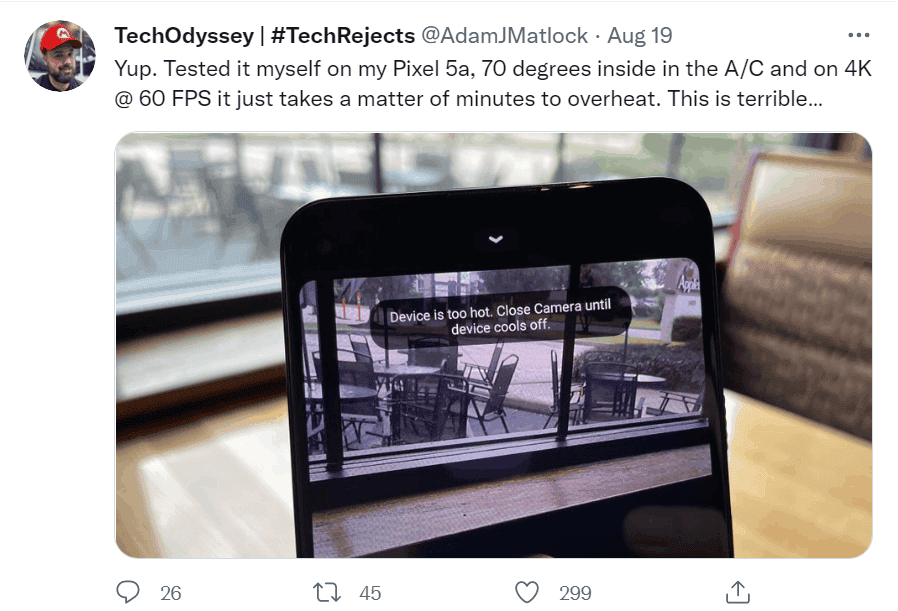 Matlock said, “I tested it on my Pixel 5a. The temperature inside the air conditioner is 21 degrees Celsius. It can overheat in a few minutes at 4K @ 60fps. This is terrible…”

In a test by CNET, the Google Pixel 5a will stop recording after shooting a little more than 6 minutes of 4K video at 60fps. The camera on the top of the device will become hot around the camera. However, the temperature at the bottom of the phone is not bad.

Nevertheless, it appears that not everyone has this problem. According to a user, Jason Cipriani, he successfully had a 20-minute recording with 4K @60fps without an error message that the temperature was too high. 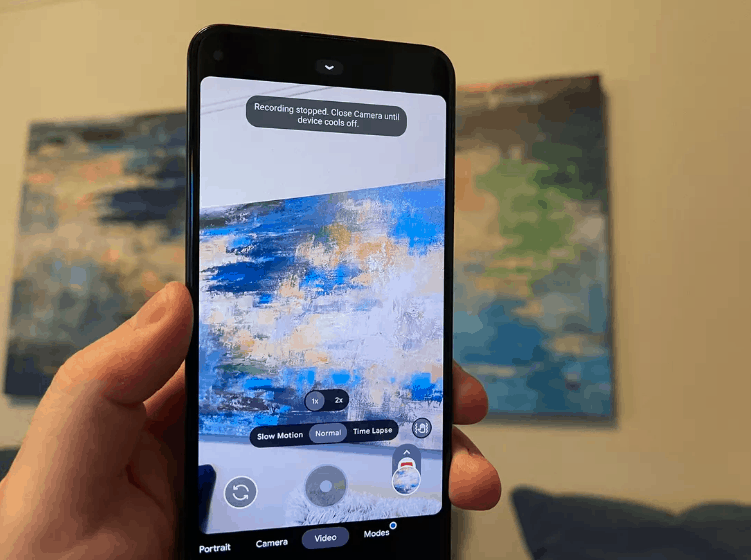 According to reports, when shooting 4K at 30fps, the top of the phone around the camera was indeed still hot. However, it was able to shoot for more than 11 minutes. Afterward, it got a warning message saying that the image quality may reduce due to heat. Even after this message, the shooting continued but at 17 minutes, the top of the phone started to get warm. After 21 minutes, an incoming call interrupted the shooting, and a notification appeared on Pixel, saying that “the phone is getting hot” and it will “automatically try to cool down”. The information also said that during this period of time, the equipment may slow down, but once it cools down, it will resume normal operation.

It is unclear what exactly seems to be causing this problem, and Google has not yet responded to this.