There are multiple biometric options for smartphone users but fingering and Face ID seems to be more popular. For Apple, it stuck with the Face ID option since the iPhone X (2017). However, it did not entirely eliminate its fingerprint solution (Touch ID). The company still uses this solution on its iPad which are significantly bigger. Touch ID will require a pretty thick bottom bezel of the iPhone thus it is not feasible. However, the other fingerprint solution is the on-screen fingerprint sensor. While Android manufacturers have been using this solution for years, Apple is yet to use it. According to Mark Gurman, the fingerprint solution will not be returning to the iPhone anytime soon. This is contrary to previous reports that claim that this feature will arrive with the iPhone 13. 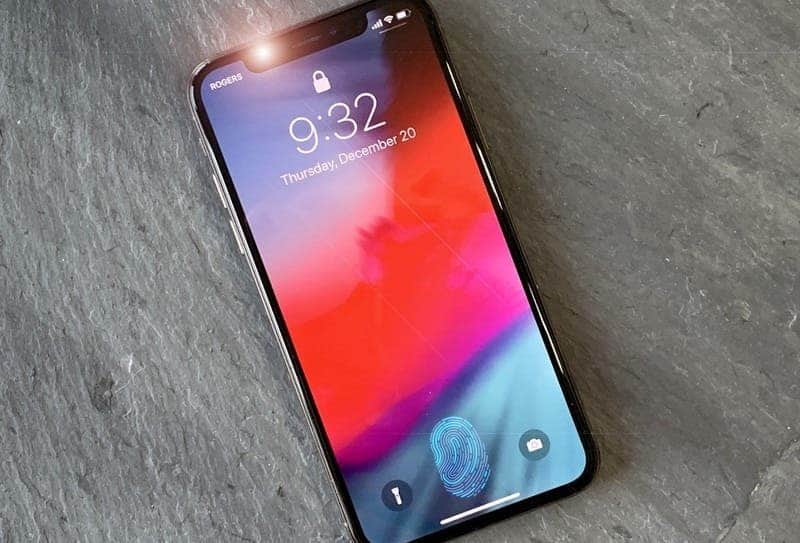 According to a report, Apple actually considered the on-screen fingerprint solution. Mark Gurman says that the company even tested this solution. However, he strongly doubts that this is the path that Apple will tow for the iPhone 13.

Apple will probably stick with Face ID for its upcoming flagship models like the iPhone 14 series. However, its cheaper models will use the big-notch face-scanning system. The iPhone 13 series is set to launch this September. We can be certain that everything regarding its design is complete. Thus, the issue of testing and rejecting the on-screen fingerprint sensor should be for the iPhone 14.

The biggest change in the appearance of the new iPhone 13 Pro series relative to the previous generation is that the notch will significantly reduce. It will adopt a hidden earpiece solution to free up more internal space for Face ID. This is the first time that Apple will change the screen design since the launch of the iPhone X in 2017. On the rear, this device comes with a triple camera setup as well as a LiDAR sensor. The size and thickness of the camera module have increased but it will bring higher imaging effects.

In other respects, the new iPhone 13 series will still adopt a full-screen design using the notch design. It will come with Samsung’s LTPO OLED panel, support a 120Hz adaptive refresh rate, and bring an intelligent adjustment of the screen refresh rate function. This means that the screen refresh rate can automatically adjust depending on the usage scenario. The automatic refresh rate switch will be between 1 – 120Hz. This will eventually save the power consumption of this device. Furthermore, this series will support a dual unlocking scheme including Face ID and Touch ID.

In addition, this new series will use the new A15 Bionic processor, support Wi-Fi 6E technology, and will bring some improvements to the camera department. It will use a new ultra-wide-angle lens, from 5P (f/2.4 ) and fixed focus (FF) upgraded to 6P (f/1.8). This device will also support autofocus (AF).