Xiaomi’s POCO brand had a controversial return last year. Rather than bringing many novelties, the brand focused in rebranding existing Redmi smartphones. The list of rebranded devices includes smartphones like the Redmi K40, K40 Pro, Note 9 Pro, and Redmi 9. The two last devices were launched as POCO M2 Pro and POCO M2 in India and they were nearly identical to their Redmi siblings. Despite the similarities, the devices achieved good results in the Indian market and as successful devices, Xiaomi is offering decent software support for them.

Today, Xiaomi is rolling out a new firmware update for the POCO M2 users in India. The new update brings Android 11 as well as the latest MIUI 12.5 skin. In other words, the device is getting the two major upgrades in just one shot. Although it sounds like luck, we need to remember that the device is waiting for Android 11 since the last year. Moreover, Android 12 is about to be unveiled by Google. When it comes to MIUI 12.5, we can say that the update is coming in time as it was announced for global devices a couple of months ago. 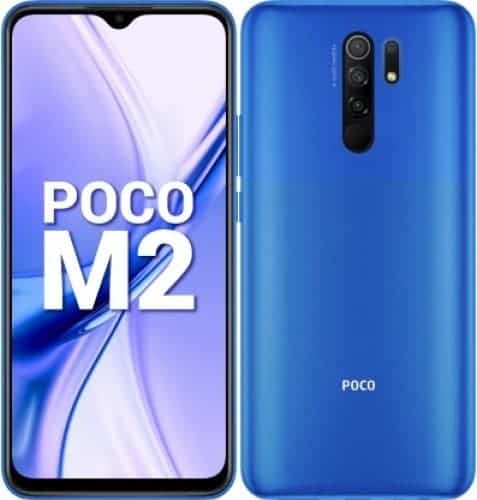 POCO M2 is getting both Android 11 and MIUI 12.5 upgrades in the same time

The new firmware update carries firmware version V12.5.1.0.RJRINXM. As per the changelog, the device is getting 20 times more rendering power. Furthermore, the response to gestures is now instant. Xiaomi claims that MIUI 12.5 is lighter, faster, and more durable than the previous version. Furthermore, Xiaomi has made several custom device model adjustments that should make the device faster. The Notes app is also getting a bunch of new features such as Dynamic layouts, doodling & sketching tools, gesture shortcuts, and Compose mind maps with complex structures. In addition, Android 11 also brings its own improvements. That includes new Chat Bubbles notifications, One Time Permission for Locations and Microphone, Permissions auto-reset, and more.

Moving on, the new update is rolling out in a gradual form for the POCO M2 units in the country. Although just a few users will get it at this first moment, more will keep getting it throughout the next few days. You can always try your luck by heading to Settings >> About Phone and tap on the MIUI 12 to check for new updates.