Traces of copying Apple’s ideas and solutions can be found a lot along the entire development path of Xiaomi. Here is another move that the Chinese company is ready to repeat after the Cupertino company. It will begin the fight against unauthorized smartphone repairs and will propose an algorithm to determine the originality of the battery.

This was told by enthusiasts of the XDA Developers resource, who recently studied the new version of the Mi Security 5.6.0 application. There they discovered new battery and charging settings. Among other things, the company plans to display a warning on the device screen that a non-original battery is available inside, which may negatively affect the operation of the device. 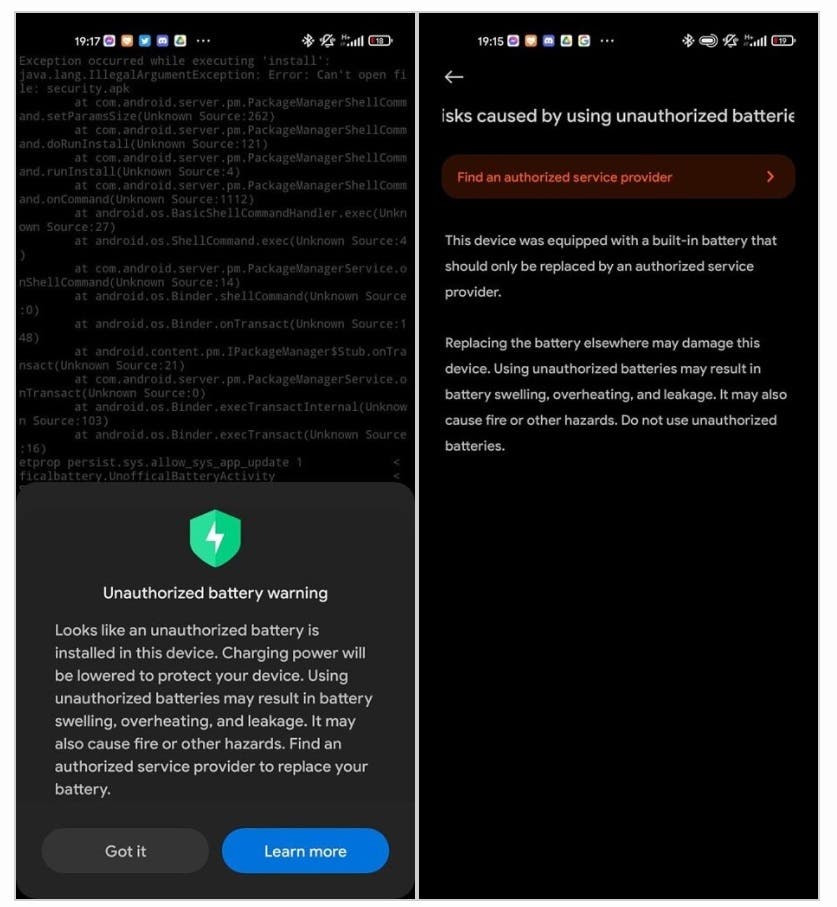 The message itself highlights the importance of having an official service provider for repairs using original parts. But the most curious thing is that when an “unauthorized” battery is found, the charging speed will be slower. How much the speed will be reduced is not reported.

The following warning will be shown to users when the system detects an unauthorized battery is installed.

After digging into the APK code, enthusiasts came to the conclusion that at the moment the warning about “unauthorized use of the battery” can only be displayed on Chinese versions of smartphones. The list of devices itself is small: Xiaomi Mi 9, Xiaomi Mi 10 and Xiaomi Mi 10 Pro.

At the moment, there is no information about which other regions besides China may be affected. Moreover, it remains unknown whether the innovation is already in effect on China.

At the end of June, the Chinese company Xiaomi became the largest supplier of smartphones in the world, but at the end of the quarter, Samsung Electronics managed to maintain its leadership. The management of Xiaomi now claims that the company faces the task of gaining a foothold in the second position; and after three years it will confidently take the first one.

As noted by the Nikkei Asian Review, Lei Jun, CEO and founder of Xiaomi; said: “Our current challenge is to gain a foothold in the second place in the global market. In three years, we aim to take the first place”.

Next Samsung has a new tactic to combat information leaks