The device is made on the MediaTek Helio P35 processor. The chip combines eight Arm Cortex-A53 computing cores with a clock speed of up to 2.3 GHz; and an IMG PowerVR GE8320 graphics accelerator with a frequency of 680 MHz. The amount of RAM is 4 GB, the capacity of the flash drive is 64 GB (plus a microSD card).

The device has a 6.6-inch HD + display with a resolution of 1600 × 720 pixels. In the front, there is an 8-megapixel camera. The rear triple camera incorporates a 13-megapixel main module, a 5-megapixel unit with wide-angle optics and a 2-megapixel sensor for collecting information about the depth of the scene.

There are Wi-Fi 802.11b / g / n and Bluetooth 5.1 BLE wireless adapters, a standard 3.5 mm headphone jack and a symmetrical USB Type-C port. NFC support is not provided. 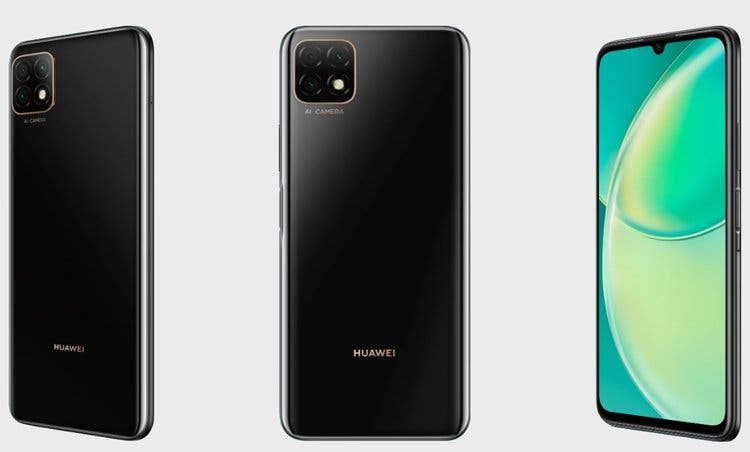 Huawei continues to be under the yoke of sanctions and the decline in smartphone market share is catastrophic. To date, the company has lost on the home market to almost all significant local players. Although Huawei itself does not panic, even despite the fact that in the first half of this year its revenue fell by 29.4%, amounting to $ 49.4 billion. The company assures that everything is predictable and they were ready for it.

Huawei’s smartphone business sank the most – by 46.95% compared to the first half of last year. The reason is clear – US sanctions and a ban on access to American technology. But this does not mean at all that the company is ready to accept the situation and it is sure that better times are still ahead.

Top managers of Huawei are not losing their optimism, although they admit that the company’s smartphone business has suffered greatly; and sales of mobile devices have fallen. Now the manufacturer can use 4G chips only in its mobile phones; but the company is confident that it will be able to resolve the issue with processors; with support for 5G networks, and, possibly, as early as next year.

So, it is curious that the deputy head of Huawei, Hu Houkun, announced that the company will continue to produce flagships; and its series of smartphones will be among the leaders in the market.

WhatsApp users may soon be required to pass verification for payments

Apple: The notch on the MacBook Pro gives more space for content