The popular Geekbench test has revealed information about Microsoft‘s new tablet computer, which will replace the Surface Go 2 model shown in the image above.

The upcoming device is codenamed OEMAL. The new product will likely enter the commercial market under the name Surface Go 3. In the benchmark, two variants were noted on the Intel Amber Lake Y hardware platform.

In particular, versions with Pentium Gold 6500Y and Core i3-10100Y processors have been tested. These chips contain two processing cores with support for multithreading and the Intel UHD Graphics 615 graphics accelerator. In the first case, the CPU speed is 1.1-3.4 GHz, in the second – 1.3-3.9 GHz. The TDP is only 5 watts.

The smaller of the two models is endowed with 4 GB of RAM, the older one has 8 GB. The operating system is Windows 10 Pro (64-bit edition).

The official presentation of the Surface Go 3 is expected at Microsoft’s event in October. At the same time, according to rumors, Microsoft Surface Duo 2 smartphone-book with a new camera and a hybrid Microsoft Surface Book 4 laptop will be announced. The Redmond giant itself does not comment on the information that has appeared on the Internet. 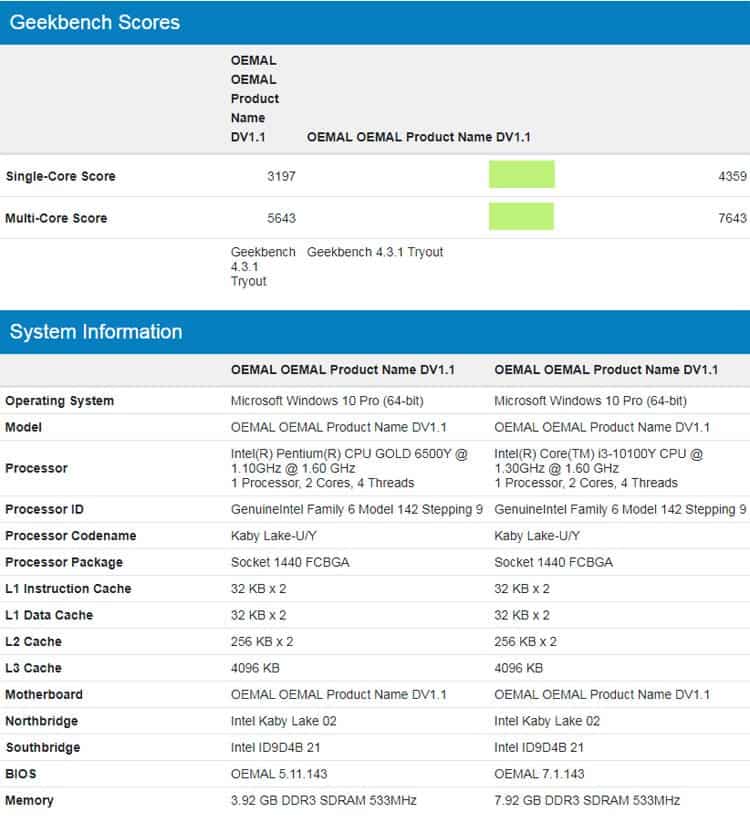 Data on the key characteristics of the new Microsoft smartphone – Surface Duo 2, appeared in the well-known benchmark portal Geekbench. This allows not only to get to know the technical features of the device; but also to draw preliminary conclusions about its performance.

Microsoft Surface Duo was the first device from the company running the Android platform; so the appearance of its successor cannot but arouse interest. Information about the new product has already been available on the Web, including images of a likely prototype design. According to reports, we will have models in white and black cases.

Based on the benchmark data, Surface Duo 2 will arrive with the flagship mobile platform Snapdragon 888 and will run the Android 11 operating system out of the box.

The model scored 1,071 points in the Geekbench 5 single-core test and 3166 points in the multi-core. We also know that the new product has 8 GB of RAM, and the GPU is the Adreno 660, which is part of the Snapdragon 888. However, the benchmarks do not indicate data on the display, sensors, cameras and many other characteristics – so far we can only guess about them.

In addition, previous renders and photos show the use of a triple rear camera with a standard lens, an ultra-wide-angle camera and a telephoto option. It will support NFC and 5G.

Next JioPhone Next Pre-Orders Could Commence From Next Week, According to Report