Microsoft has announced that it will not be blocking users from installing the Windows 11 update on previous generations of PCs. The software maker, famous for offering the most common software for laptops and PCs set a recommended hardware requirement list for the new update.

Today, the company has announced that it will still be following the same, but, anyone with a PC that makes use of an old CPU can download the ISO file of the new Windows 11 update and install it, without having to worry about failing the test that the company said was necessary at the time of unveiling the new version of Windows. This information comes to us via the Verge.

Microsoft said that it will not be recommending this new option to download Windows 11 on unsupported computers or laptops since it cannot ensure proper reliability and, hence, will refrain from even advertising this method of upgrading to the new version of Windows, up from Windows 10.

This is a rather large change that also ensures that not a lot of PCs will be stuck in Windows 10 since it is very easy to download Windows 11, as the user has to download the ISO file and install Windows 11. Considering that users are not all tech-savvy individuals, most may opt-out of the same, but if you wish to do so, it is a rather easy process. 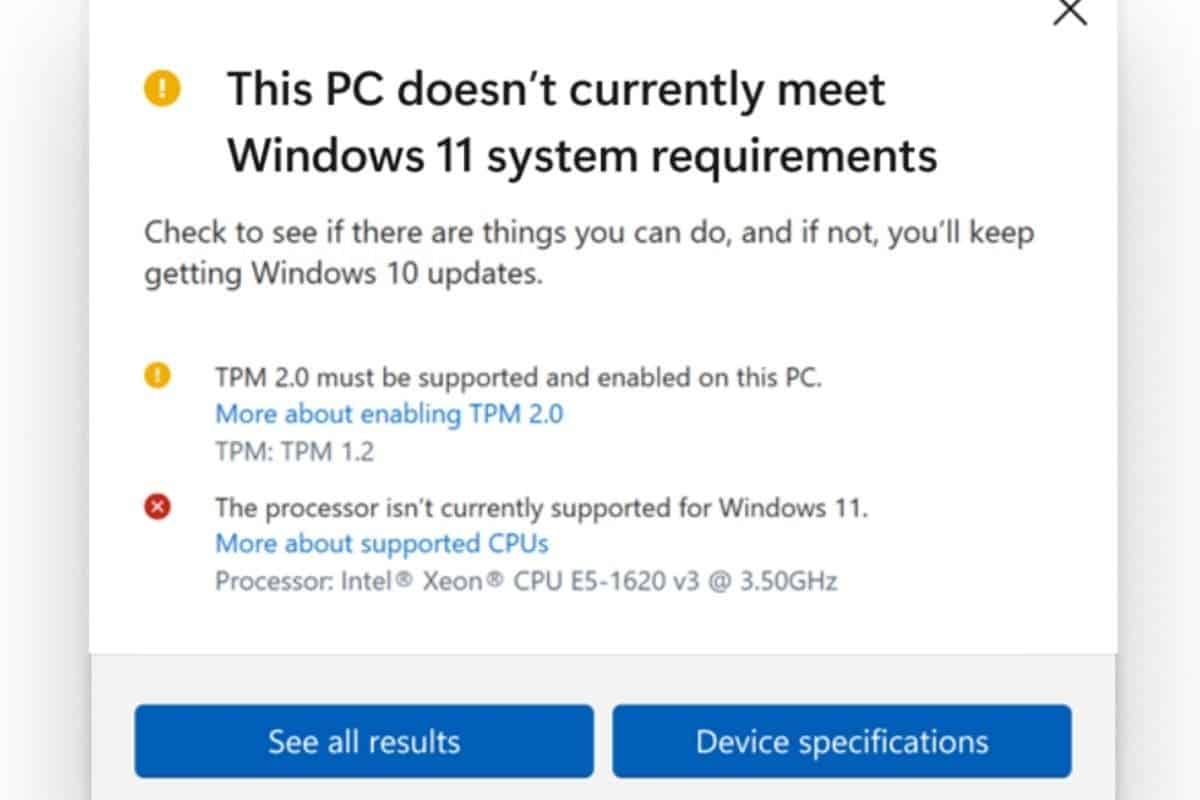 The minimum specifications are also generous and available to most, since users need just a 64-bit 1GHz processor with either two or more cores and 4GB of RAM, coupled with at least 64GB of storage.

Alongside the Windows 11 update, Microsoft has said that it will be fixing its minimum system requirement list in order to add more processors, some of which are the Intel Core X-series, Xeon W-series and Intel’s Core 7820HQ chip present in the Surface Studio 2 from the company itself.

It is worth noting that Microsoft has mentioned that it will not support Zen 1 CPUs, since it tested them but concluded that there is no addition to the supported CPU list.

Microsoft is also planning to make changes to its PC Health App to showcase the addition of the new Intel CPUs and let the user know that they need to use Secure Boot if required. All this will make it easier to download the latest version of Windows and enjoy the new features and benefits of the latest update from Microsoft.

Next DHGate platform celebrates their 17th anniversary in style