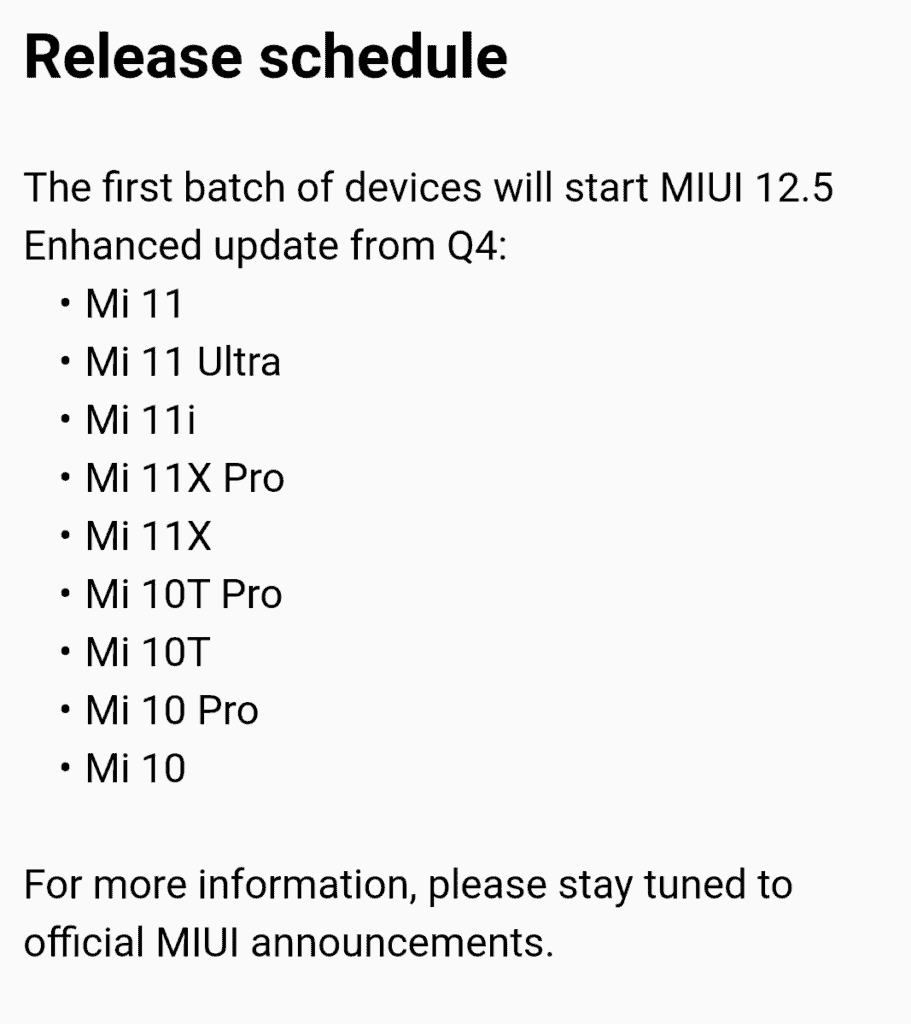 The first batch will start the MIUI 12.5 enhanced update in the fourth quarter. However, what is the benefits of this new system for global users? We already know that this new version comes with four major areas, including liquid storage, atomic memory, focus computing, as well as intelligent balance. However, all these features will not be immediately available for global users. Nevertheless, global users will enjoy a better overall performance. Here are some of the benefits

Focus computing: 51 core scenarios are smooth, prioritizing the most obvious processes from users according to scenarios and suppressing unimportant applications in the background. The multi-model real-world testing also shows an average 15% drop in CPU usage and an average 8% power savings.

Intelligent balance: This feature ensures that the top hardware runs properly. It also makes sure that irrelevant programs do not obstruct it. In addition, using the Xiaomi Mi 11 for testing, the average power consumption drops by 10%.