A couple of days ago, the first reports about a new PS5 model started to emerge in the web. This new variant of Sony’s latest console was lighter and was being sold in Japan, Australia, and the United States. For comparison, it weighs 300 grams less than the older models. In the external part, the console is exactly similar to the older models and the only difference is with the screw for the console standing base. However, according to a new report, the reason behind the weight drop has been found, and it is worrisome.

Popular YouTuber, Austin Evans was the one to discover the difference. He opened the console on his Youtube channel and claims that the revision is a downgrade compared to the original model released in November. The revised model has a smaller heatsink. That’s why Sony has managed to slim down the PlayStation 5 by 300 grams. However, as a result of this change, the heat emanating from the console is higher: It generates between 3 to 5 degrees more heat than the older model. 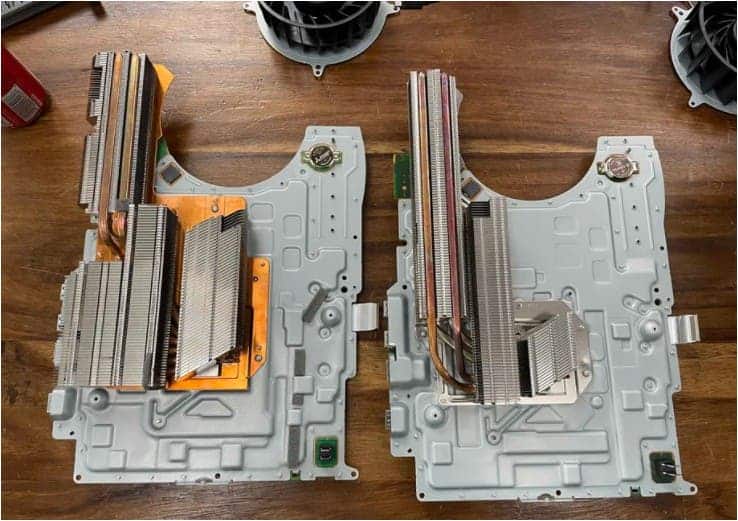 Apparently, the controversial change in PS5 is to cut down the costs

The heat sink transfers the heat generated by the console to the outside, in this case through the air. It is an important component to regulate the temperature of the console. By reducing this important component, Sony has decided to sacrifice some degrees and in the future, this can compromise performance. So far, the company hasn’t explained why it made this change to the console’s internal design. It is unusual for consoles to undergo changes so early in the lifecycle. Users are worried since the console has less than one year and already passed through such an important change. No one is sure how the “original version” will stand through time, and also don’t know how this lighter model will stand with this reduced heatsink.

Apparently, the smaller heatsink can be a way to reduce PS5 manufacturing costs. As you may know, Sony started to sell the PS5 with a price tag of $499 for the disc-driver unit and $399 for the digital-only model. The company started losing money, but in a recent statement, the company said that it’s no longer losing money with the PlayStation 5. The only thing to be addressed right now is the shortage in stocks.

The PlayStation 5 is just another product suffering amidst this crisis in the semiconductor market. According to Sony officials, the situation may improve in the middle of 2022.