The first half of September promises to be full of announcements. We are waiting for the premiere of the Google Pixel 6 and Android 12 series, Apple will announce its achievements in the iPhone 13, and Xiaomi will hold a global event, where it should show Xiaomi Mi 11 T and Xiaomi 11T Pro. Vivo also wants to take part in the announcements, presenting the X70 line.

It was reported that the presentation of the Vivo X70 line will take place on September 9th. Earlier, the company announced that the new devices will be the first devices from the manufacturer with a proprietary V1 image processing chip. It is not known for certain whether the ISP V1 will become a feature of all the new products in the series or only the older models. 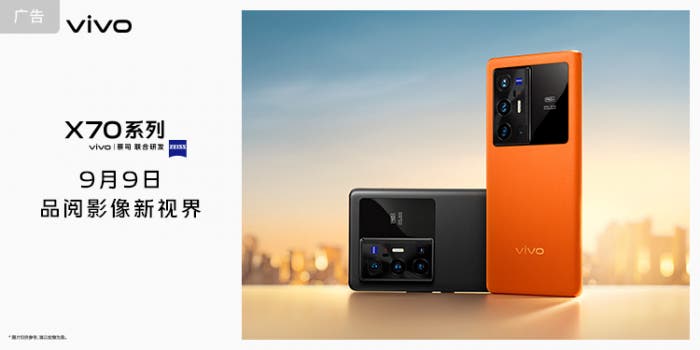 It is known that we are waiting for the premiere of Vivo X70, Vivo X70 Pro and Vivo X70 Pro +. The first two smartphones will offer a 6.56-inch AMOLED display with a 120Hz refresh rate, an Exynos 1080 chip and a 4400mAh battery with 44W fast charging. In the basic version, there will still be a variant with a Dimensity 1200 processor. The Vivo X70 Pro + will offer a Snapdragon 888+ chip, a 10-bit 2K screen, 55W and 50W fast and wireless charging, respectively.

We will find out more about the new products and their cost next week.

Strategy Analytics announces that China’s Vivo has for the first time taken the lead in 5G cellular smartphones in the Asia Pacific region.

In the second quarter of this year, Vivo controlled 20.0% of the specified market. For comparison: a year earlier the company’s result was 13.3%. Over the year, demand for Vivo 5G smartphones in the Asia-Pacific region soared 215%.

Xiaomi is in the second position with a result of 19.3% against 10.5% a year earlier. This company has performed particularly well in China. The demand for Xiaomi 5G devices jumped 286% year on year.

Closes the top three Oppo, which managed to show the result at the level of 18.7%. A year earlier, this Chinese developer held 12.3% of the market in question.

Apple is on the fourth line with 18.5%. A year earlier, the share of the “apple” empire was equal to 0%. The top five is closed by the South Korean giant Samsung; whose positions have not changed over the year, still amounting to 6.6%.

Previous Xiaomi Mi 12 Camera Parameters Leaked: Not That Much Changed