A recently surfaced Samsung Galaxy S21 FE user manual has shed light on vital pieces of information about the upcoming smartphone. The Galaxy S21 FE leaks and speculations have become rampant just ahead of the device’s official unveiling. Korean sources recently indicated that the phone’s originally planned September launch has been postponed to next month citing a global chip shortage. Earlier reports suggested that the device will arrive on September 8. It had already appeared on Google Play Console and passed through certifications in various countries at the time.

Moreover, the South Korean tech giant has released official posters of the upcoming smartphone in a bid to create more hype surrounding its release. Finally, the Galaxy S21 FE is on the verge of hitting the store shelves. There have been multiple pieces of evidence hinting at the phone’s imminent launch. Despite the lack of an official confirmation, it is evident that the phone will launch at some point in September. As if the mounting evidence wasn’t enough, SamMobile has found the Galaxy S21 FE user manual. The user manual has also revealed some missing key features.

If the aforesaid user manual is anything to go by, the Galaxy S21 FE might come with a microSD card slot. This does not coincide with the TENAA listing which showed that the phone will have the slot. Considering that the user manual suggests that it will not be there, we will have to wait until the phone’s official launch to see which of the two reports prove to be true. According to GSM Arena, the availability of the microSD card slot could be based on regions. Aside from that, the manual has revealed another drawback. 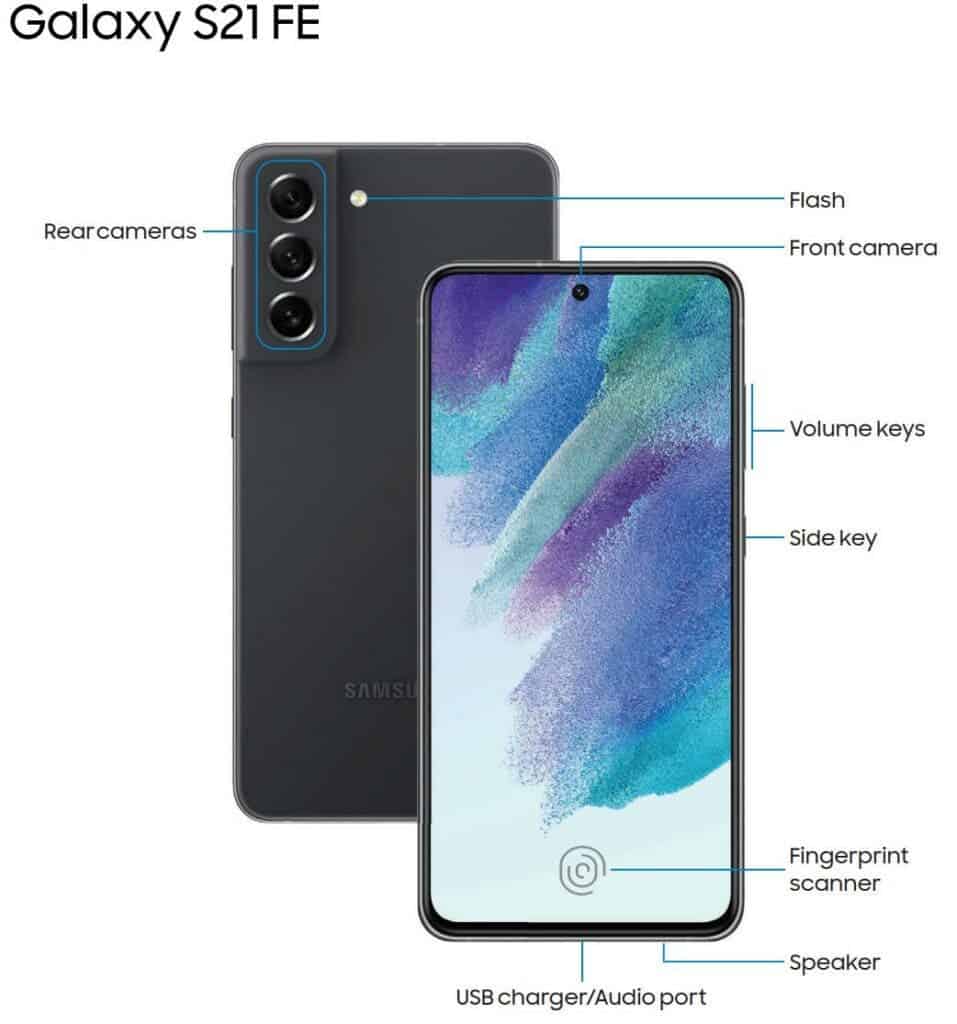 The Galaxy S21 FE will not include a charger in the box. On top of that, the device will get rid of the 3.5mm headphone jack. This is not surprising since more and more Korean companies are now following in the footsteps of Apple and getting rid of the headphone jack. However, Samsung continues to offer chargers in the box even with its non-flagship devices. Moreover, most Samsung phones have a microSD card slot and a 3.5 mm headphone jack.

The user manual has divulged some key specs of the upcoming handset. For instance, it reveals that the Galaxy S21 FE will come with an in-display fingerprint sensor. Furthermore, the phone will be IP68 rated for dust and water resistance. It will sport a design that will be similar to the Galaxy S21 lineup. The display will offer a high refresh rate. In addition to that, the phone will go up for sale in four color options including white, purple, green, and black.

Furthermore, the phone will support wireless charging and reverse wireless charging. The Galaxy S21 FE will come with a host of other useful features such as Wireless DeX and Samsung Pay. It will also have Dolby Atmos for a superior listening experience. Under the hood, the device is likely to pack a Snapdragon 888 chipset, and the Exynos 2100 in specific markets. It could ship with 6GB and 8GB of RAM and offer 128GB and 256GB storage options. The phone will use a 4,500mAh battery that supports 25W fast charging. On the downside, you might need to buy your own charger.