Two weeks are left before the presentation of the iPhone 13 and, as a rule, on the eve of the release of a new generation of iPhones, sales of predecessors are rapidly declining, users are already looking more towards new products. But this rule does not apply this year, the demand does not fall significantly. Don’t users believe that the iPhone 13 will offer something really interesting and important?

What is happening leads to the conclusion that the iPhone 13 really does not generate much interest from potential buyers. This is the same iPhone 12 series with minor tweaks and isn’t worth buying the next generation. Also overpaying for it. The low interest in the iPhone 13 is also supported by the results of a recent poll.

But there is an important thing – the survey was held in the United States and among users of Android devices. A total of 5,000 respondents took part in the survey, and only 18% said they would think about purchasing an iPhone 13. While 82% confidently saying that switching to iOS is not in their interest. 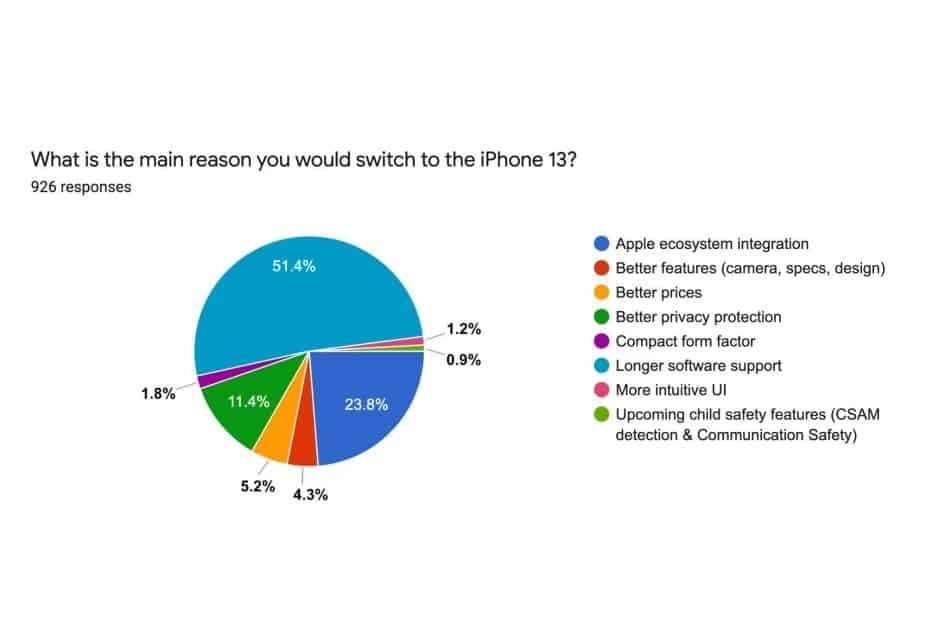 They don’t seem to see the benefits of migrating to iOS. For comparison, last year 33% of users of a similar survey spoke in favor of the possible purchase of an iPhone 12. Among the main reasons for their reluctance to purchase new devices from Apple, respondents named the lack of a display fingerprint scanner (32%).

About 17% are dissatisfied with the limitations in iOS settings and another 12.8% are against the lack of an alternative in terms of a third-party app store. Another 10.5% expressed dissatisfaction with the company’s desire to introduce the function of checking photos for images of child abuse. 12% are confident that Android smartphones offer better features. 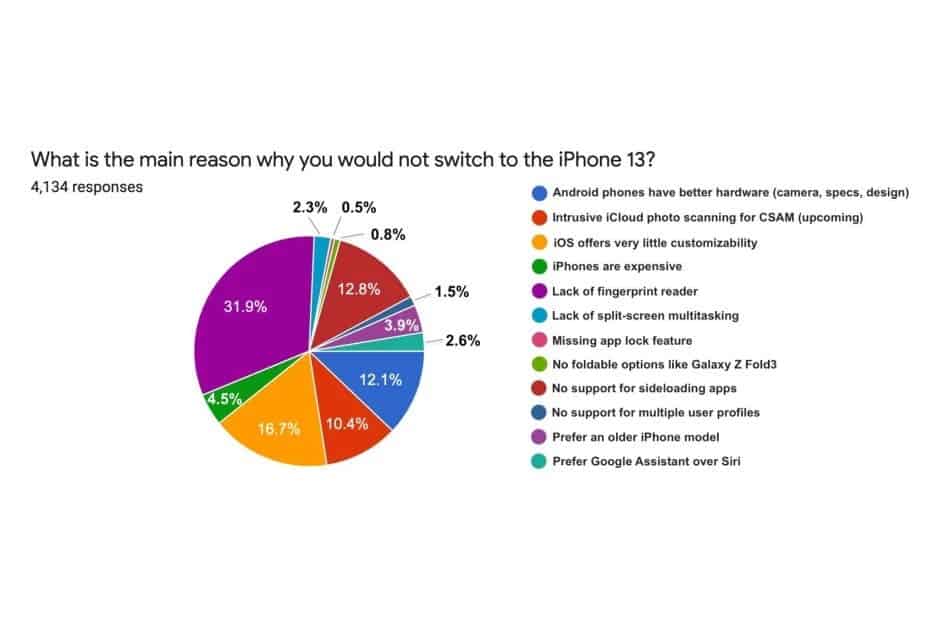 Those who still do not exclude the purchase of the iPhone 13 say that the possibility of the transition is due to a longer software support, and 51% of them spoke in favor of this. 24% love the Apple ecosystem and 11.4% think iOS is better at protecting privacy.

It is also important that according to the results of a survey among iPhone owners; only 44% plan to switch to iPhone 13. And there is also a survey where every fifth user is superstitious; and the number 13 is in association with misfortune; so they are ready to refuse to buy a new generation of iPhones. But Apple itself is not afraid of this; and it is confident that even a “bad” number will not interfere with successful sales. It expects to sell about 90 million iPhone 13 this year alone.

Next Google app for Android blocked calls on some smartphones