The developers of the popular AnTuTu benchmark summed up the results of the last summer month and named the most powerful Android smartphones. The best were determined in the top and middle segments, as well as with a reference to the Chinese market. The new ranking came as a surprise when smartphones with the top-end chip from Qualcomm were unable to beat competitors with a slightly less powerful platform.

We’re talking about the Snapdragon 888+ powered flagships failing to top the AnTuTu rankings. So, iQOO 8 Pro was in the second position; and Xiaomi Mi Mix 4 was able to take only ninth place. The leader of the rating continues to be the gaming Black Shark 4 Pro with a score of 864 614 points. The Nubia Red Magic 6 Pro managed to take the third place; which, like the leader, has a Snapdragon 888 chip. 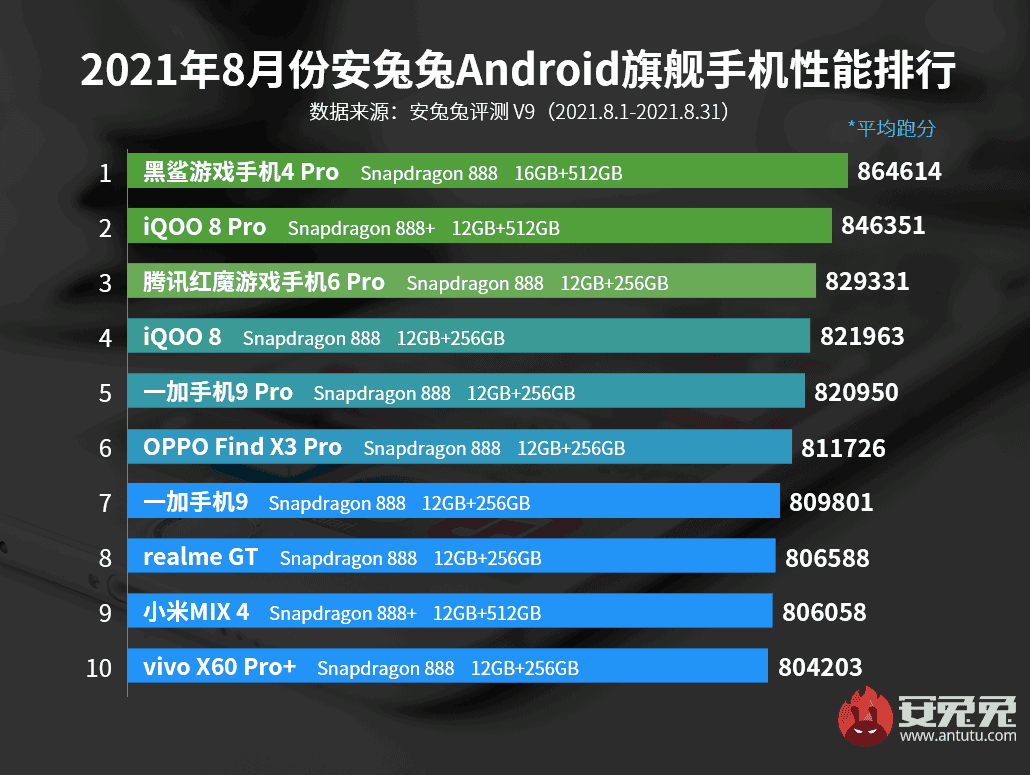 If we turn to the rating of the most powerful among mid-range devices; then Xiaomi Mi 11 Youth Edition was at the top; which managed to score 530 657 points and all thanks to the Snapdragon 780G chip. On the second and third lines were the Honor 50 Pro and Honor 50; built on the basis of Snapdragon 778G.

The fourth and fifth places were belongs to models with Dimensity 900 and Dimensity 820 processors. Oppo Reno 6 5G and Redmi 10 X 5G, respectively. From sixth to tenth positions we have: Realme Q3 Pro, Oppo K9 5G, iQOO Z3, Huawei Nova 8 Pro and Nova 8. The first three models on the list have a Snapdragon 768G chip and the last two – Kirin 985. 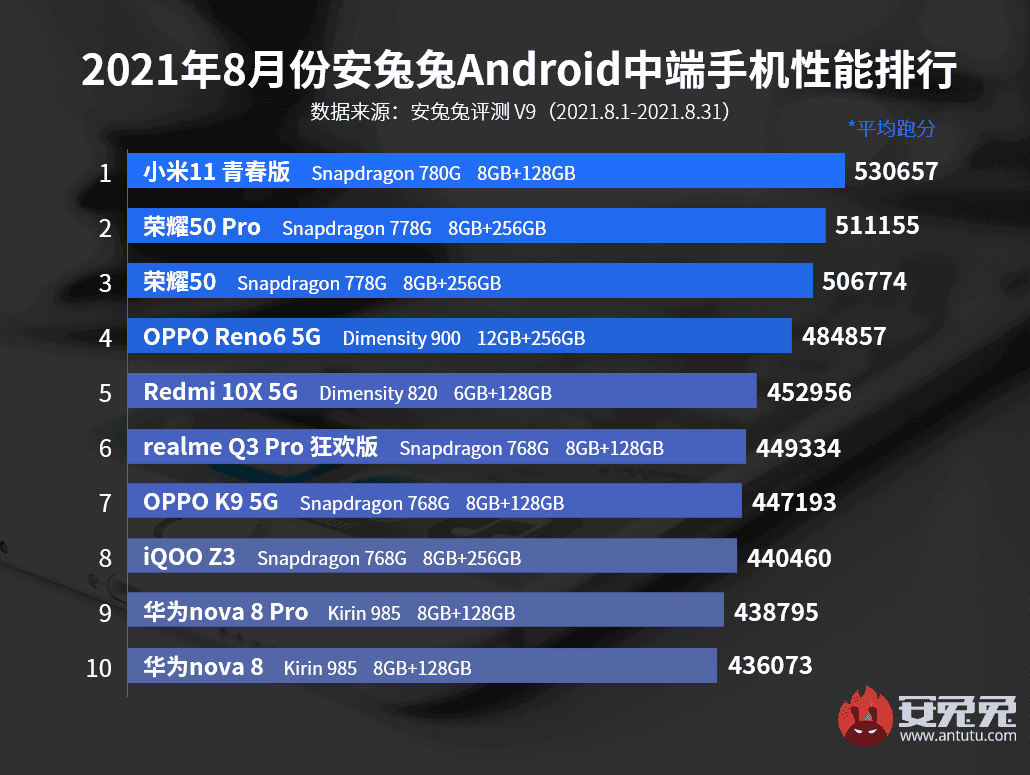 With the launch of the Snapdragon 888 Plus, the Android camp has begun a concentrated update; which we can roughly divide into two categories. One is iterative upgrades, such as Xiaomi MIX 4, Honor Magic 3, iQOO 8 Pro and other models; and the other is small Under the premise of updating the version and changing the core; only some details have been changed.

Next Snapdragon Wear 5100 may be less powerful than expected