Canalys has released quarterly statistics on the global wearable device market. We are talking about smartwatches and bracelets for tracking physical activity and vital signs of the body.

In the second quarter of this year, approximately 40.9 million gadgets of these types were sold around the world. This is 5.6% more compared to the result for the same period in 2020.

Note that the demand for fitness bracelets is declining. Their shipments fell 23.8% year on year to 15.5 million units. At the same time, the popularity of smartwatches is growing: sales of such devices increased by 37.9%, amounting to 25.4 million units. Moreover, smartwatches now account for 62% of the total wearable electronics market. 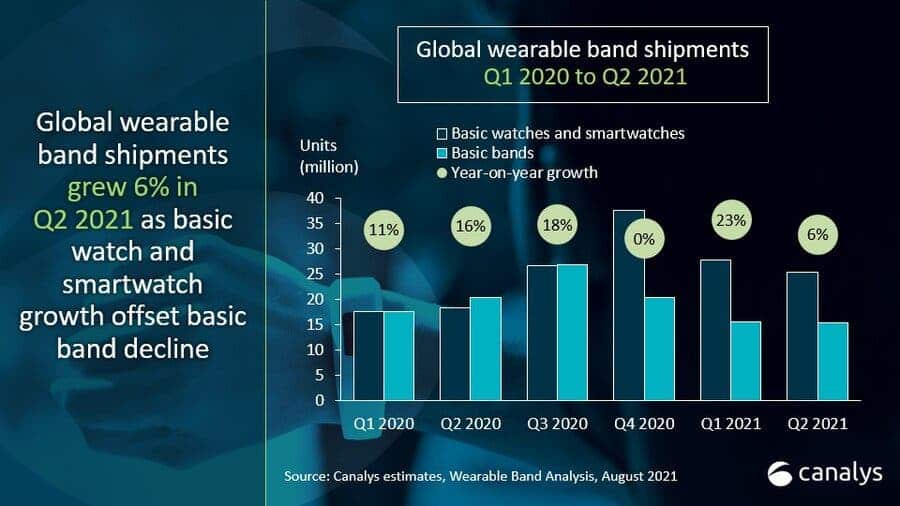 In the segment of fitness bracelets, according to the results of the second quarter, the Chinese company Xiaomi was in the lead with a share of 19.6%. If we consider only the sector of smartwatches, then the first line is occupied by Apple with a share of about 31.1%. 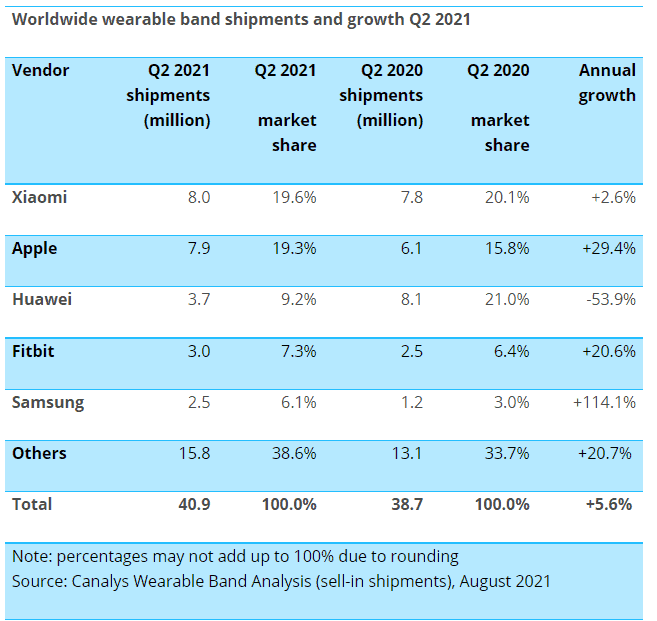 Wearable gadgets from Huawei, Samsung, Garmin and Fitbit are also very popular among consumers. Canalys analysts believe that smartwatches will remain a key driver of the wrist-based market for the foreseeable future. 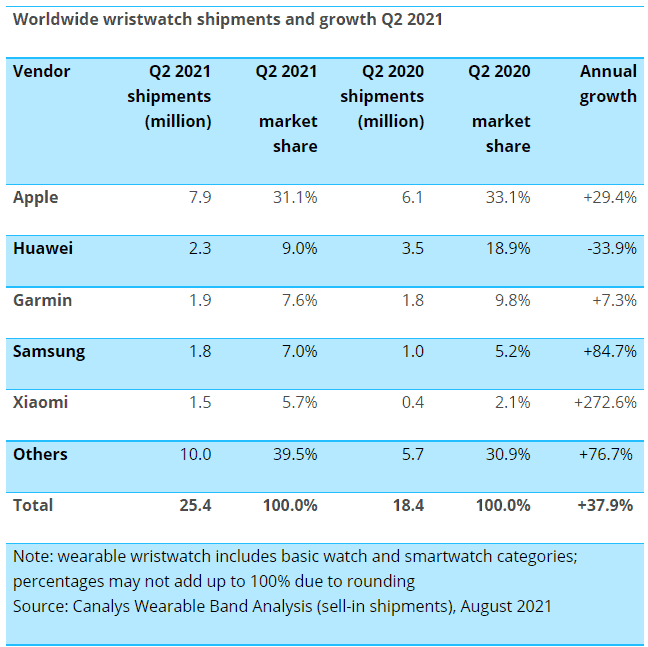 “Xiaomi made a wise move to hasten the release of the Mi Band 6; which is a more compelling device than its predecessor,” said Canalys Research Analyst Cynthia Chen. “Xiaomi’s quick pivot to basic watches also helped the company boost its wristwatch shipments by 1.3 million units this quarter”.

“Vendors are attempting to make a big generational leap in smartwatch technologies. To stand out, they are improving the fundamentals, such as user experience and battery life;creating their own distinct UIs and leveraging their respective ecosystems to draw out new and unique use cases;” said Canalys Research Manager Jason Low. “But health tracking is the most prominent use case for smartwatches. The ability to deliver cutting-edge health-tracking features and to offer users meaningful data and actionable health insights will set winners and losers apart.”

“It is vital that vendors invest in next-generation health sensors and developing in-house algorithms and solutions to not only track vital biomarkers, but also to ensure good accuracy and reliability. Vendors should focus on giving users insights into health trends involving data collected over a longer period of time, so that they can understand how their lifestyles are affecting their wellbeing.”

Next Apple Could Partner With Toyota for Upcoming Apple Car