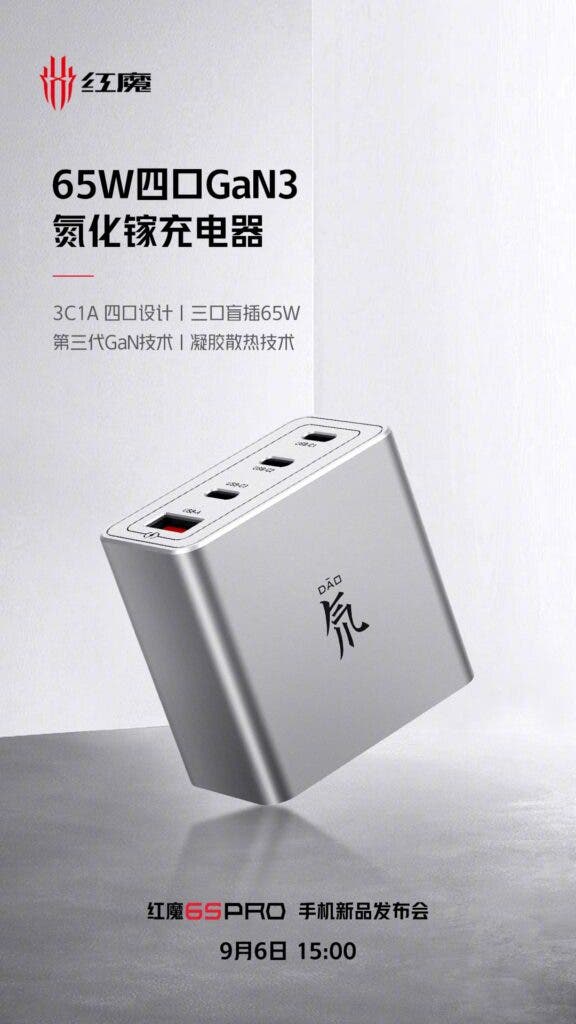 This device comes with a total of four interfaces. The interfaces include a USB Type-A and three USB Type-C. This device also supports three-port blind mating, and the maximum output power is 65W.

The appearance continues the style of the Nubia Deuterium series gallium nitride charger, It uses the same popular silver appearance, and there is a new gel heat dissipation technology inside. This new feat can make the heat dissipation more uniform which improves the overall performance.

As of now, there is no official information on the price of this new upcoming product. However, from September 12, there will be a sale of this product on JingDong Mall. There will also be a discount on this device.

Previous Nubia to release a magnetic charger that works for iPhones