Today, Huawei posted some messages on its official Weibo page regarding the Huawei nova9 series. According to the company, the Huawei nova9 series will officially launch on September 23rd. He Gang, president of Huawei’s terminal mobile phone product line, posted on Weibo that the new product will have new and attractive colours. Furthermore, this device will come with HarmonyOS 2 out of the box.

The Huawei nova8 series officially hit the public on December 23rd, 2020. This is about 9 months ago. According to He Gang, the Huawei nova9 has been in preparation for more than a year. This shows that this new phone has been approved several months before the release of Huawei’s nova8 series. However, the company had to delay the launch of this device to make it suit its target market – young people. 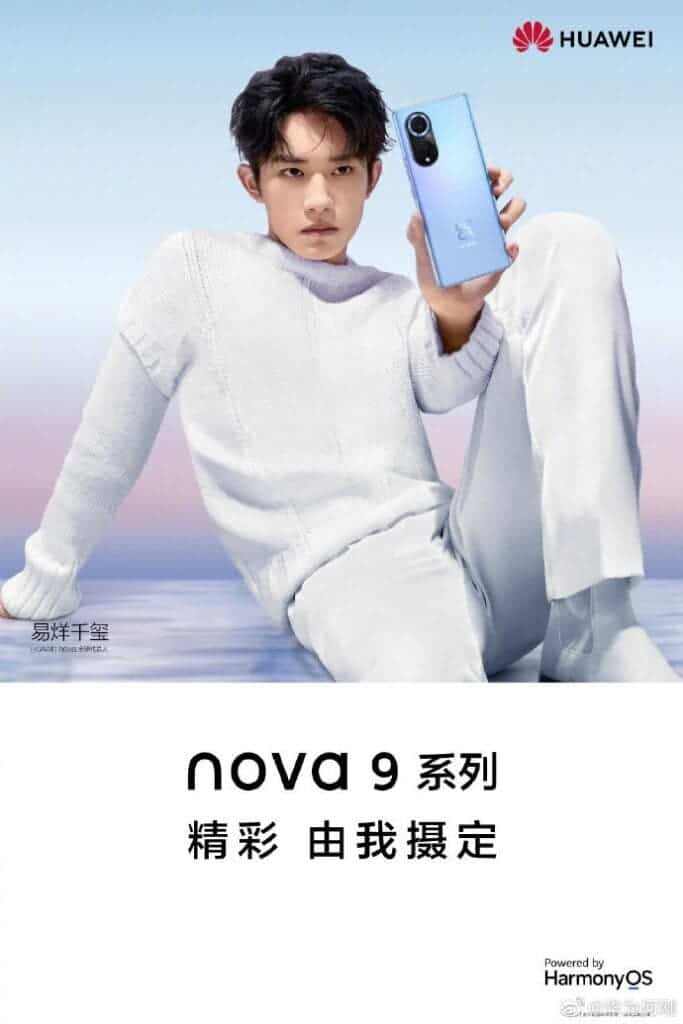 In fact, the past few generations of Huawei’s nova series are explosive models. With unique appearance design, innovative camera experience, and other features. The nova series has always been for the young folks.

For example, the Huawei nova7 released in April 2020 has launched a unique “color7”. With the change of different light, the color 7 will show a variety of different appearances. The Huawei nova8 series brought the “color8” feature. This is a combination of “dual film and plating” and AG anti-glare glass technology. Of course, the nova9 series will come with “color9”.

Judging from this warm-up poster, Huawei nova9 inherits the design language of the nova series. For example, the “color9” will be more fashionable this time, even the “nova” logo is placed in the same position on the back shell. At the same time, the curvature of the back shell frame seems to be greater than that of the previous generation. This will further improve the grip of the device.

Furthermore, He Gang believes that with the HarmonyOS 2, the Huawei nova9 series will be a sensation. He assures young folks that they will have better imaging and socialization. From this, we can expect some significant changes in the camera department of this smartphone.

As we all know, the Huawei Mate40 series and P50 series, despite all kinds of difficulties, still hit the road. If the nova9 series once again become a hot product and win the hearts of thousands of young people, it may be a good way to break the game for Huawei. Unfortunately, this series will probably not launch outside China. Huawei is not so keen on non-Chinese launches these days