In appearance, the Xiaomi electric car M1 adopts a streamlined body design. It looks simple and stylish, and the wheels have a unique texture. So if the upcoming model has a similar look, it will be quite easy to attract new customers. 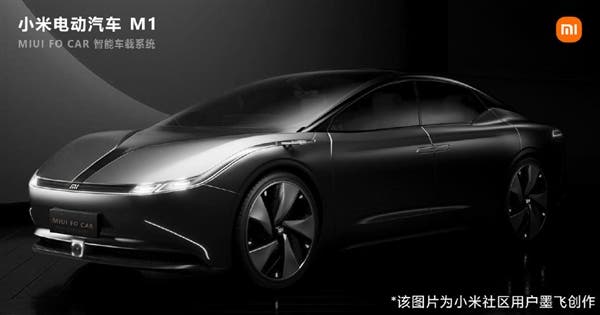 Although this is just the Xiaomi electric car in the imagination of “Mo Fei”, who says that such a bold imagination won’t inspire designers. Moreover, we guess other users will create their own renders as well.

In March of this year, Xiaomi CEO Lei Jun officially announced its entry into the smart electric vehicle industry. At the special event, the company said that it will invest 10 billion US dollars in the next 10 years.

Lei Jun said that Xiaomi Auto is the last major entrepreneurial project in his life. He added that at this time he is willing to crush all his reputation and fight for the Xiaomi car idea.

On September 1, Xiaomi officially announced that Xiaomi Motors officially completed the industrial and commercial registration. The company name is Xiaomi Motors Co., Ltd. and the registered capital is 10 billion yuan ($1.55 billion). The founder, chairman and CEO of Xiaomi Group Lei Jun is personally serving as the legal representative. 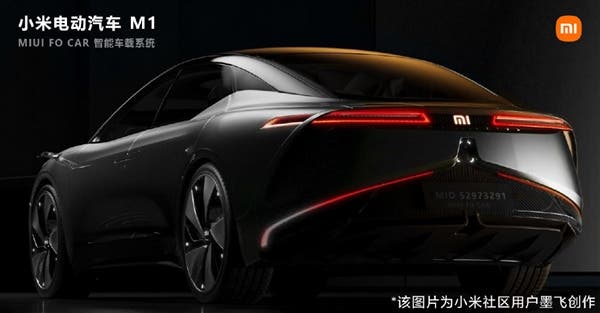 Lei Jun said that ‘Xiaomi has a large project and has prepared $10 billion.’  So there is every reason to think Xiaomi has sufficient funds to invest in building cars. The latest financial report shows that in 2020 its annual revenue was 245.9 billion yuan ($37.59 billion). Plus, its cash reserves exceed 100 billion yuan ($15.29 billion).

Interestingly, in the group photo of the core team of Xiaomi cars shown by Lei Jun, we saw the chief designer of the exterior of the BMW iX model. Thus simply means that the Xiaomi cars may have the quality of a luxury brand.

Lastly, recently, we heard that China Evergrande Group is in talks with Xiaomi to sell 65% of its electric vehicle division. Of course, the negotiations are still at an early stage. But there is no smoke without fire.