Infinix Hot 11S is set to hit the store shelves in India soon as the latest entrant in the company’s well-received Hot-series smartphones. Last month, the phone’s imminent launch in the country was confirmed. An earlier report suggested that the handset could arrive in mid-September this year. Moreover, key specifications of the Infinix Hot 11S were revealed, despite the lack of official confirmation.

The Hong Kong-based tech company has finally confirmed that the Infinix Hot 11S is coming to India. The much-awaited Hot 10S successor is tipped to come with a host of awe-inspiring features. It is worth mentioning here that the Hot 11S is quite similar to the newly launched Redmi 10 Prime. For instance, the two handsets pack MediaTek Helio G88 chipset under the hood. Moreover, they both house a 50MP main camera at the back. Details about the Hot 11S specs and pricing in India will be announced next week.

Taking to its Twitter account on September 7, Infinix India hinted at an imminent launch of the Hot 11S in the country. The company will be launching the new phone on September 17. Aside from confirming the phone’s official unveiling date, the tweet comprised a teaser of the Infinix Hot 11S. Furthermore, the phone will go on sale via Flipkart, according to 91mobiles. While nothing is set in stone yet, earlier reports suggest that the 6GB RAM + 64GB storage model will retail for INR 10,999 (about $150). The budget handset will be priced just under INR 9,999 (about $136).

#FastForward to super performance like no other with Infinix #HOT11S! Launching soon! pic.twitter.com/kvSE05HQmT

As mentioned earlier, details about the Infinix Hot 11S smartphone’s camera setup and processor have been revealed. The company has already confirmed that the upcoming handset will pack a MediaTek Helio G88 processor. Moreover, the aforesaid teaser image hints at a 50MP main camera at the back. Furthermore, the device is tipped to house a triple camera module with a quad-LED flash at the back. In addition to that, the phone’s rear panel will house a fingerprint scanner. These specs have been confirmed so far. 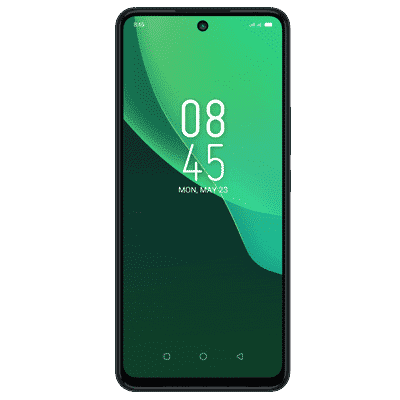 The phone recently made an appearance on Google Play Console with a slew of other key details. The listing revealed that Infinix Hot 11S will ship with up to 6GB of RAM and offer 128GB of onboard storage capacity. On top of that, it will sport an eye-catching display that offers FHD+ resolution, coupled with a 90Hz refresh rate. Regrettably, details about the exact screen size are still scarce. The phone’s battery is likely to offer 18W fast charging support via USB Type-C. Since the Hot 10S uses a 6,000mAh battery, the Infinix Hot 11S could pack the same capacity cell. The rear panel has a wave pattern, and it will be available in Polar Black, Purple, and Green color options.