The first Amazon TV models are the Amazon Fire TV Omni Series and the Amazon Fire TV 4 Series. Each version offers different screen sizes and they all support 4K video. Next month, they will become available for purchase through Amazon.com and Best Buy.

The Amazon TV Omni Series, just like the $120 Fire TV Cube, supports voice commands without a remote control. Users can speak to the TV directly demanding any TV show or movie, music, weather check, smart home control, etc. There is a microphone switch at the bottom of the screen, allowing the user to turn it off. 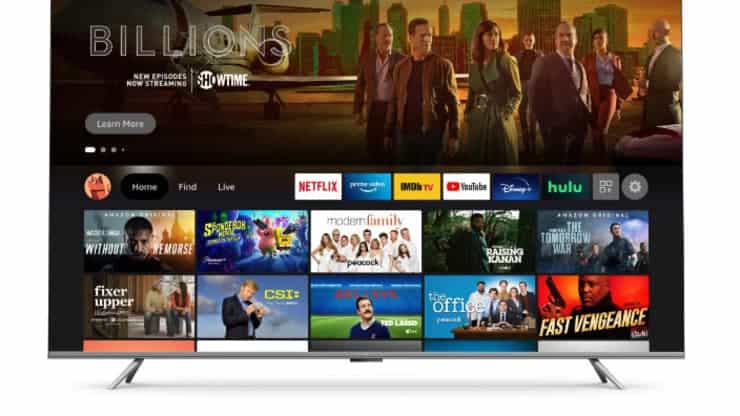 In contrast, the Fire TV 4 Series series also integrates Alexa. But you must tap the Alexa button on the voice remote control, instead of speaking to the TV anywhere in the room like using the Omni series. Users can ask Alexa to play certain movies, TV shows, etc., or ask questions about sports scores and weather like any Fire TV device.

The Amazon TV Will Help The Company To Maneuver

Until today, Amazon has been selling streaming sticks that plug into TVs. Also, it has been working with other manufacturers, like Toshiba and Insignia in the U.S., to build TV sets with its own Amazon Fire interface. The latter offers voice control and easy access to Amazon Prime video and other streaming services.

Amazon said it will offer an update later this year that lets customers control smart home appliances and other smart gadgets around their home. For this, you will only use a software dashboard that appears on the TV.

Not surprisingly, its closest rivals such as Roku and Google have followed a similar path with plug-in sticks and third-party manufacturers. But Amazon is the first of those to launch its own TV.

Well, it’s been an expected move by Amazon, which will give Amazon the power to set its own prices. In other words, this company will be able to undercut competitors the way it does with its Fire tablets. As you know, they cost much less than the Apple iPads.