iQOO Z5 India launch date has been tipped, while the imminent launch of the iQOO 8 and 8 Pro in the country has been pushed back. The popular Chinese smartphone brand has been hard at work on a much-awaited iQOO Z3 successor dubbed, the Z5. The smartphone has already made appearances online in the form of an IMEI database listing. The phone carried model number I2018. Aside from that, the company is gearing up to unveil the iQOO 8 Pro in the country later this month.

Ahead of its imminent launch, the iQOO 8 Pro arrived on Geekbench Now, in a new development, a noted leaker has revealed that the company will not launch the iQOO 8 Pro. Instead, the well-received brand will be taking the wraps off the iQOO Z5 for the Indian market. It will succeed the iQOO Z3 5G, which made its debut earlier this year. The upcoming iQOO handset has been floating around the rumor mill and has been subject to multiple speculations. However, its IMEI database listing has shed some light on what the device has to offer.

According to renowned tipster Debayan Roy (@GadgetsData), the Z5 could arrive in India in September this year. Regrettably, details about the exact date are still scarce. If iQOO is actually gearing up to unveil the smartphone, the company is likely to start teasing it on various social media platforms soon. Before this, the company has already made a couple of major announcements after the iQOO 7 and the iQOO 7 Legend. The word on the street is that the company is also working on an iQOO Z5 Pro.

It is worth mentioning here that iQOO launched the iQOO 8 and 8 Pro in China in August this year. However, Roy claims that the company isn’t planning to launch the aforesaid handsets in India anytime soon. Nevertheless, both phones will launch in the country at some point in time. In other words, it is highly unlikely that the iQOO 8 series will see the light of the day this month. According to 91mobiles, the phone could arrive in India before this year comes to an end.

The iQOO Z5 Pro, on the other hand, has already appeared on TENAA carrying model number V2148A. The Z-series has never had a Pro model in the past. Details about its specifications are few and far between. However, the iQOO Z5 could offer notable upgrades over its predecessor, which came with an IPS LCD panel. The iQOO Z5 could retail for around INR 25,000 (about $340), according to a NewsBytes report.

Despite the lack of an official confirmation, earlier reports suggest that iQOO will be unveiling the iQOO 8 with a 6.56-inch AMOLED display. This mammoth screen will deliver 2,376 x 1,080 pixels resolution, coupled with an aspect ratio of 19.8:9 and an impressive refresh rate of 120Hz. Furthermore, the device is likely to pack a Qualcomm Snapdragon 888 processor, paired with up to 12GB of RAM. It will ship with 256GB of onboard storage and feature an Adreno 660 GPU under the hood. 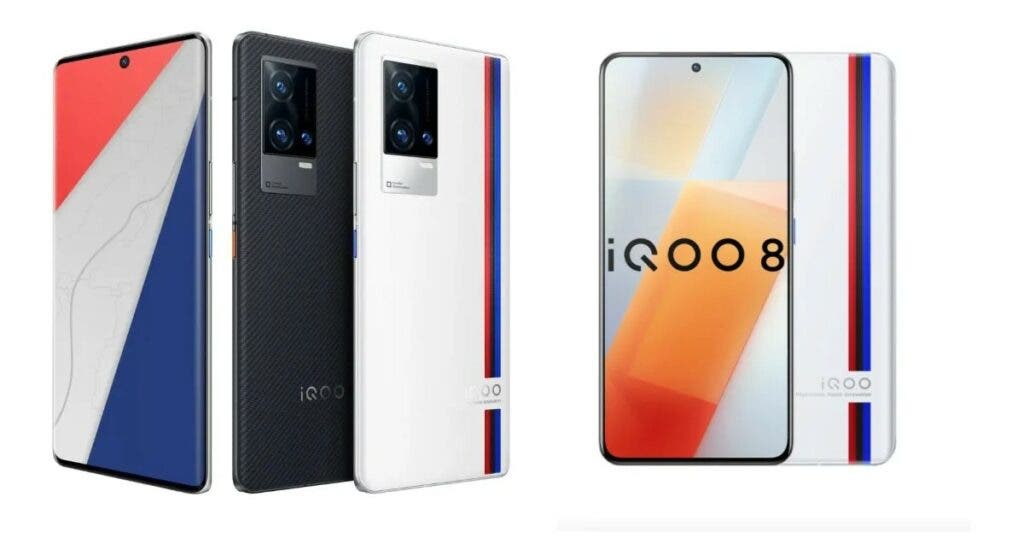 In the photography department, the iQOO 8 could come with a 48MP main camera by Sony at the back. Aside from that, the device could house a 13MP ultra-wide-angle camera and a 13MP lens for portrait photography. For selfie addicts, the phone features a 16MP shooter on the front.. Moreover, this selfie camera can be used for video calling.