The YouTube age apparently is threatened by the advent of TikTok and its short video format. According to a report from app analytics firm App Annie. In the US, ByteDance’s app first overlook YouTube in August last year, and as of June 2021, its users watched over 24 hours of content per month, compared with 22 hours and 40 minutes on Google’s video platform. In the UK, the difference is even more impressive. As per the report via The Verge, TikTok overtook YouTube in May last year, and users there now reportedly watch almost 26 hours of content a month, compared to less than 16 on YouTube. 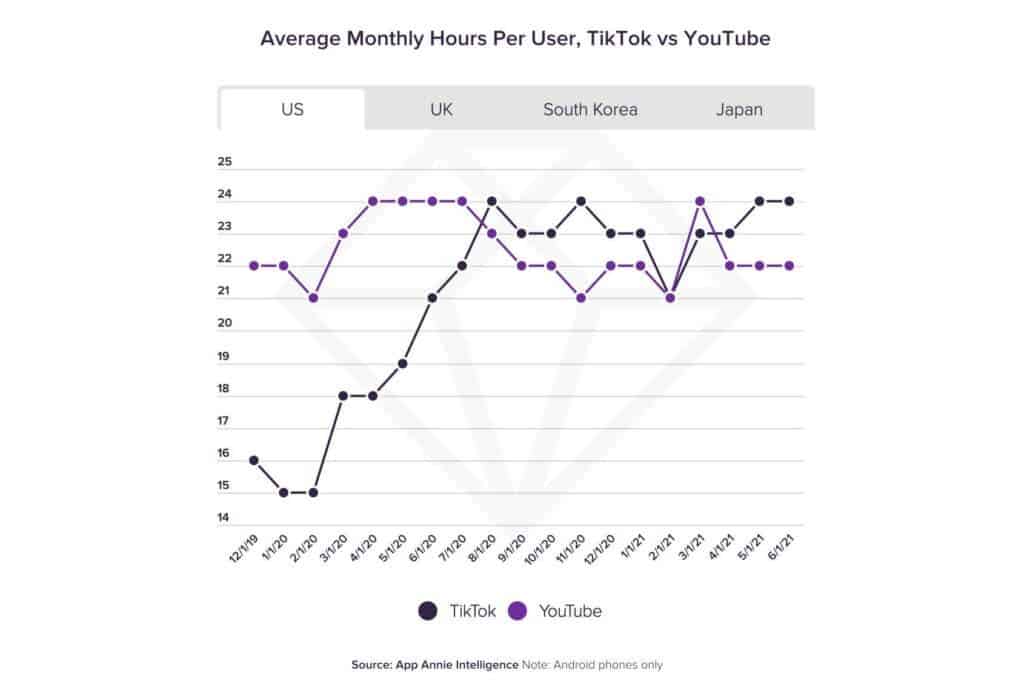 The figures only include viewership on Android smartphones. However, they may not be representative of mobile users as a whole. Anyway, they are enough to show TikTok’s impressive rise over just a few short years. This is even more impressive when we take in mind that it has a three-minute cap for all its videos. YouTube users’ preferred format usually has around 10 minutes. The growth is even more impressive when we take 2020 into consideration. During the last year, TikTok faced continuous threats. It was almost banned in the US amidst chaotic negotiations during Trump’s administration. Now, it apparently is over, as new President Biden has revoked Trump’s executive orders. 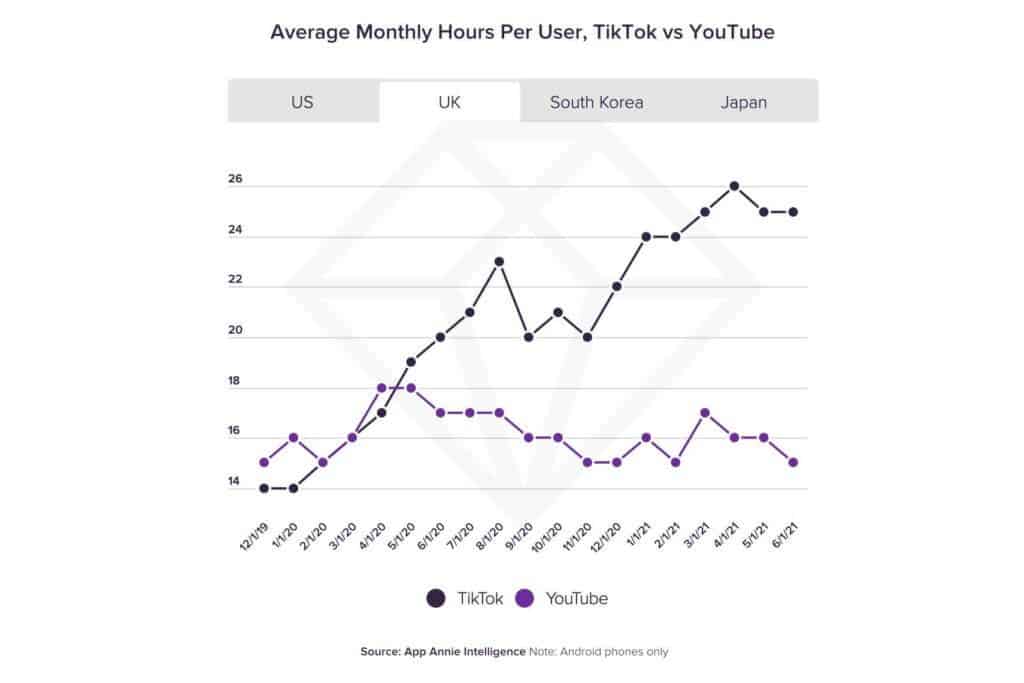 YouTube, still is ahead in time spent overall. Of course, the company still has a stronger base with more than two billion users. Meanwhile, TikTok is carving its 700 million users amount. Also, excluding iOS users and users of the app renamed Douyin in China, YouTube is still number one in terms of time spent on Android smartphones. This goes when we take the “Social and Entertainment Apps” category. There, TikTok sits at number five behind three Facebook apps: Facebook, WhatsApp, and Instagram. Furthermore, users are spending more money on YouTube than TikTok across both iOS and Android worldwide (except for Chinese Android users), according to The Verge.

Read Also:  iOS 15 launches on September 20: Check here if your device is eligible

You may be curious about the reasons behind TikTok’s unprecedented success. According to App Annie, the reason has to do with the “Short-Video, authentic content and live streaming” that the platform offers. Therefore, it’s not a big surprise to see YouTube deploying Shorts as its own competitor for TikTok’s short-form video. The new feature is still in an early stage but has the potential to become big in the platform.

Next OnePlus Buds Z2 To Launch In India Later This Year, Design Revealed

How to transfer data from old phone to iPhone 13