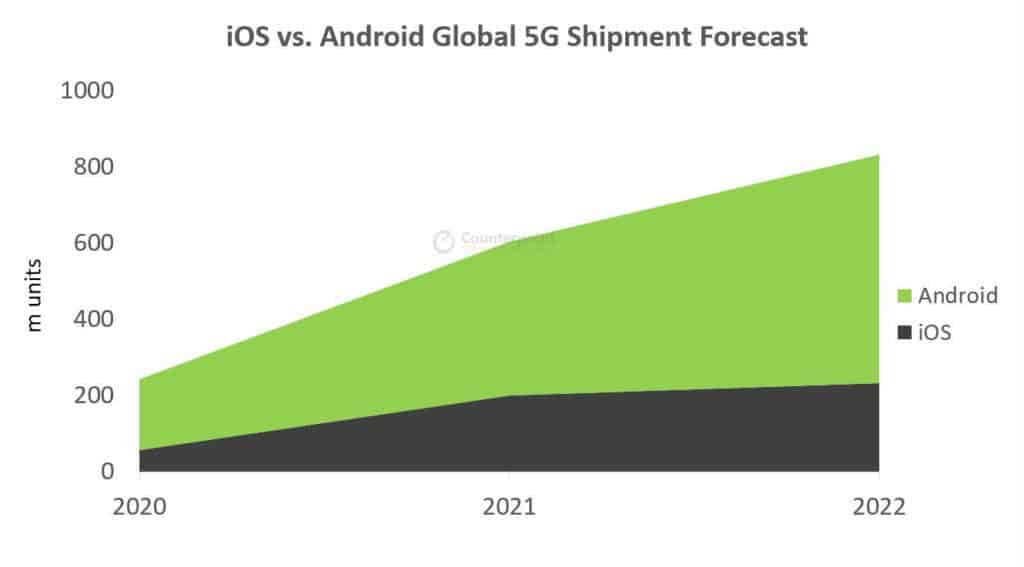 Furthermore, Counterpoint also believes that the promotion of 5G mobile phones by North American operators is also the key to Apple’s one-third share of the 5G mobile phone market.

Taking the US market as an example, T-Mobile, Verizon, and AT&T are all very actively encouraging users to get 5G smartphones. This has made the iPhone 12 series very attractive in recent months.

Apple has previously announced that the autumn conference is scheduled for September 14th, US Western Time, at 1:00 AM on September 15, 2021, Beijing time. The company will unveil the iPhone 13 series as well as other devices at this event.

Users are not so keen on the iPhone 13 series

According to a recent survey by Savings, only 10% of iPhone users plan to upgrade to a new iPhone 13 series. Over 1,500 Apple smartphone users participated in the survey. Of those surveyed, only 10% said they plan to purchase an iPhone 13, while 64% of survey participants said they were not going to upgrade their smartphone.

More than a quarter (26% of the respondents), found it difficult to answer. Of those planning an upgrade, 33% own an iPhone less than a year old. The survey respondents expect the new Apple smartphones to have better cameras, more battery capacity, and support for satellite communications. 8% of respondents are waiting for new colours, and another 4% still hope that Apple will return a fingerprint scanner.

In July, a JPMorgan analyst said the iPhone 13’s sales potential could exceed investor expectations. The bank expects Apple to sell 226 million new smartphones in fiscal 2022. Other investors expect sales of 150-210 million units. The new series will have a smaller camera cutout on the bezel, high refresh rate screens in Pro versions, improved cameras, and satellite support for emergency calls. More details about the capabilities of Apple’s new smartphones will be official on Tuesday, September 14.