Huawei has been quiet for the biggest part of this month, but after many delays, the company unveiled its Huawei P50 series in July. Now, as promised, these flagship smartphones are coming to global markets. The Chinese firm has scheduled a new product launch event for October 21 in Vienna, it will start at 3 PM CET and will be hosted by Mr. Derek Yu – President, Central Eastern Europe, Nordic, and Canada, Huawei Consumer Business Group.

Huawei has scheduled an event for October 21

Unfortunately, the launch of the Huawei P50 series is just our guess right now. The company hasn’t revealed the name of the products it is going to launch on October 21. However, considering how strict are the possibilities for Huawei due to the US ban and its roots, we can only expect that the company is bringing the Huawei P50 series since it has been planned before. The invite hints at the launch of smartphones, so it’s really possible that we’re going to see the new Huawei P50 and P50 Pro going official globally. 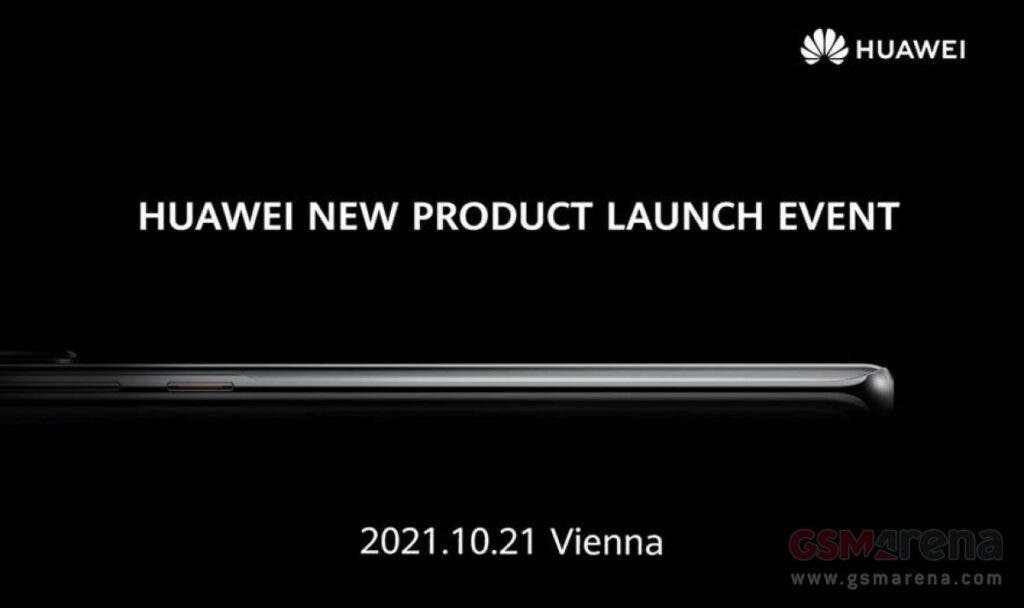 The Huawei P50 series will probably be the only flagship smartphone series released by Huawei. The Huawei Mate 50 series has been reportedly canceled this year, and we may not see new Mate smartphones until the next year. However, we can see more smartphones coming such as the Huawei Nova 9. The device will hit the shelves on September 23 in China.

The company may also bring its latest Freebuds to global markets and a new wireless charger. The big question now is whether the Huawei P50 and P50 Pro will be relevant for global customers or not.

The Huawei P50 Pro is available in Kirin 9000 and Snapdragon 888 4G flavors. Due to the multiple rounds of sanctions applied on Huawei’s shoulders, the company can’t launch a 5G smartphone across the global markets. Therefore, the new flagships will be behind others in terms of connectivity. We’re in 2021, and most of the flagship smartphones from other manufactures already have 5G. Even, mid-range and low-end smartphones are starting to play with the connectivity. We know that for some markets 5G isn’t a thing yet, but when you’re paying for a flagship, you certainly want to get the best of technology available.

The Huawei Nova 9 may also come and it’s a compelling smartphone for premium mid-range enthusiasts. The device has a 6.57-inch OLED display with a Full HD+ resolution and runs Qualcomm Snapdragon 778G SoC.

Next Will Apple skip iPhone 13 series and release the iPhone 14 series?