Xiaomi is gearing up for its next big global event where it will reveal the Xiaomi Mi 11T, the Xiaomi Pad 5, and a set of new products. The event will happen on September 15, and apparently, the company is bringing a lot of other products to the global markets. According to a recent report from 91Mobiles, the company will bring its new Xiaomi Smart TV Q1E 55-inch, the new Mi Band 6 NFC, and the AX3000 Mesh system at the very same event.

The report comes in collaboration with the very reliable tipster Ishan Agarwal. According to him, the company is bringing a slew of products to tomorrow’s global event, some of them have been greatly anticipated by global customers such as the Mi Band 6 NFC version. The new Smart TV also shows that Xiaomi is trying to build up some strength in the global market of smart TVs. Unfortunately, not much is known about this new smart TV. However, reports suggest that it can be a rebranded version of its existing 55-inch smart TV in China. For now, it’s unclear if this is an OLED panel. 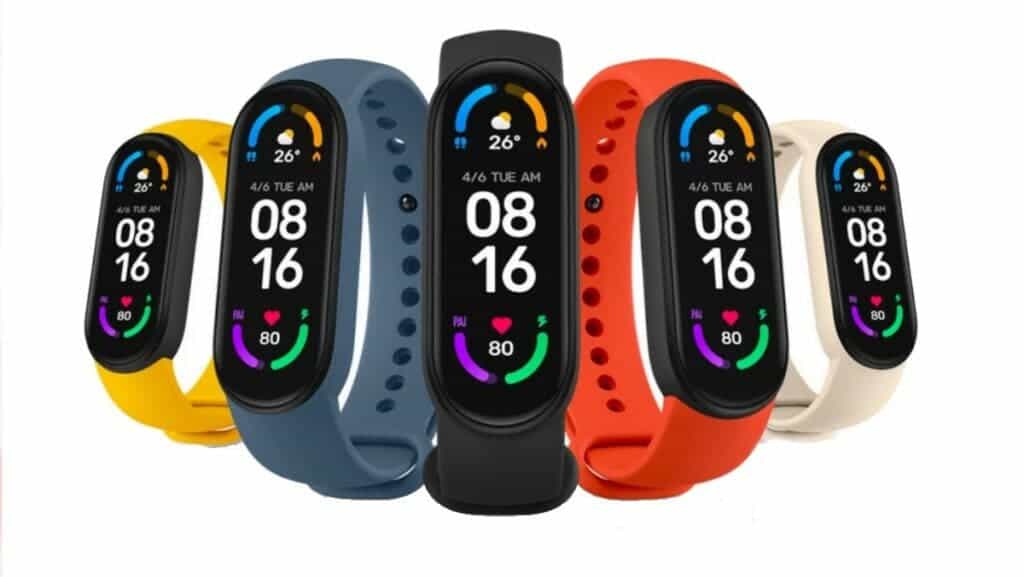 In addition to the smart TV, Xiaomi will also unveil the new Xiaomi Band 6 NFC. It is likely to come with the same set of features in the original Band 6, with the obvious change being the NFC inclusion. There’s more, if it’s coming to European markets with NFC, we suspect it will offer support for cashless payment systems. The overall set of specs is the same and includes a 1.56-inch AMOLED screen with support for over 130 watch faces. Moreover, the wearable comes with 24-hour heart rate continuous tracking. There is also a SpO2 sensor and automatic workout detection for six distinct exercises.

The Chinese firm will also disclose its new AX3000 mesh system. This is only available in China for now, and tomorrow can cross the borders for the first time. It comes with a Gigabit 2.4 GHz dual-band 5G Wi-Fi 6 mesh network that packs 256 GB memory and 160 MHz bandwidth support. The device can list up to 128 devices at a time and has a maximum transfer rate of up to 3000 MB per second.

The new products are exciting parts of the show, however, the big stars here will be the new smartphones. Xiaomi is updating its Mi T-series of smartphones, this time around without the “Mi” logo. As previously announced, the company is dropping the “Mi” branding on its smartphones, and the new devices will come with Xiaomi 11T and Xiaomi 11T Pro monikers.

Next Oppo A16 to hit India later this month