Chuwi are quite the experts in tablet and laptop category, but recently they have been trying to break out with mini PC models too. And with the new RZBOX they are surely turning some heads. It is equipped with the AMD Ryzen 9 4900H processor as the world’s first mini PC and as that it’s worth a closer look. After all the Ryzen 9 4900H is the most powerful processor in the whole Ryzen 4000 mobile series.

The AMD 4900H is part of ADM’s third-generation Ryzen 4000 series APU, which has been upgraded from 12nm to TSMC’s 7nm process. Using the Zen2 architecture and the third generation of Radeon GPU, it stands tall with 8 cores and 16 threads. These are clocked at 3.3 GHz (guaranteed base clock) to 4.4 GHz (Turbo) and offer TDP of 35W-54W. According to AMD official information, Ryzen 9 4900H is the most powerful processor in the Ryzen 4000 series. And its performance per watt of power consumption increased twice compared to the previous generation. 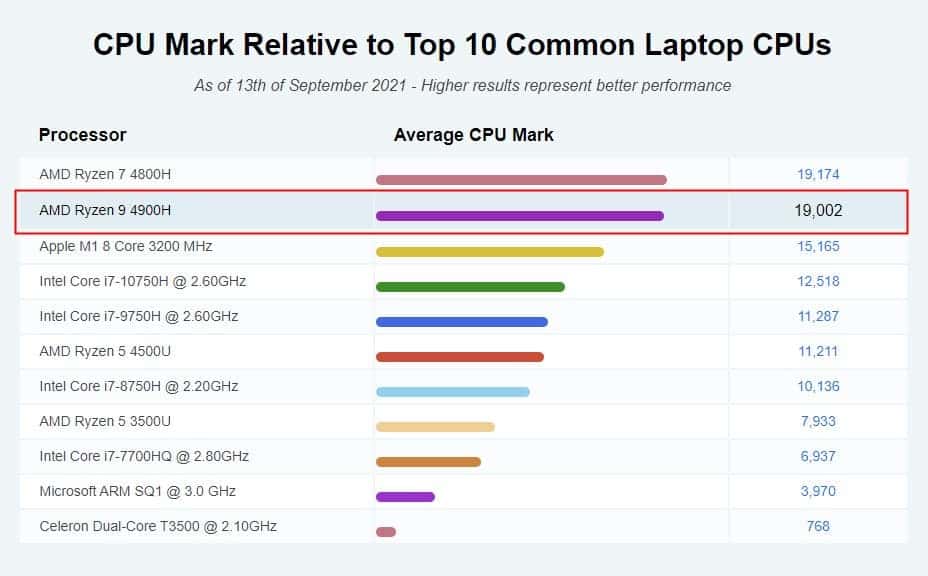 RZBOX’s Ryzen 9 4900H scored 1129 single-core points and 6745 multi-core points in the CPU Benchmark score. An improvement of more than 38% over the best-selling flagship CPU Ryzen 5 4600H. The 4900H is 25% higher than the average score test of the Apple M1 octa-core processor too. According to the data the processor is in top 10% of computer CPU’s in the world. And of course scores very favorably against the Intel counterparts too.

8-core Radeon Vega 8 core GPU is a beast too

Built-in AMD Radeon RX Vega 8 Graphics is quite a performance beast too, featuring the latest 7nm made process. With 8 cores clocked up to 1750MHz, the chip also supports HEVC/VP9 codecs and other 4K60fps hard decoding options. According to the iGPU-FP32 evaluation score, the Radeon 8 Series GPU’s  score of 1792 points is very close to Intel’s 2021 most powerful independent graphics card Iris Xe MAX 1933 points. The difference is only about 7%,  so the performance is comparable to the current powerful mainstream notebooks. And Radeon graphics have famously some advantages with the software features and perks. 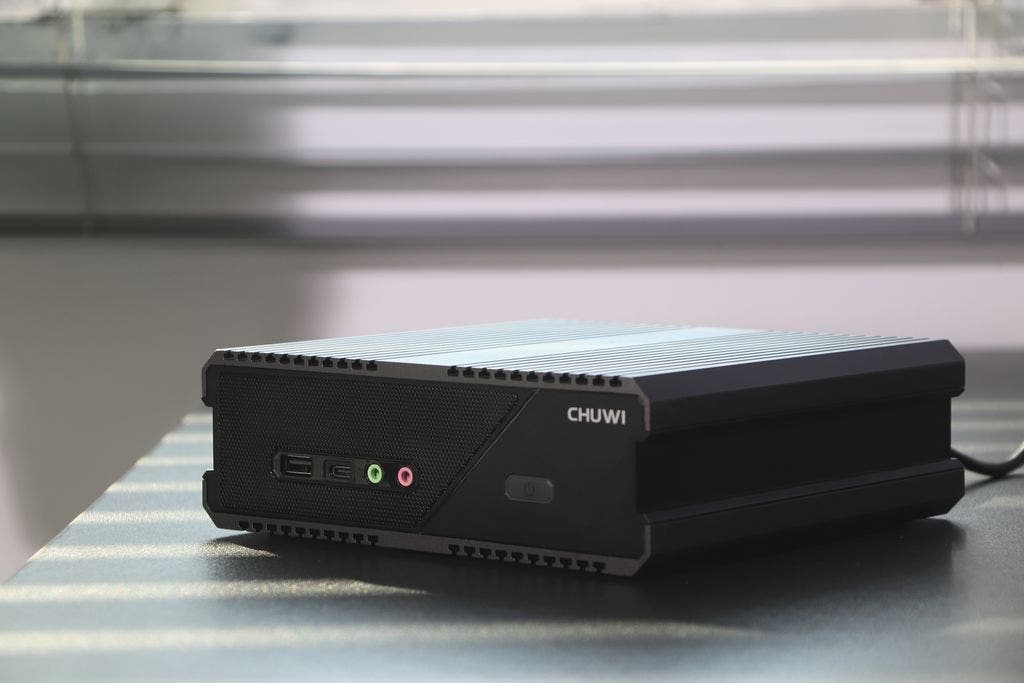 In the real-world gaming tests, the 4900H with Radeon Vega 8 Graphics fares pretty well too. It can run the latest NBA2K21 smoothly, staying above 60fps. Or OVERWATCH averaging over 68fps, eventually FORTNITE or APEX LEGENDS all sitting around the stable 60fps mark. And in video rendering decoding tests AMD Ryzen9 4900H scored great compared to i9-9980H. With 23% improvement in Handbrake video transcoding performance and 56% improvement in Blender image rendering performance. RZBOX is quite likely one of the most powerful MINI PC computers around. 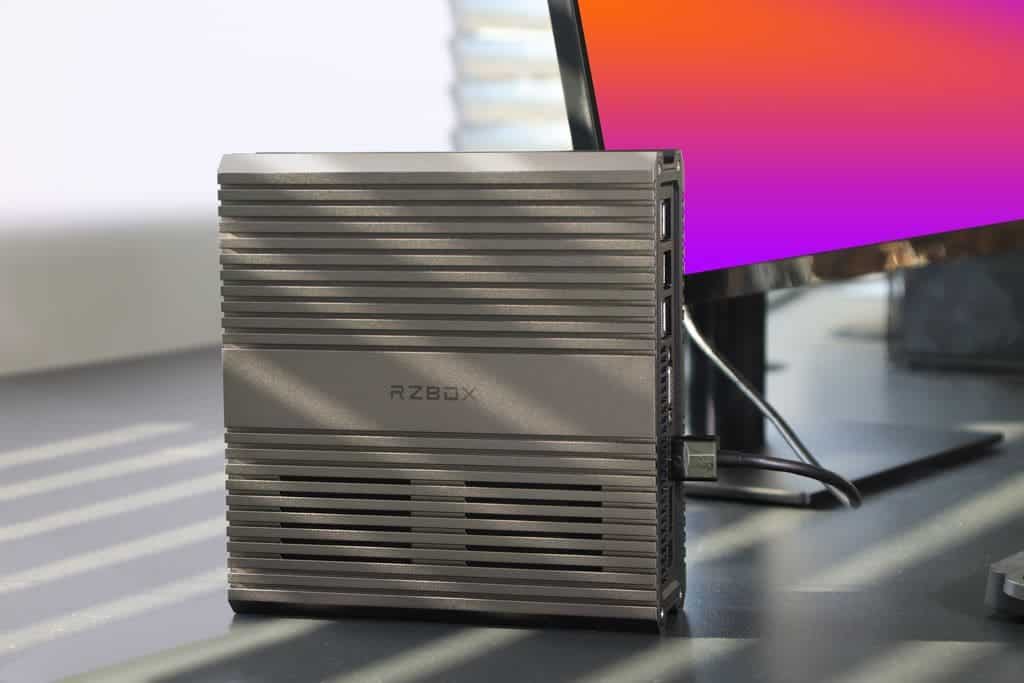 With 9004 points in PCMark10 score, 7838 points in Productivity Metrics, and 5099 points in Digital Content Creation, the overall mini PC performance is top notch. And it even survived the burn-in test in Geeks3D Furmark with flying colors. Showing stable and excellent performance with temperatures under control, even when the GPU is under high load for a long time.

Ryzen 9 series 4900H processors are currently mostly used in gaming grade laptops and workstations laptops. With pricing pricing often in the $2000-$3000 range. And it is one of the most cost effective high-end processors. The AMD 4900H-equipped RZBOX is initially expected to be priced between $500-$600. Vowing to popularize the high-end processor with superb performance in the mass market.  The RZBOX is expected to be the best price-performance ratio MINI PC in 2021. 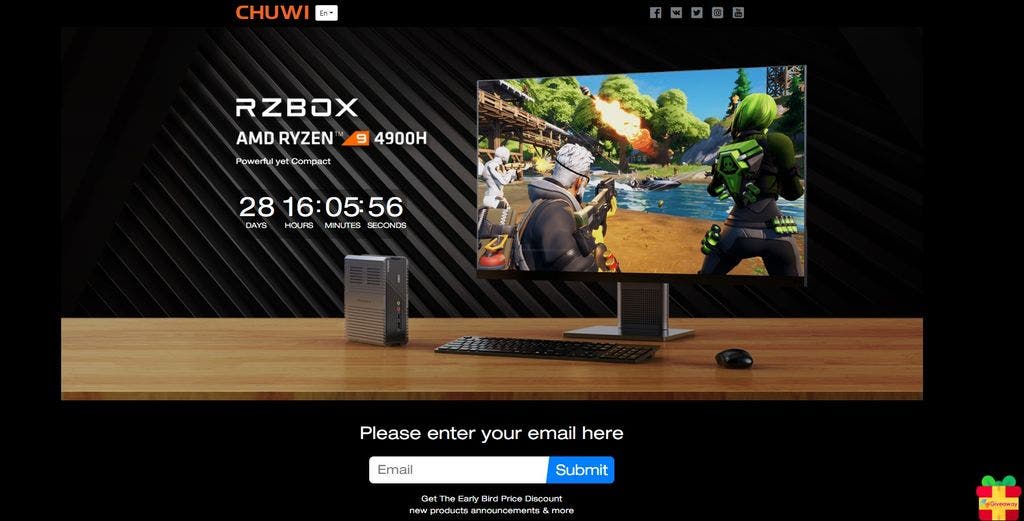 RZBOX is already up on the presale page on the official Chuwi website. You can subscribe with your email in there, to get a limited time discount and all the special offer alerts. There is also a giveaway currently happening with 10 free units of RZBOX being handed out. So make sure to check it, subscribe and try your luck.