According to recent reports, the self-developed Google Tensor chip on Google Pixel 6 Pro may be faster than Qualcomm Snapdragon 888. The report claims that this processor may become one of the fastest chips in the Android camp. Most of the ARM processors on smartphones currently use the “big.LITTLE” architecture, which consists of high-performance cores and low-power cores. The high-performance cores are responsible for processing high-load scenarios such as games, and the low-power cores are responsible for processing low-load scenarios. 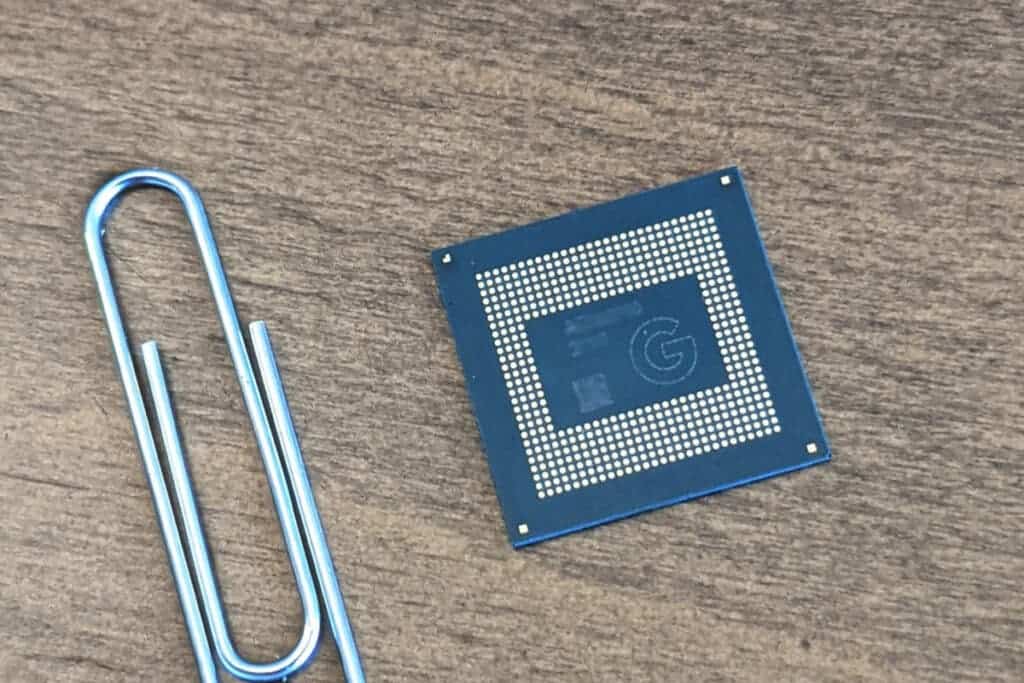 Both Samsung and Qualcomm’s flagship processors are a combination of this high-performance and low-power core, and they are designed with “1+3+4”, where “1” represents a super-large core. In contrast, the first Google Tensor chip of Google Pixel 6 Pro uses a “2+2+4” design. The first “2” represents a super-large core, which means it is more than Qualcomm Snapdragon 888. A huge core.

We know that the super-large core is more powerful than the large core. Reports believe that the Google Tensor chip may be faster than the Snapdragon 888. However, what is puzzling is that Google Pixel 6 Pro’s single-core and multi-core scores lag behind those of Snapdragon 888. Specifically, the Tensor chip consists of two Cortex X1 super-large cores, two large cores, and four small cores, with frequencies of 2.8GHz, 2.25GHz, and 1.8GHz, respectively.

In contrast, flagship processors such as Qualcomm Snapdragon 888 and Snapdragon 888+ all have a Cortex X1 super core. However, the X1 super core of Snapdragon 888+ has a higher frequency, breaking through 3GHz. It is worth noting that the Google Tensor chip is based on Samsung’s 5nm process, and it will be launched by the Pixel 6 series. According to the news announced by Google, the Pixel 6 series will be released this fall. We will have to wait for its official launch to see how the Tensor chip will perform.

The Google Pixel 6 comes with a 6.4-inch FHD+ display with a refresh rate of 90Hz. However, the Google Pixel 6 Pro uses a 6.7-inch QHD+ panel with a refresh rate of 120Hz. Both phones have three rear cameras, but the Pixel 6 Pro has a 4x zoom telephoto lens. According to reports, the Pixel 6 and Pixel 6 Pro will get five years of software updates. This includes four years of major Android updates. The company has officially confirmed that these flagship smartphones will launch this fall. However, some reports claim that they will launch in October. In terms of software, the Pixel 6 and Pixel 6 Pro will get the best experience under the support of the Material You dynamic theme of Android 12.

Next iPhone 13 series screen replacement could cost up to $400