Just recently, Vivo has unveiled its Vivo X70 series of smartphones in China. The lineup is composed of the Vivo X70, X70 Pro, and the X70 Pro Plus. The first two are cost-effective flagships featuring the Dimensity 1200 SoC / Exynos 1080 (for the Chinese Pro). The latter is a high-end model with the Qualcomm Snapdragon 888+. According to recent reports, the new smartphone series is coming to the Indian market. While the company is yet to confirm the arrival, the tipster Yogesh Brar has revealed that the new flagship series will debut on September 30.

For now, the lineup will only include two models, which according to the report are the Vivo X70 Pro and the X70 Pro+. That’s an interesting surprise, after all, one could think that Vivo would drop the Pro+ variant in favor of the cheaper duo. However, it seems that the Vanilla variant is being skipped here, or perhaps, Vivo will launch it at a later date. The second possibility is that Vivo has yet another Dimensity 1200-powered smartphone planned for the country, and it will be too similar to the Vivo X70, so it’s skipping it for now. 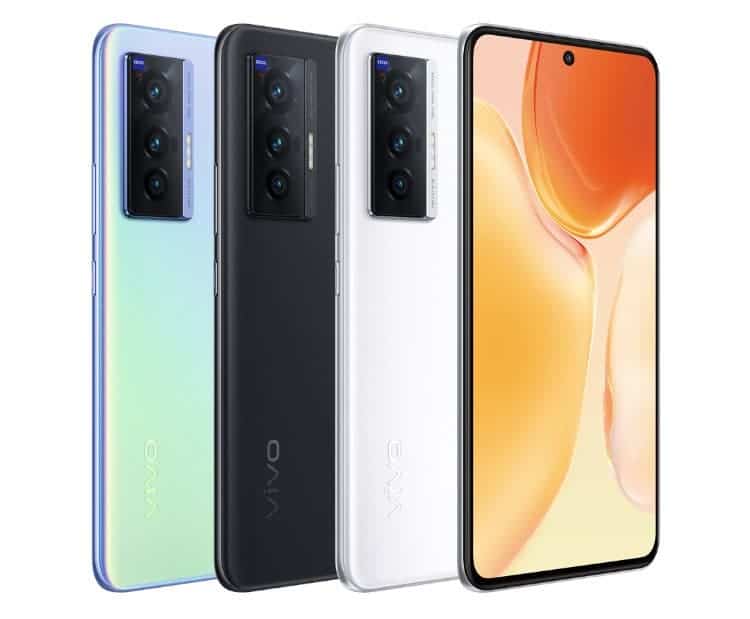 Another possibility is that the Vivo X70 is too similar to the Vivo X70 Pro. After all, the global variants come with the very same Dimensity 1200 as the Exynos 1080 SoC version is yet exclusive to the Chinese market. The big difference is that the X70 Pro has a curved display and a different camera setup.

In addition to the release date, Yogesh says that the pricing will be similar to the X60 series. For those unaware, these smartphones were released in the Asian country earlier this year.

The Vivo X70 Pro comes with a 6.56-inch Full HD+ Curved AMOLED display and a 120 Hz refresh rate. It runs with the Exynos 1080 SoC with up to 12 GB of RAM and 256 GB of Storage. However, Vivo may bring it with the Dimensity 1200 SoC, which should also make it lose its custom V1 ISP chip. Anyway, the device runs Android 11-based OriginOS 1 and has a Quad-Camera setup. There is a 50 MP primary camera, a 12 MP portrait lens, a 12 MP ultrawide module, and an 8 MP telephoto camera. Selfies and video calls are ensured by a 32 MP snapper. The handset draws powers from a 4,450 mAh battery with 44W fast-charging support.

The Vivo X70 Pro Plus has a 6.78-inch Quad HD+ Super AMOLED E5 display. It has a 10-bit LTPO panel with up to a 120 Hz refresh rate. On the back, there is a ZEISS-tuned Quad-Camera setup. It comprises a 50 MP main camera with OIS, a 48 MP ultrawide sensor, an 8 MP telephoto sensor, and a 12 MP portrait lens with OIS. The gimbal stabilization system is here as well as Vivo’s V1 custom chip. The device carries the Snapdragon 888+ with up to 12 GB of RAM and 512 GB of Interna Storage. It draws powers from a 4,500 mAh battery with 55W wired charging and 50W wireless charging.