Nokia has changed its approach for this year. Rather than launching smartphones for all the usual segments in the market, the company has been strongly focusing in the mid-range and low-end segments. Recent reports have been hinting at the release of a new budget device from the brand dubbed Nokia G50 5G. The device had rendered and some of its specifications leaked a couple of weeks ago. Now, the device is giving a further step for its launch as it has passed through the FCC certification process. The North-American listing also brings some details about the battery inside this handset.

As per the FCC listing, the Nokia G50 will indeed come with 5G connectivity, which is hardly a surprise at this point. Furthermore, the device will come with a huge battery of 4,850 mAh battery. Of course, we may see the company marketing this device with a 5,000 mAh typical capacity. The new smartphone passed through the Federal Communications Commission of the United States with TA-1370 / TA-1390 serials. The listing determines the device is safe to use with this battery at certain GSM, LTE, and NR bands, as well as Bluetooth and Wi-Fi frequencies.

FCC images aren’t very revealing, but previous leaks already had shown the smartphone’s design. It will be a mid-range device with a waterdrop notch at the top of the display. Furthermore, its main camera will have the circular camera island that has been a recurrent choice for Nokia smartphones.

According to tipster Roland Quandt, the Nokia G50 5G has a 6.82-inch HD+ IPS LCD screen. It has 4 GB of RAM and 128 GB of Internal Storage. Of course, we can expect it to come with a micro SD card slot for further memory expansion. Moreover, there is a Snapdragon 480 SoC at the helm that provides 5G connectivity. In the camera department, the device will have a 48 MP primary camera, a 5 MP ultrawide module, and a 2 MP depth sensor. Moreover, there is an 8 MP for selfies and video calls. 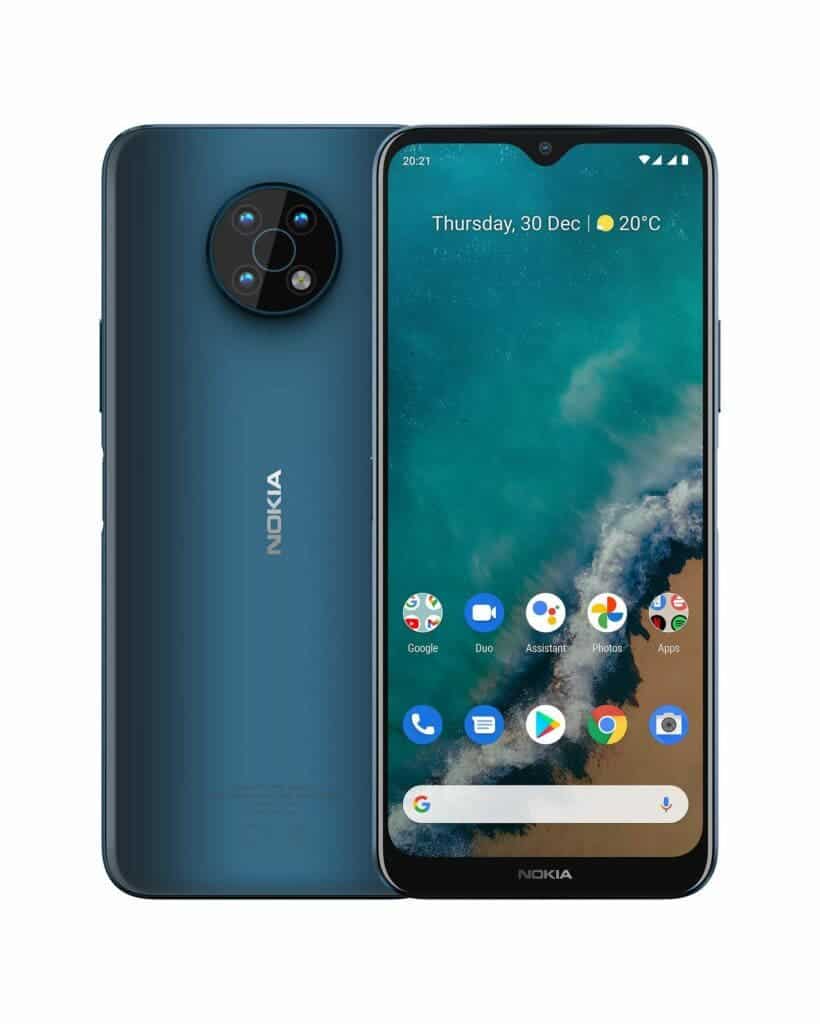 On the software front, the device will run Android 11 out of the box, which is hardly a surprise at this point of the year. It will weigh around 190 grams and will have an 8.5 mm thickness. Nokia is bringing it in two colorways – Ocean Blue and Midnight Sun. The device will cost under €269.

Next Samsung Galaxy Tab A8 2021 emerges in renders