Samsung Galaxy Tab S8 Ultra specifications have surfaced online ahead of the tablet’s imminent launch, hinting at its imminent launch. Earlier this year, Samsung ran a survey in Korea, revealing some vital information about its new tablet. Since then, the rumor mill has been churning out all sorts of speculations surrounding the Galaxy Tab S8 Ultra’s design, features, and specs. It is worth mentioning here that the leaks and rumors corroborated the details revealed in the aforesaid survey. 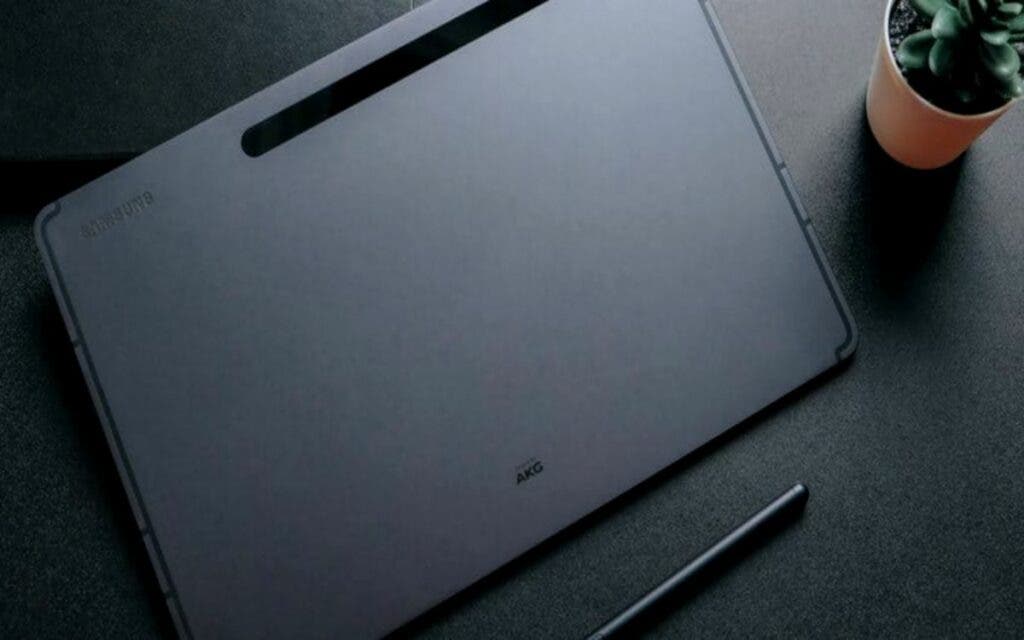 If earlier reports prove to be true, Samsung will unveil three models in the Galaxy Tab S8 lineup. Aside from a regular variant, the lineup will feature a Plus model and an Ultra model. On top of that, a report from GSM Arena suggests that the South Korean tech behemoth could unveil the Galaxy S22 smartphones at the Galaxy Tab S8 launch event. No prizes for guessing that of the three variants, the Ultra will boast top-end specs and features.

Noted tipster Ice Universe claims that the Galaxy Tab S8 Ultra will sport a mammoth 14.6-inch display that offers a high resolution of 2960×1848 pixels. This is likely to be a 3K resolution. Despite the lack of an official confirmation, the tablet is tipped to feature a Super AMOLED panel that delivers a high refresh rate of 120Hz. Aside from that, the tipster suggests that the Galaxy Tab S8 Ultra is codenamed SM-X906B. More shreds of information will be revealed when the model number will appear on various certification or benchmarking websites.

It is no secret that a large display requires a robust battery to keep the entire system powered up. According to Ice Universe, the Tab S8 Ultra will draw its juices from an 11,500mAh battery. Aside from that, the tablet could come with quad stereo speakers. Furthermore, the Galaxy Tab S8 Ultra is likely to adopt ultra-thin frames technology. Under the hood, it could pack an Exynos 2200 chip. The Galaxy Tab S8 series and Galaxy S22 series smartphones could launch either in January or February 2022. The device could run Android 12 OS out of the box with OneUI 4.0 on top.

Much to the delight of tablet loves, leading tech companies have unveiled their tablets this week. During the recently concluded iPhone 1 launch event, Apple unveiled the new iPad and the iPad Mini. Also, Xiaomi took the wraps off its Mi Pad 5. On top of that, Realme unveiled its first-ever tablet dubbed, the Realme Pad. It is highly unlikely that Samsung will not cash in on this opportunity to introduce a new tablet. More details are likely to surface online in the next few days.