The world of Android tablets certainly isn’t the most trending nowadays. While Apple gets all the highlights of the market with its iPad lineup boasted by a tablet-centric OS, Android tablets are something supported by a few select OEMs. Of course, there is still a niche for this kind of Android device, which explains why new companies such as Realme are joining it. Apparently, another popular brand will soon unleash a new tablet. According to recent reports, Motorola is planning to launch a new tablet in the Indian market. The tablet may be based on an existing Lenovo tablet and will carry Moto Tab 8 moniker.

Apparently, the launch date for the new tablet is drawing near as a recent teaser confirms it will come during the Flipkart Big Billions Days sale. The teaser does confirm that Motorola’s upcoming tablet will carry Moto Tab 8 moniker. Once again, it corroborates with the rumors of it being a rebranded Lenovo tablet. 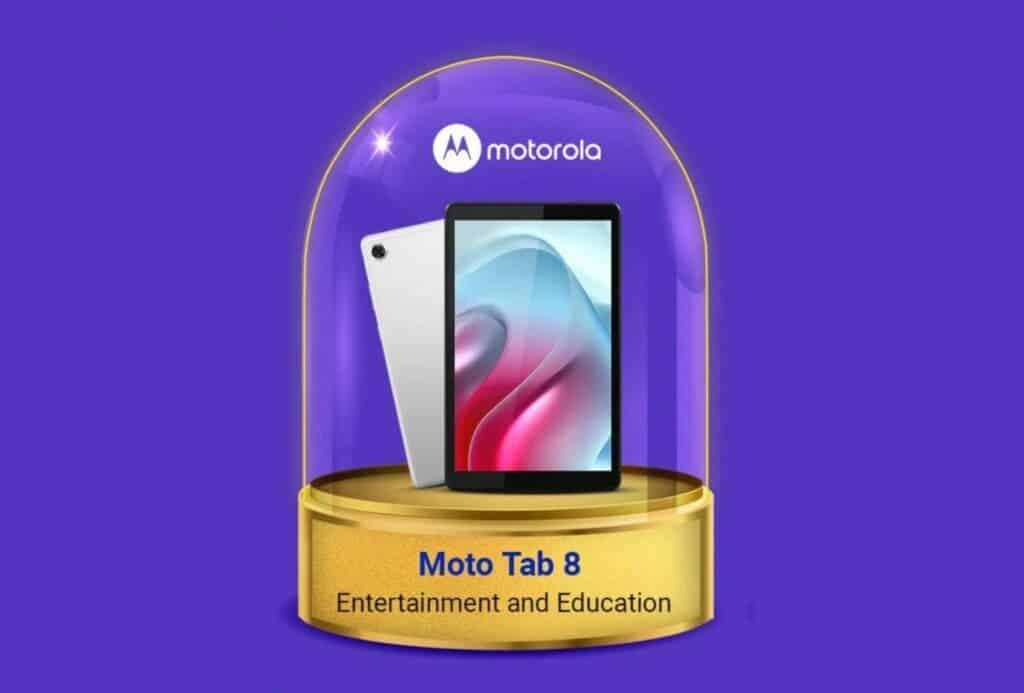 Unfortunately, Flipkart’s landing page has no information regarding the device’s specifications. For now, it only mentions that it will be available for entertainment and education. The appearance of the tablet also suggests it could be a rebranded version of Lenovo Tab M8 (FHD).

According to a 91mobiles report, the new Moto Tab 8 will reach the market in October. It will offer a stock Android experience, which may not be the best characteristic for certain users. After all, Google’s vanilla Android does not bring a separate experience for Android devices. Instead, users will have basically the same apps, but with a larger display.

Worth noting that the tablet represents a comeback to Motorola in the Indian market of tablets. The device is expected to hit the shelves with a price below $270. The last time the company launched a tablet was in 2017 with the Moto Tab. However, it didn’t help the company to gain popularity. Now, Motorola seems to be following the growing demand for tablets in light of education and remote work needs. The demand for tablets has increased in recent years due to the ongoing pandemic.

Considering the fact that the Moto Tab 8 can be a rebranded Lenovo Tab M8 (FHD), we know some of its specifications. For instance, The tablet features an 8-inch IPS LCD panel that offers a Full HD+ resolution of 1,920 x 1,200 pixels. Of course, this is a common 60 Hz panel. In terms of optics, there is a modest 5 MP selfie and a 13 MP rear camera.

Under the hood, we have the MediaTek Helio P22T Octa-Core with eight ARM Cortex-A53 cores. The Chinese device is available in 2 GB + 16GB and 3 GB + 32 GB storage configurations. The device has a micro SD card slot. It draws powers from a 5,100 mAh battery.