Motorola took a while to start its campaign in the flagship segment this year. However, the new contenders finally arrived a couple of months ago in the form of Motorola Edge 20, Edge 20 Pro, and Edge 20 Lite. The company unleashed them across global markets and India. However, the Asian country got only the vanilla Edge 20 and the Edge 20 Fusion, which is an Edge 20 Lite powered by the MediaTek Dimensity 800U SoC. Now, it seems that Motorola is planning to bring the Edge 20 Pro to the country. The company has started a teaser campaign on Twitter with the “coming soon” tagline.

It is time to meet the ultimate pro. Are you ready? We are. Stay tuned to know more! pic.twitter.com/8QEUVhB0ya

The Lenovo-owned company shared a poster that does not mention the Motorola Edge 20 Pro, at least not directly. However, it uses the word “Pro” and has a camera island matching the Edge 20 Pro’s design. The company even hid the 108 MP text on the right side of the cameras to not make the release too obvious. It’s easy to guess that this is the Edge 20 Pro, but apparently, Motorola wants to create some sort of hype using these cryptic teasers.

The company didn’t disclose when it will unleash the beast in the market. However, the report states it will reach the market in India on October 1. The reason is that the company has an event scheduled on that date that will unveil the Moto Tab 8 and a new Smart TV.

The Motorola Edge 20 Pro flaunts a 6.7-inch OLED screen with a punch hole in the center for the 32 MP selfie shooter. This display boasts a Full HD+ resolution and comes with an impressive 144 Hz refresh rate. The Edge 20 Pro is one of the few non-gaming flagships to sport a display with such a high refresh rate. Unfortunately, this isn’t in the same level as Snapdragon 888 smartphones, as it boasts the Snapdragon 870 which is still excellent anyway. The device comes with up to 12 GB of RAM and up to 256 GB of Internal Storage. However, we have to wait and see which configuration will be sold in the Asian country.

In the camera department, the device has a triple-setup with a 108 MP primary camera. The other two sensors are an 8 MP periscope telephoto unit and a 16 MP ultrawide unit. 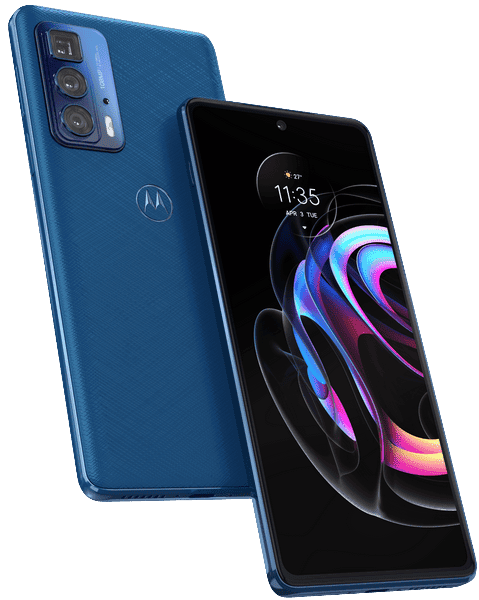 The Edge 20 Pro runs Android 11 OS and according to Motorola is eligible for Android 12. The company will not provide Android 13 alleging that users won’t keep this device for more than one year.

The Edge 20 Pro draws powers from a 4,500 mAh battery with 30W fast charging. We expect more teasers to come in the coming days ahead of October 1 event.

Next Realme GT Neo2 will use diamond thermal paste