Samsung Galaxy F42 is likely to hit the store shelves in India later this month as the smartphone makes an appearance on Flipkart. The Indian e-commerce giant is gearing up to unveil a new Samsung phone this month. Flipkart has hinted at the phone’s imminent launch in the country via its Big Billion Days sale teaser. It is worth mentioning here that Samsung’s Galaxy F-series goes on sale exclusively through Flipkart.

The word on the street is that the upcoming phone from the South Korean tech company will be the Galaxy F42. Furthermore, MySmartPrice claims that the handset will be a rebranded version of the Galaxy Wide5, which was launched recently. Regrettably, the dedicated microsite does not divulge key details about the smartphone. However, a support page for the upcoming device went live on the company’s official website earlier this month.

Flipkart’s Big Bang Reveals implies that the much-awaited Samsung Galaxy F42 smartphone could launch in India on September 29. It is worth noting that the dedicated microsite does not confirm the moniker. Nevertheless, there are multiple hints suggesting that it will be the Galaxy F42 5G. As mentioned earlier, the Galaxy F42 5G will be exclusively available via Flipkart. However, Samsung is still mum on this yet. The “F” moniker usually alludes to a Flipkart-exclusive smartphone from Samsung. 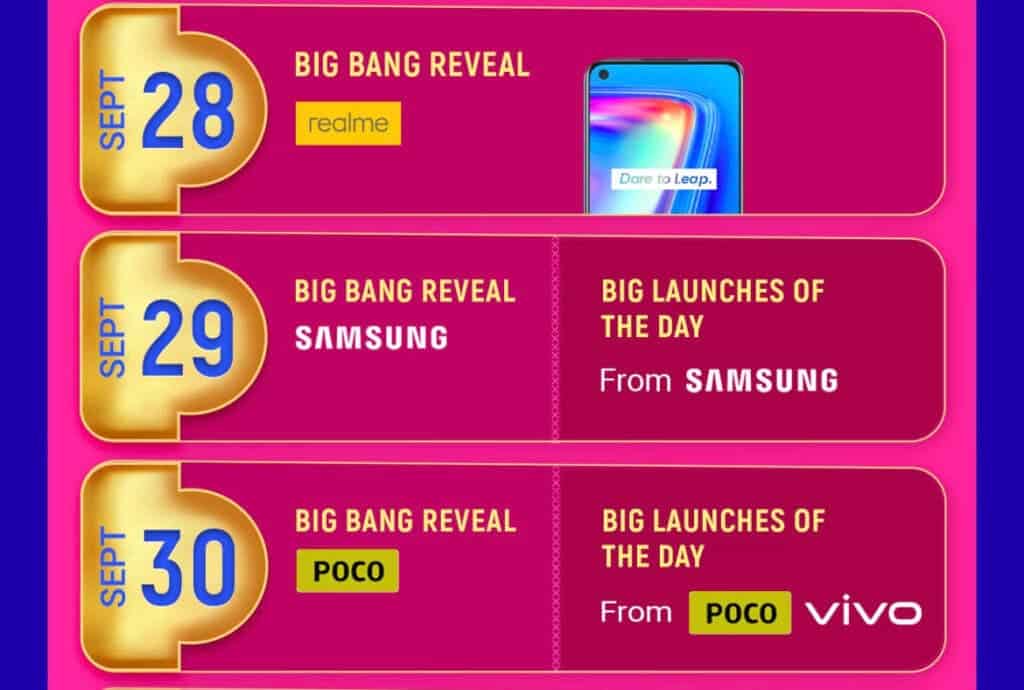 Furthermore, Samsung has kept details about the Galaxy F42 5G under wraps. In other words, it is the only unannounced Galaxy F-series smartphone. It seems safe to assume that the F-branded device will launch on September 29 via Flipkart. Last month, noted leaker Debayan Roy tweeted that Galaxy F42 5G will arrive in the Indian market later this month. Since the end of September is drawing near, the Galaxy F42 5G could be just around the corner.

If the Samsung Galaxy F42 turns out to be a rebranded version of the Galaxy Wide5, we can expect it to sport a 6.6-inch AMOLED display. Moreover, it is likely to sport an Infinity-V notch to house the front shooter. The phone could pack a MediaTek Dimensity 700 chip under the hood. Moreover, it is likely to ship with 6GB of RAM and 128GB of expandable (via microSD card) onboard storage. Furthermore, it could come running Android 11 OS with OneUI custom skin on top. 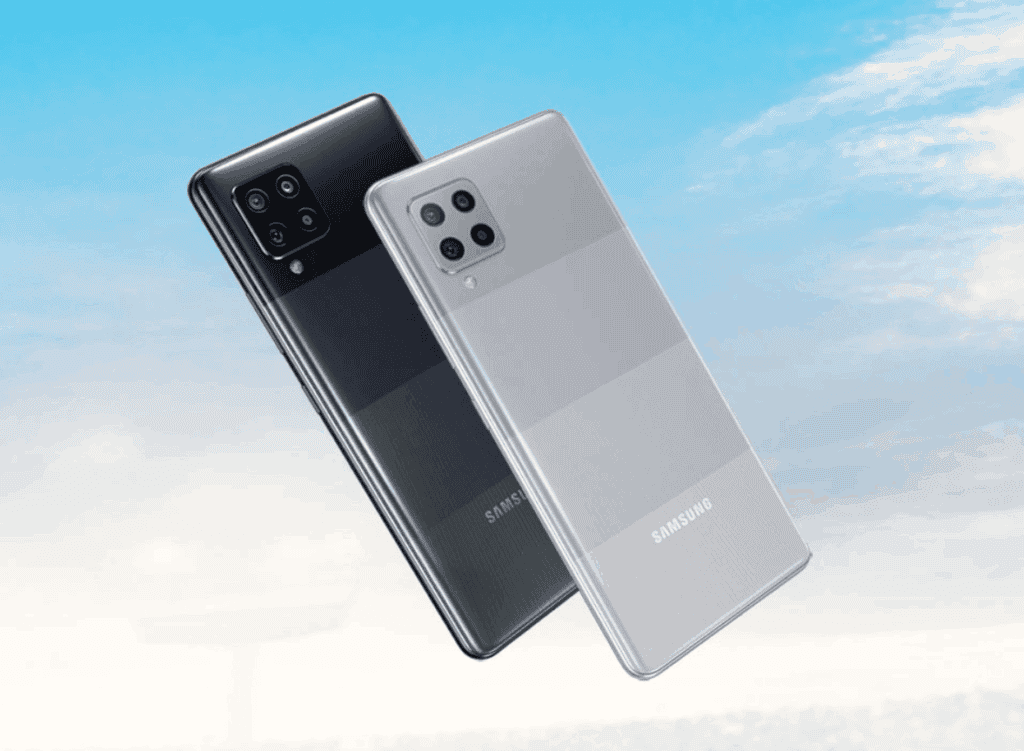 The fingerprint sensor is likely to be placed on the side edge. For optics, the phone could feature a 64MP main camera, a 5MP ultra-wide-angle sensor with a field of view of 115-degree. In addition to that, it could house a 2MP depth camera at the back. There will be an 8MP front shooter for selfies. For connectivity, the phone is likely to offer a USB Type-C, GPS, Bluetooth, dual-band Wi-Fi, 4G LTE, and 5G. It will pack a 5,000mAh battery that supports 15W fast charging.

The Galaxy Wide5 retails for KRW 449,900 (about INR 28,200). However, considering that the Galaxy F42 is a budget offering, it is likely to carry an affordable price tag. Furthermore, it will be paired with bank offers in collaboration with Flipkart. This will bring its original asking price even further down.