UMIDIGI has finally launched the newest BISON X10 series, which attracts our eyes for its combination of rugged structures with a stylish outlook. BISON X10 and BISON X10 Pro both feature an Helio P60 processor, 6150mAh battery and IP68, IP69K rating resistance. It is worth noting, that the starting price of the BISON X10 series is only $119.99 on AliExpress from October 11th to October 13th.

The biggest change with the BISON X10 series is the design. BISON X10 features an AG matte fiberglass back cover with industry-leading rubber cushions and metal frames, ensuring a stunning fashion look and strong protection from water, dust and accidental drops at the same time. It also passes the IP68, IP69K and MIL-STD-810G certifications, so the users can throw away their worries and have fun no matter what they are doing. This would be a great choice for common users , who also go for an outdoor activity sometimes. 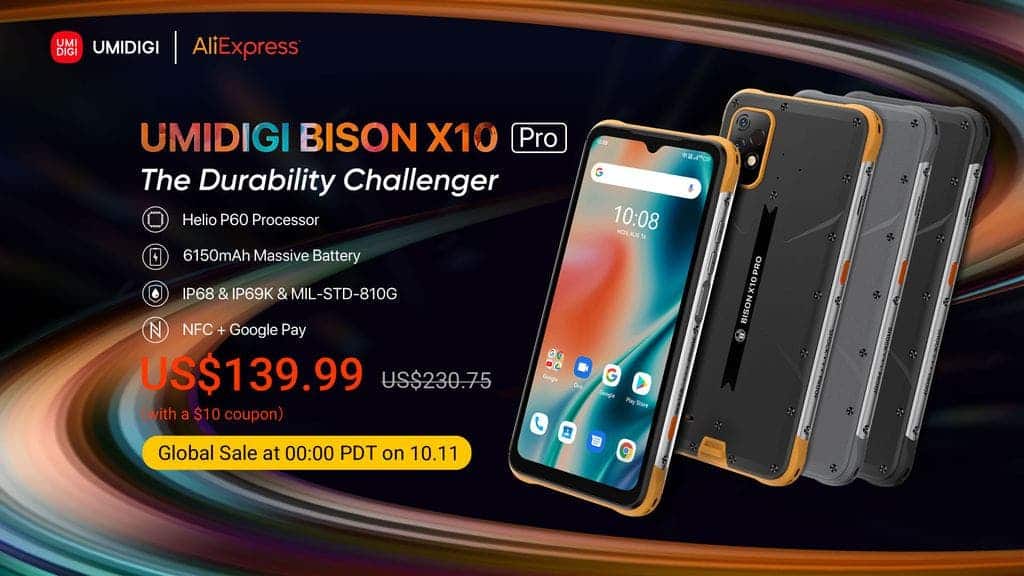 BISON X10 series level up its battery to 6150mAh this time. This is a good decision made by the company, because people all around the world want a bigger battery, that can support them for at least one full day. People use their phones for positioning, chatting, paying, gaming, or even just swipe them aimlessly when they go out. When low battery anxiety is a common issue among netizens today, the bigger the battery you provide, the larger the market you’ll get. 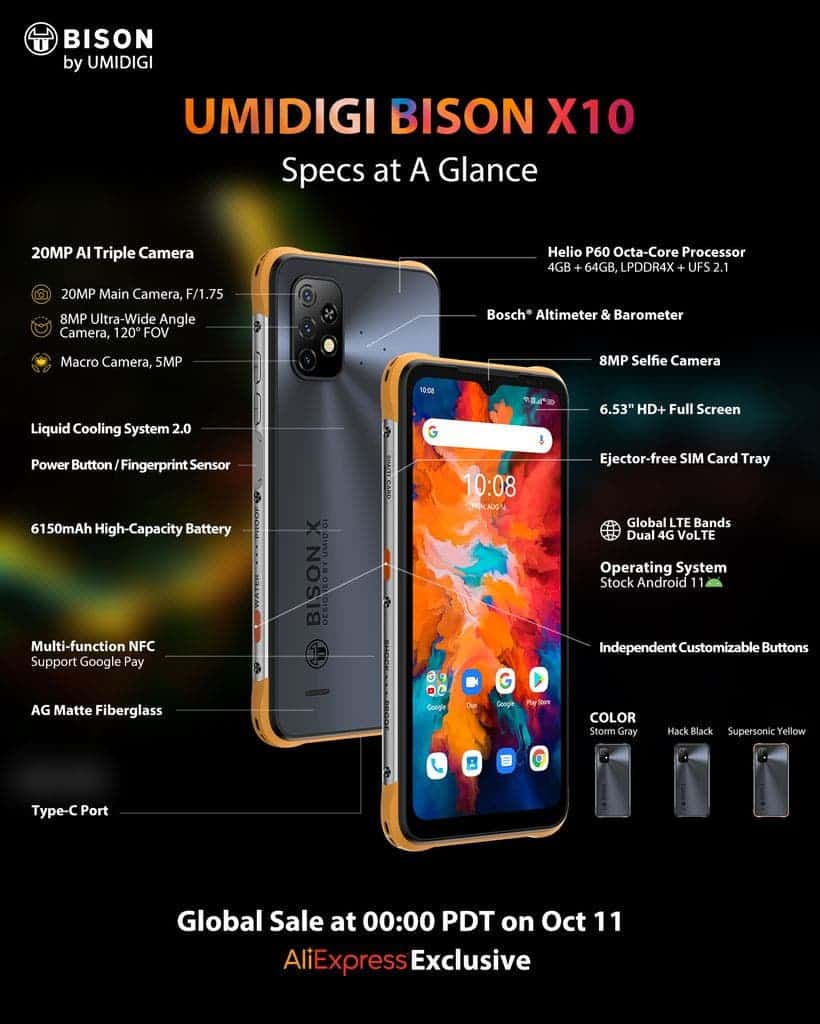 It’s a pity, that the BISON X10 series only comes with an Helio P60 processor, a mid-range SoC. But with a starting price of $119.99, maybe this processor is the best choice. Because it not only reduces the price, but also presents a qualified performance. The storage matter is different and satisfying on the other hand. The BISON X10 supports 4GB + 64GB,  while X10 Pro supports 4GB + 128GB. 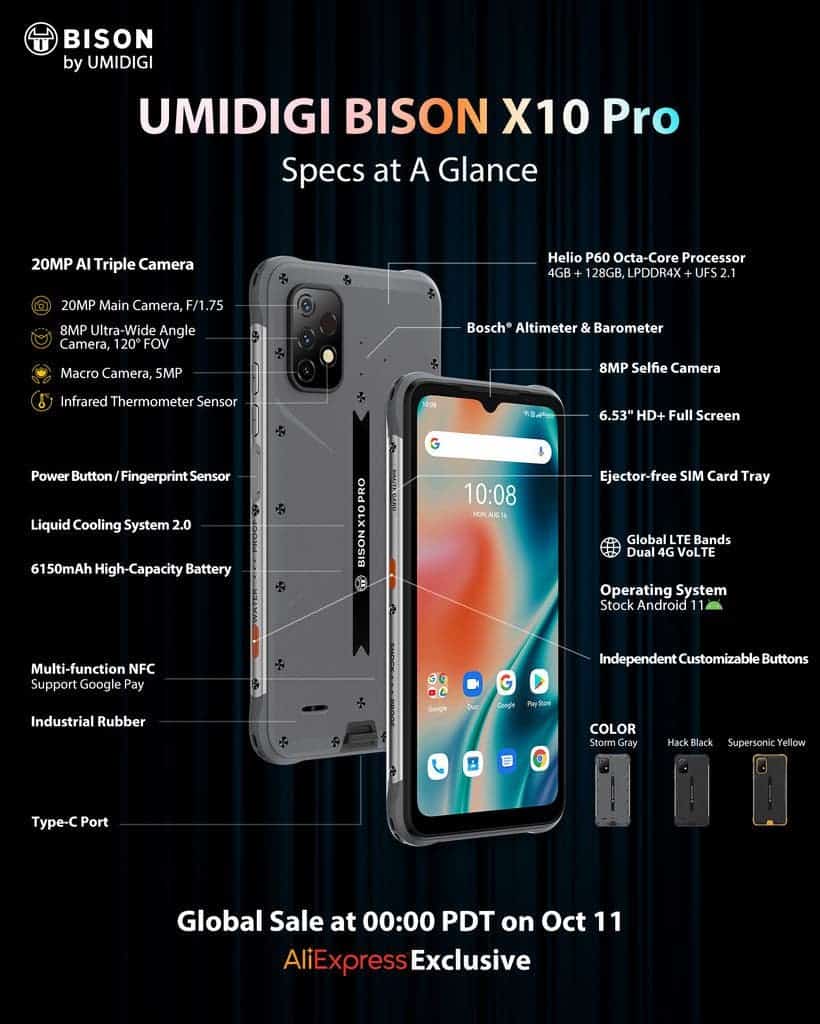 Besides the storage, the only and biggest difference between X10 and X10 Pro is the back cover. The phone features an AG matte glass, providing stunning visual effects and anti-fingerprint effects. While BISON X10 Pro sports a rubber cover offering a better protection solution. The new phones in the series both feature a 6.53-inch HD+ display, 20MP triple camera module, two independent customizable buttons and multifunctional NFC that supports Google Pay. You can also check the full specs on their official website.

The BISON X10 and BISON X10 Pro will start global sale from $119.99 on October 11th on AliExpress. But you can add them to your cart first already, so you won’t miss the best price. 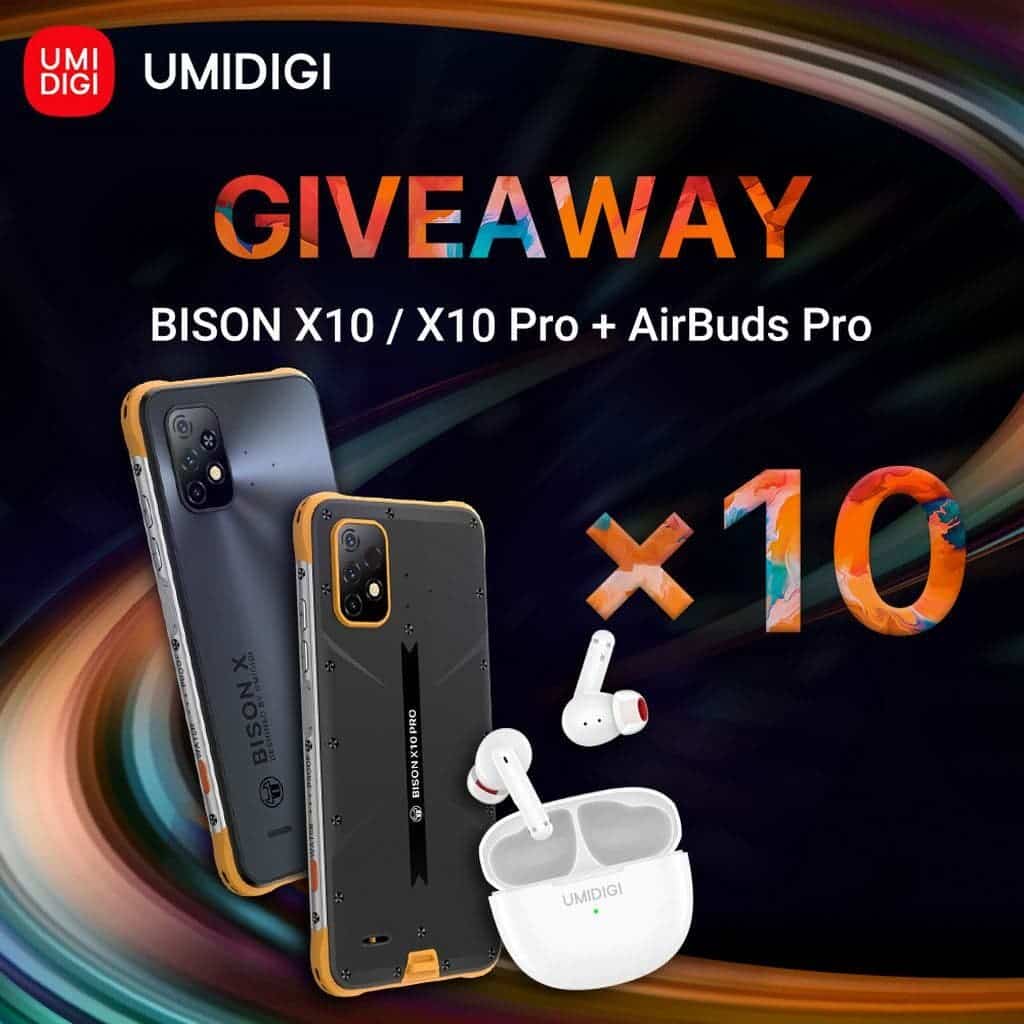 In addition, UMIDIGI is also globally giving away 10 units of both new rugged monsters and their latest TWS earbuds UMIDIGI AirBuds Pro. So if you are interested, you can join the giveaway and learn more on UMIDIGI’s official website.