Transsion Holdings has been investing a lot to popularize some of its smartphone makers in global markets. The company has been making its name in markets like India with the recently released Infinix and Tecno smartphones. However, the company also is behind another brand, Itel. So far, we have been seeing many devices from Itel, perhaps due to its strong focus in the low-end segment. Today, the company is presenting a new Itel A26 smartphone for India, in a bid to popularize the brand and offer more low-entry options for customers in India.

The Itel A26 has arrived as another option for the entry-level segment. The new handset comes with a price tag below the INR 6,000 tag. It comes with just 2 GB of RAM and an Android 10 Go Edition. Perhaps, one of the major drawbacks in this device is this amount of RAM. After all, Android 11 Go is available for a while. The Itel A26 comes with a 3,020 mAh battery which isn’t impressive and a dual-camera setup which is a big surprise when you look at the rest of the specs.

The Itel A26 packs a 5.7-inch IPS LCD screen. Thankfully the device offers a good 1,600 x 720 resolution instead of something below it. It also comes with a modern 19:9 aspect ratio. The device has a waterdrop notch on top for the front-facing camera and has a fairly thick chin at the bottom.

Under the hood, this is yet another Unisoc-powered smartphone. In this case, we have a Unisoc SC9832e processor. It is paired with the aforementioned 2 GB of RAM and 32 GB of Internal Storage. Users can expand the storage via the micro SD card up to 128 GB. 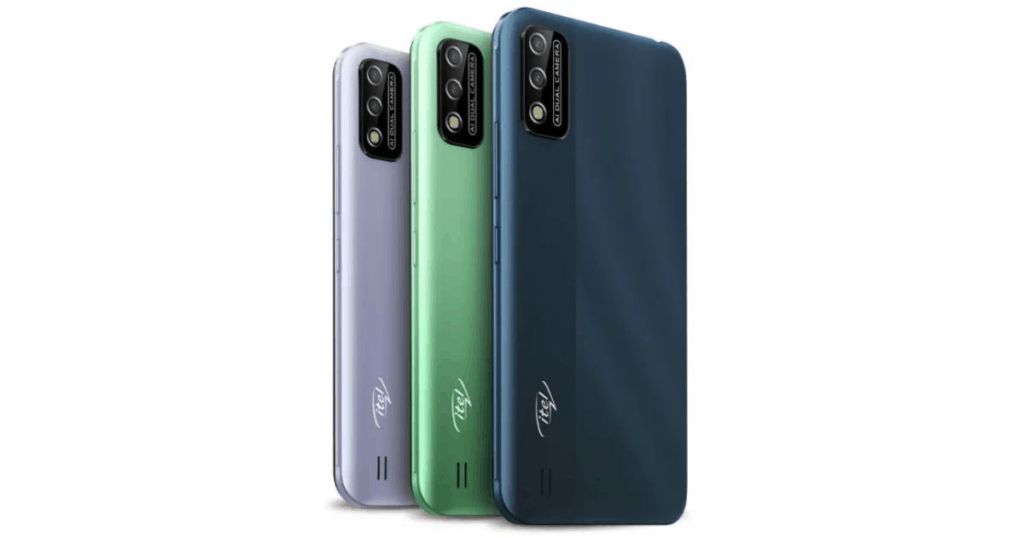 The device draws its powers from a 3,020 mAh battery which is very small considering today’s standards. The device will charge slowly via its micro USB port that can provide only a 5W charging rate. One of the curious characteristics of this phone is the presence of a dual-camera setup. Unfortunately, it’s anything but impressive. We have a super modest 5 MP primary camera, and a VGA lens. I believe that an 8 MP camera would be much more appreciated than this dual-camera setup that is here just for making numbers. The front-facing camera is a 2 MP unit that fits inside of a waterdrop notch.

The phone lacks a fingerprint scanner and will rely on face unlock. However, we’re not very sure if this 2 MP sensor will be very reliable. You may have problems unlocking your phone through this method in low-light environments. Other features include 4G VoLTE, Wi-Fi, Dual-SIM, Bluetooth, and GPS.

Itel released the A26 in India. The entry-level handset comes in a single option with the 2GB/32GB combo. It costs INR 5,999 and will come in Gradation Green, Light Purple, and Deep Blue colorways. As part of the launch offers, the firm is providing a one-time free replacement for a broken display within 100 days of its purchase.