Technology is always evolving in most of the computing segments. From the nanometers to the kind of materials used, there is always space for innovation. There are a lot of companies wanting to be in the headlines of technological innovation, and we can say that Samsung is among them. The giant electronics industry has revolutionized the market in several aspects. It’s one of the leading companies in the display, smartphone, camera, and chipset innovations. The company is one of the most solid chip makers in the market and has the whole expertise to develop its own manufacturing methods. Apparently, Samsung is also looking for further ways to improve what we currently have in the world of chipsets.

Today, the South Korean firm has published a perspective paper titled “Neuromorphic Electronics based on copying and pasting the brain”. It talks about a new way to copy the brain’s neuronal connection map and past it on a high-density three-dimensional network of solid-state memories. The paper comes as a partnership publication between engineers from Samsung and Harvard University. It uses a breakthrough nanoelectrode array developed by Dr. Donhee Ham and Dr.Hongkun Park. The paper talks about creating a memory chip that approximates the unique computing traits of the brain. In other words, it’s a concept that if reached one day will be revolutionary.

The main goal behind the paper is to reverse engineer the brain through a neuromorphic method. It talks about methods of extracting the neuronal wiring map of a human brain, thereby “copying” it. Then, the system will effectively “paste” it onto a network of non-volatile memories. These special and engineered non-volatile memories will learn and express the neuronal connection map. They will only need intracellularly recorded signals. 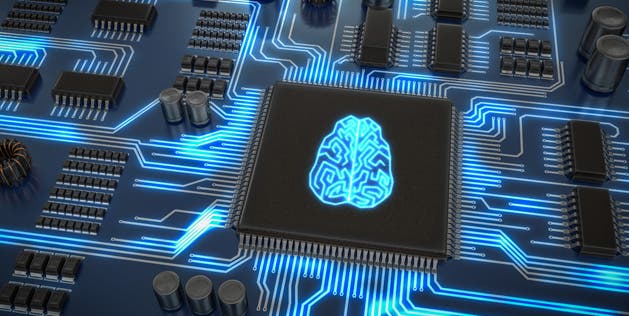 Unfortunately, this is still in the beginning. So, at least for now, there aren’t applications of the research. We assume that it still is several years away from becoming commercially available. However, Samsung will still explore these concepts to apply them in current solutions. For example, the company will study neuromorphic engineering and use some of its resources to develop its next-generation AI semiconductors.

The truth is that it’s hard to predict how the industry will be ten, twenty, or thirty years into the future. However, we will be miles away from what we consider “modern”. So, maybe a couple of years in the future, neuromorphic chips will be the standard.