At today’s Xiaomi press conference, the manufacturer launched a series of new products. Apart from the much-talked Xiaomi Civi smartphone, the company also introduced some models under its Mijia brand. The first is the Mijia treadmill, which costs 2499 yuan ($387). Plus, it can connect the TV and realize a coaching function.

This treadmill supports a three-step quick folding design. So users can store it in spaces such as the bottom of a sofa or a bed. It also has an ultra-wide shock-absorbing treadmill, which can effectively cushion knee pads. 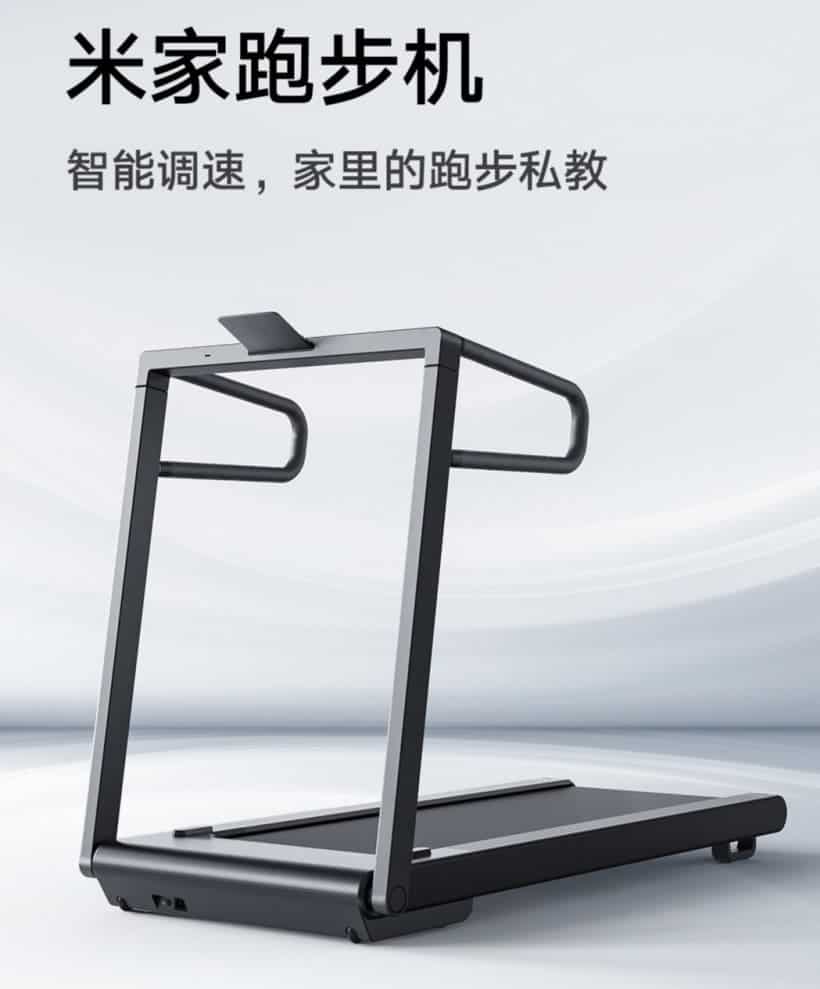 In addition, the Mijia treadmill also supports heart rate-controlled speed running. It can realize automatic speed adjustment by linking Xiaomi bracelets and watches. Once linked with other Mijia products, it can become a part of a Mijia smart ecology. 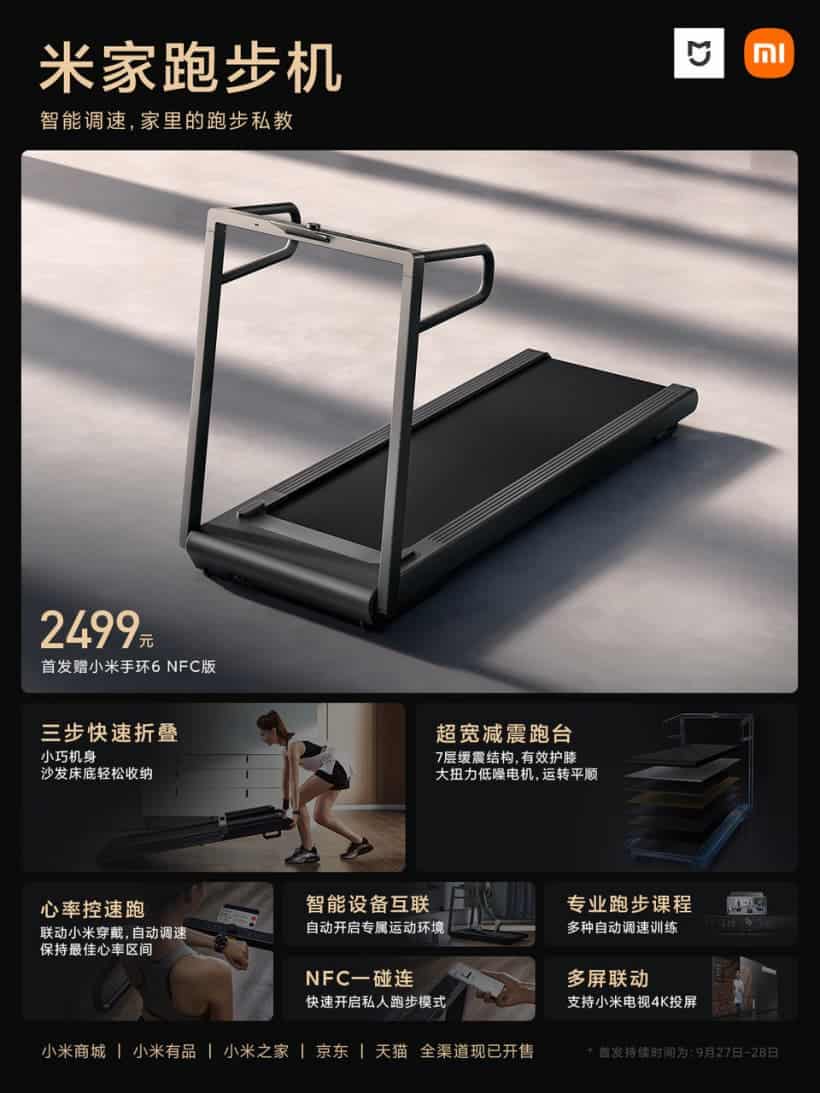 By the way, when buying this treadmill, you will a Xiaomi Mi Band 6 NFC version for free. 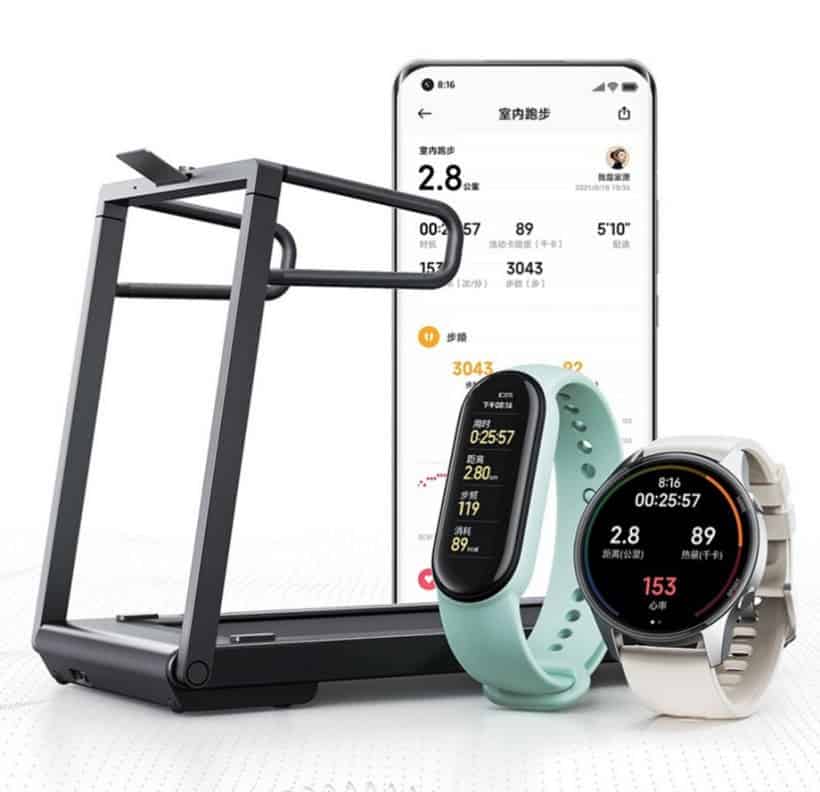 Xiaomi has previously announced that it would release a “second-gen washing machine ” that can wash personal clothes (underwear) and so on. 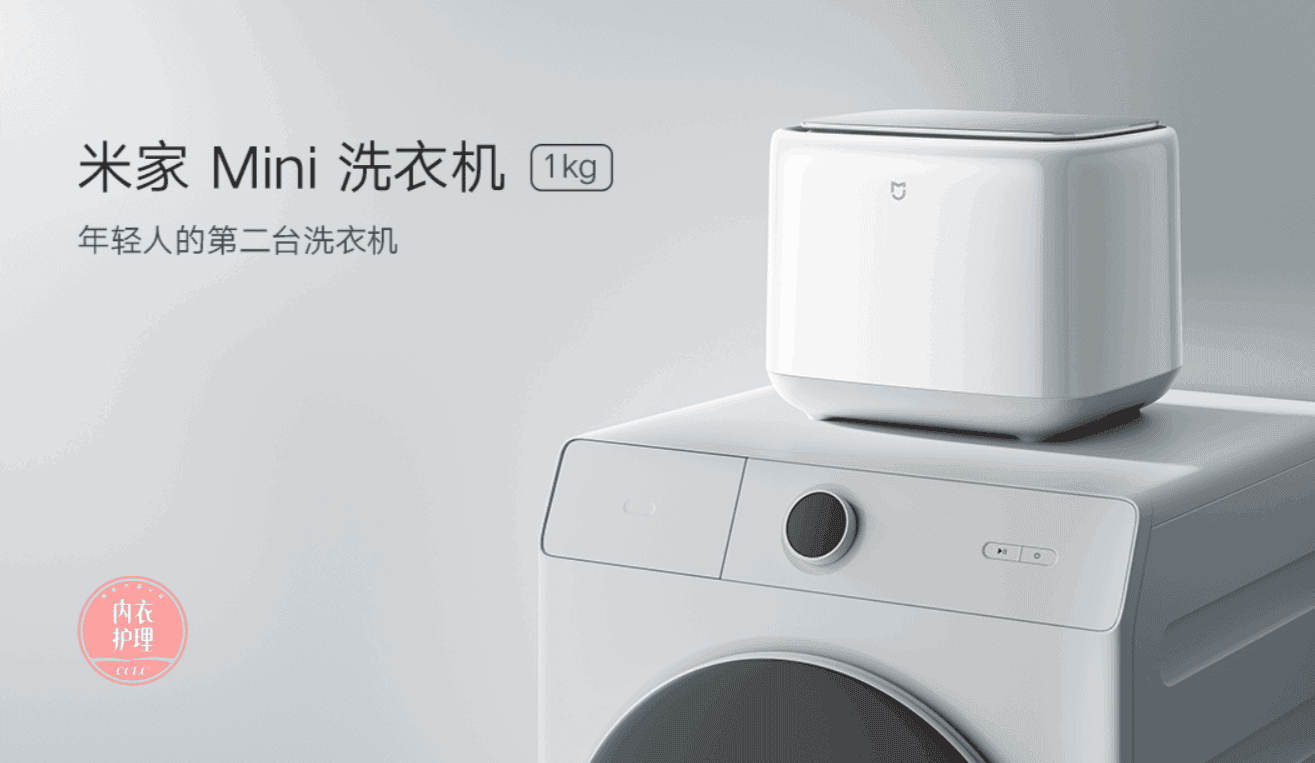 Today, Xiaomi officially launched the Mijia washing machine mini. The latter can wash at a high temperature of 90°C, with 99% deep and efficient sterilization, and 60°C for removing mites and allergies. 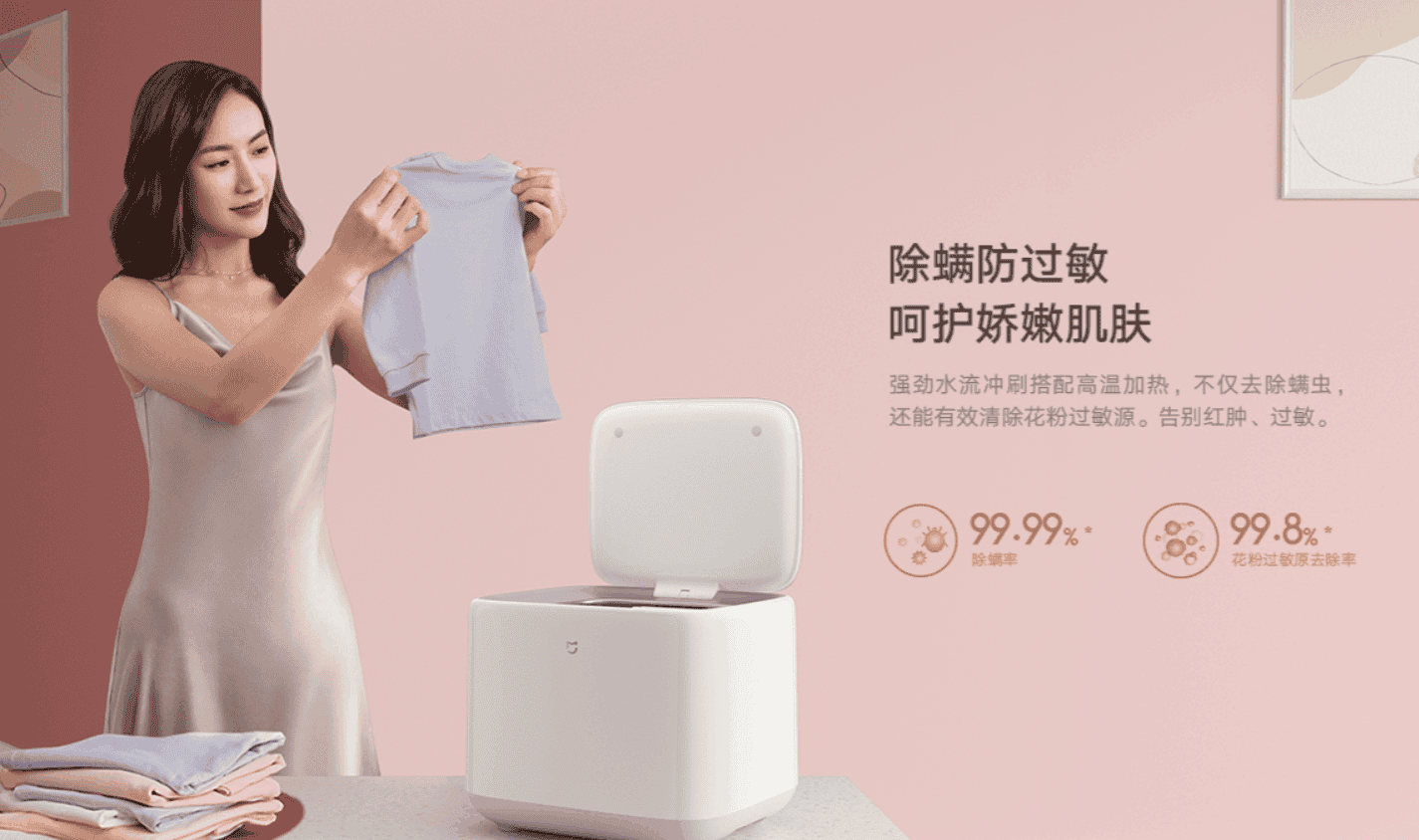 Lastly, the company announced a new Mijia karaoke microphone with a starting price of 299 yuan ($46).

The Mijia karaoke microphone supports one-key elimination of original singing. It can also change the accompaniment of songs in seconds. It has a dual wireless microphone function. So you can sing for 7 hours without stopping. 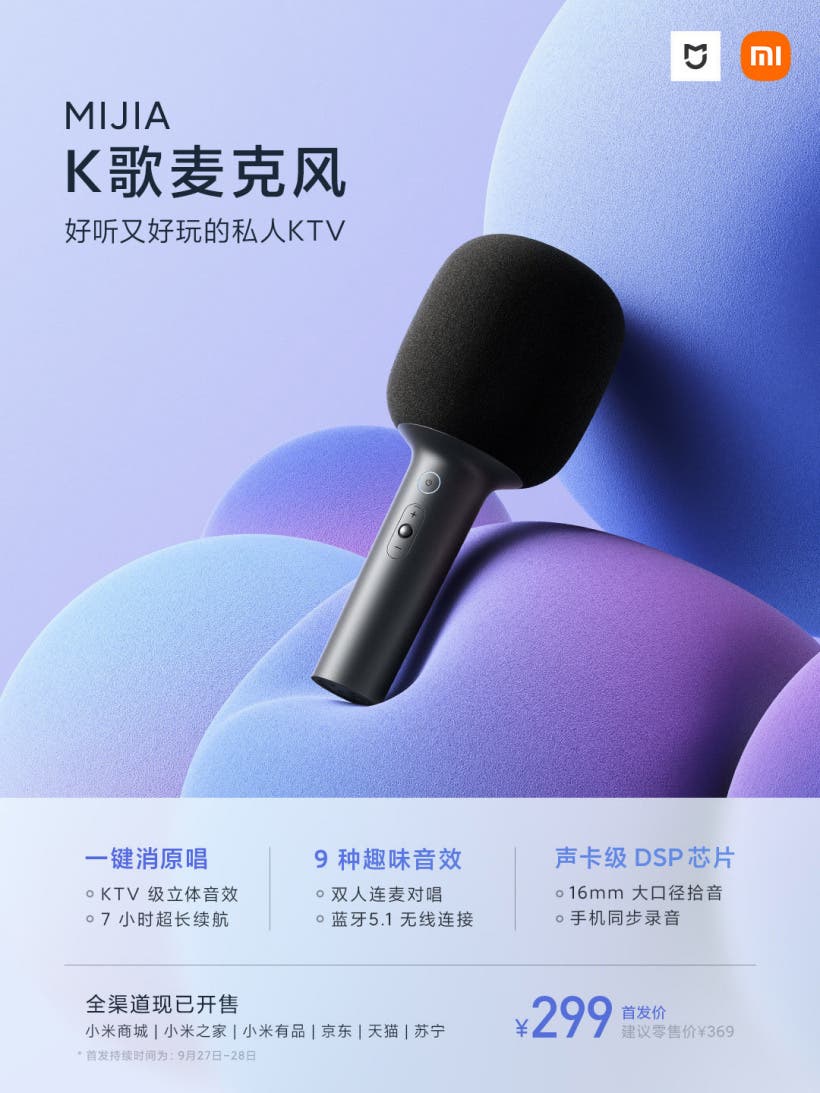 Other than that, the Mijia K song microphone has built-in 9 interesting sound effects. There is a special sound card-level DSP chip and it supports KTV-level stereo sound. 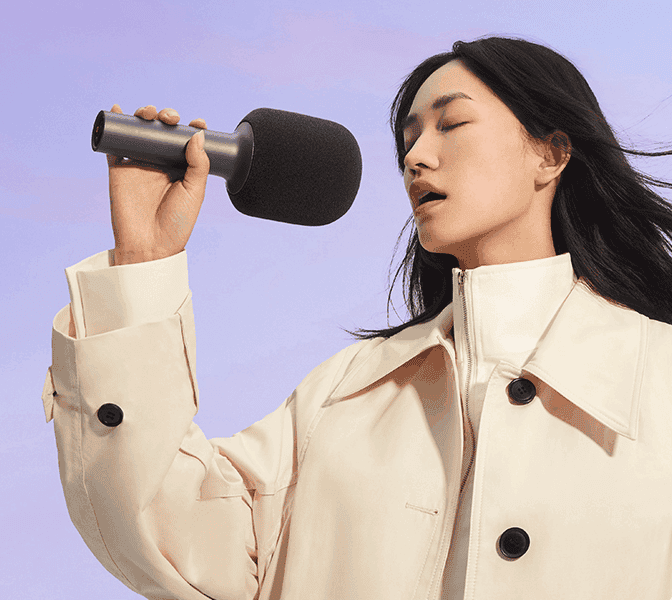 In addition, the MIJIA K song microphone can also create a “mini recording studio” for singing users. As the company proves, the microphone can realize simultaneous recording by connecting to a mobile phone. Plus, it can ensure a professional-grade sound card recording performance. 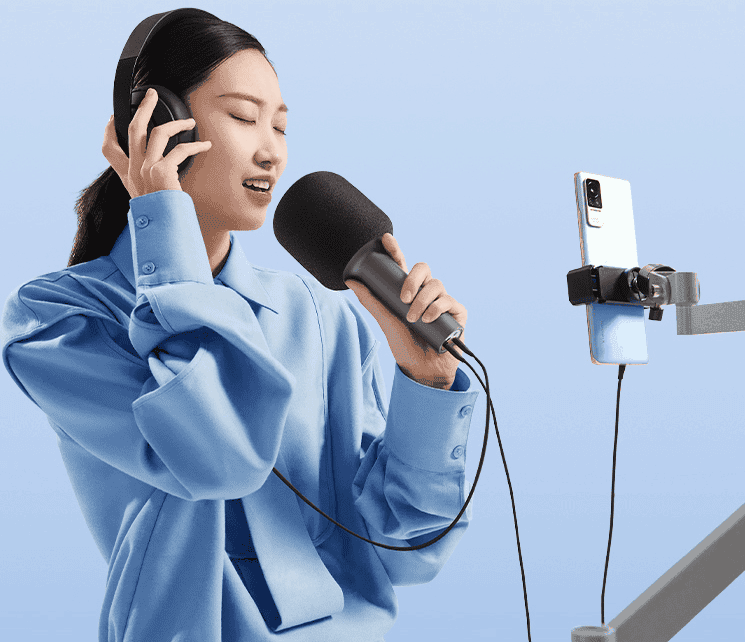 The Mijia K song microphone has a starting price of 299 yuan ($46) and is currently on sale in all channels.