Vivo X70 Pro, and Vivo X70 Pro Plus prices in India have surfaced online, just days before the phones go official in the country. Vivo is slated to take the wraps off its Vivo X70 series smartphones on September 30. Earlier this month, the Chinese tech company launched the X70 lineup in its home country. Since the phones are already available in China, we know their specifications.

Now, the Vivo X70 Pro, and Vivo X70 Pro Plus prices in India have surfaced on the web. The word on the street is that Vivo will not bring the vanilla X70 into the Indian market. Furthermore, the upcoming X70 series has already received a dedicated microsite on the company’s official website with key specs and a countdown to the lineup’s arrival in the country. Interestingly, the microsite does not reveal the price tags the Vivo X70 Pro, Pro Plus will be carrying.

Noted tipster Sudhanshu Ambhore took to his Twitter account on September 24 to share details about the storage configurations and the prices of the Vivo X70 Pro, and Pro Plus smartphones. The X70 Pro is tipped to come in an 8GB RAM+128GB ROM model and a 12GB RAM+256GB ROM variant.. The X70 Pro Plus, on the other hand, will have a sole 12GB RAM+256GB ROM variant. The prices leaked by Ambhore coincide with earlier reports.

The X70 Pro variant with 8GB of RAM and 128GB of onboard storage will set you back INR 46,990 (about $635). The larger model that comes with 12GB of RAM and offers 256GB of onboard storage capacity will retail for INR 54,990, which converts roughly to about $743. It is worth mentioning here that in his tweet, Ambhore claims that the prices have been leaked by a new source. The vanilla Vivo X70 price in India is not available, considering that the model is highly unlikely to launch in the country.

The Vivo X70 Pro sports a 6.56-inch AMOLED display that offers FHD+ resolution and a 120Hz refresh rate. The phone packs a Dimensity 1200 chip under the hood. A 4,450mAh battery with 44W fast charging support powers up the entire system. It has a quad rear camera setup featuring a 50MP main camera, an 8MP periscope zoom lens, and two 12MP telephoto lens and an ultrawide camera. Both, the X70 Pro and X7 Pro Plus come with a 32MP selfie camera. Their fingerprint scanners have been integrated into the display. They run Android 11 OS with FunTouch OS 12 on top. 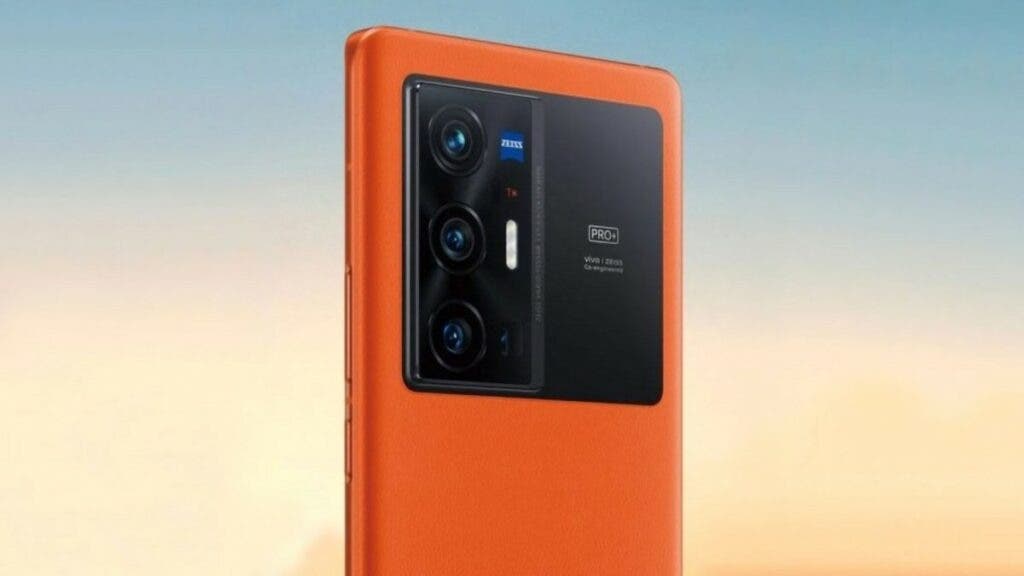 The X70 Pro Plus features a mammoth 6.78-inch Samsung E5 AMOLED display with QHD+ resolution and a 120Hz refresh rate. It has a punch-hole cutout to house the front shooter. Under the hood, the phone has a Snapdragon 870 chip. The phone draws its juices from a 4,500mAh battery that supports 55W fast charging and 50W wireless charging. There are four cameras including a 50MP main camera, an 8MP periscope zoom lens, a 12MP telephoto lens, and a 48MP ultrawide camera at the back.