We have been seeing rumors and leaks of the Galaxy S21 FE since the very beginning of 2021. Just a few weeks after the Galaxy S21 series release, its Fan Edition variant started to pop out in the headlines. Most of the rumors were pointing to the device’s release in October. Despite all the rumors, leaks that we have been seeing so far, the device seems to have been canceled. Samsung didn’t confirm this fact, but it didn’t confirm the device’s arrival in the first place. So, we can pretty much assume that the device is being killed now that support pages of the upcoming phone have been removed.

Samsung started to set up the support pages for the device a long time ago. This was one of the best pieces of evidence we had about the device’s arrival. However, recent rumors have been floating around the Galaxy S21 FE like dark clouds in a rainy day. Recently, a tipster suggested that Samsung had only produced around 10,000 units of the device in September. This is too few for a device that was planned for the next month. 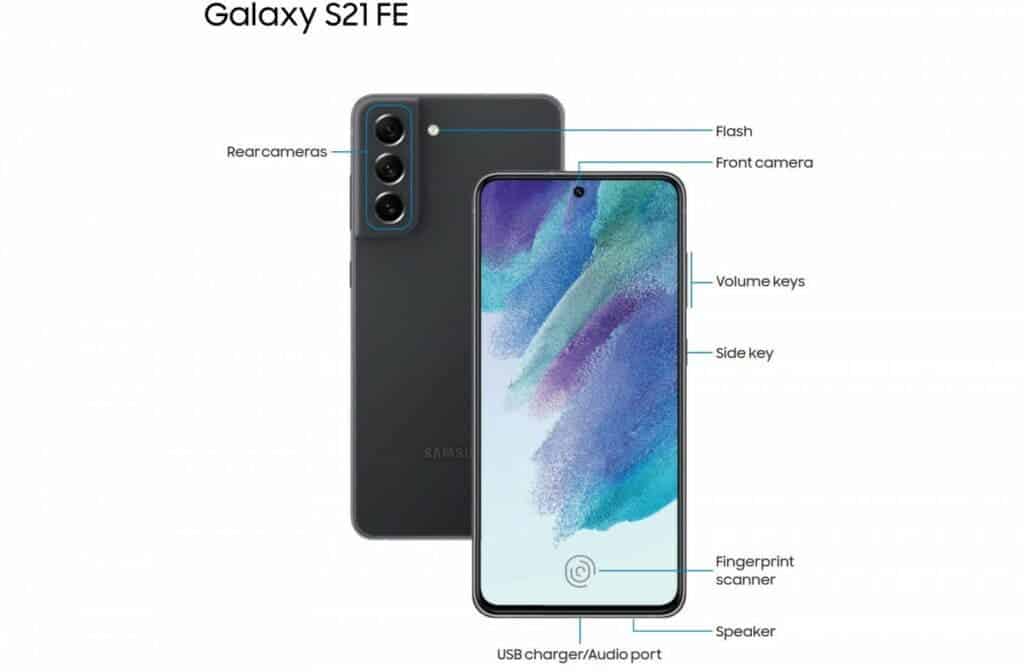 More recently, another tipster, IceUniverse stated that the Galaxy S21 FE would be a pointless release at this point. After all, the Galaxy Z Fold3 and Z Flip3 are selling well. Moreover, the Galaxy S22 series will come in January or even December as some reports suggest. So, users will not be very tempted to buy the Galaxy S21 FE now with the S22 series imminent release. Samsung seems to be having problems with the device’s manufacture due to the crisis in the semiconductor industry. The device was originally planned to come only with Snapdragon 888 CPUs, however, pieces of evidence of Exynos 2200 variants have been emerging lately.

A few months ago a back-to-school promo leaked showcasing the device. As per rumors, the device was initially planned for the Galaxy Unpacked event of August, but it was later postponed to mid-October.

The Galaxy S21 FE needs the very same and scarce Snapdragon 888 as the Galaxy Z Flip3. The foldable smartphone is selling like hotcakes. More importantly, the company can sell the device well at a higher price pint than the one that could be charged for the Galaxy S21 FE. Moreover, the S21 models have fallen in price. As a result, users that want a Galaxy S21 can just pick one of the regular models.

For now, it’s unclear what will become of the already-produced S21 FE units. We may see these come in a form or another in a near future.

Previous iPad with 10.86-inch OLED display had its development suspended