Gone are the days when Huawei was the leader in the smartphone market. US sanctions have cut the company off key components for making mobile devices. However, Huawei has no intention of giving up and is reportedly preparing a new family of flagship smartphones. Previously, it was assumed that their launch will take place this fall, however, according to the latest data, the presentation of new products has been postponed to early next year.

Renowned Chinese tech insider Digital Chat Station claims that Huawei’s new flagship series will go on sale in the first quarter of 2022. According to reports, the heart of the Mate 50 will be the upcoming flagship chip Qualcomm Snapdragon 898. Note that the device will receive its variant, devoid of the means necessary to work in 5G networks.

This will not be the first Huawei smartphone artificially limited in its ability to connect to fifth-generation networks. Not so long ago, the company introduced the Nova 9 series, whose smartphones are running the Snapdragon 778G platform without 5G support.

The new rumor contradicts previous leaks that the Mate 50 is due to launch in October. Probably, the Chinese company will not be content with the current Snapdragon 888, but to wait for the launch of the new flagship chipset, which will replace it, and build new devices based on it. 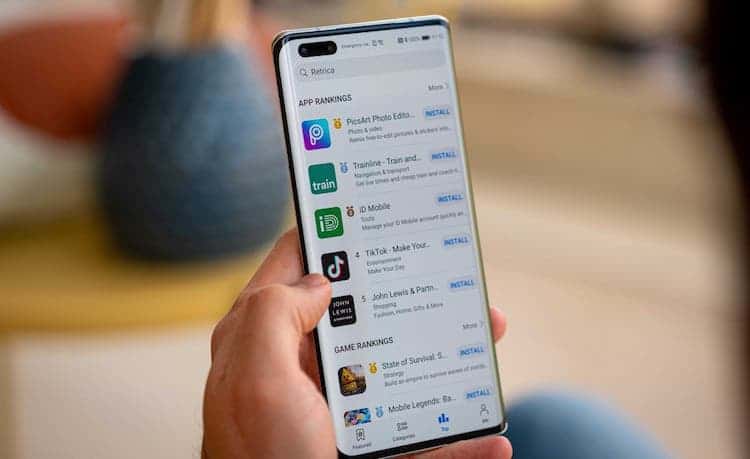 US authorities ready to expand sanctions against Huawei if necessary

The imposition of sanctions against Huawei Technologies by the United States took place in two stages even under President Trump since May 2019. In addition, the Chinese company ultimately lost access to the TSMC pipeline and many advanced components; lost leadership in the smartphone segment and faced difficulties in expanding 5G networks. The current US administration is ready to extend sanctions if required.

Also, US Secretary of Commerce Gina Raimondo admitted this in an interview with Reuters. She did not directly support the demands of the fourteen members of the lower house of the US Congress; to add to the sanctions list the smartphone manufacturer Honor; which inherited a significant part of the team and many business connections from Huawei. The authors of the initiative suspect Honor of acting in the interests of the disgraced Huawei Technologies; considering the sale of the business as a cover for such manipulations.

Back in January, at the stage of forming the new US government; Gina Raimondo expressed her readiness to be firm with Huawei and other geopolitical opponents. Huawei’s list is “a truly powerful tool in our arsenal that we will use to the fullest to defend American national security,” the US Secretary of Commerce said. She added that the list of export control restrictions continues to grow, with five new Chinese companies added in June. The US authorities suspected them of oppressing national minorities in Xinjiang.

Next Honor successfully regains its position in the Chinese smartphone market

Huawei Mate 50 will be available in August or September