The Microsoft Store has announced its readiness to integrate with third-party app stores. Amazon and Epic Games will be the first to present their products in the Microsoft store for the Windows software platform.

The news comes a few months after Microsoft announced major upcoming changes for its digital content store. The site was redesigned for Windows 11, the developers updated the interface and made the Microsoft Store more modern and consistent with the look of the operating system.

Back in June, Microsoft‘s chief product officer, Panos Panay, said the Microsoft Store platform was open to Steam and other third-party stores. While Steam does not yet offer its products in the Microsoft Store; it is possible that it will become available on the platform of the software giant in the future. But soon, games from the Epic Games Store will appear in the Microsoft store, which should also be convenient for users. And by integrating the Amazon store, Windows 11 users will be able to use Android apps on their systems 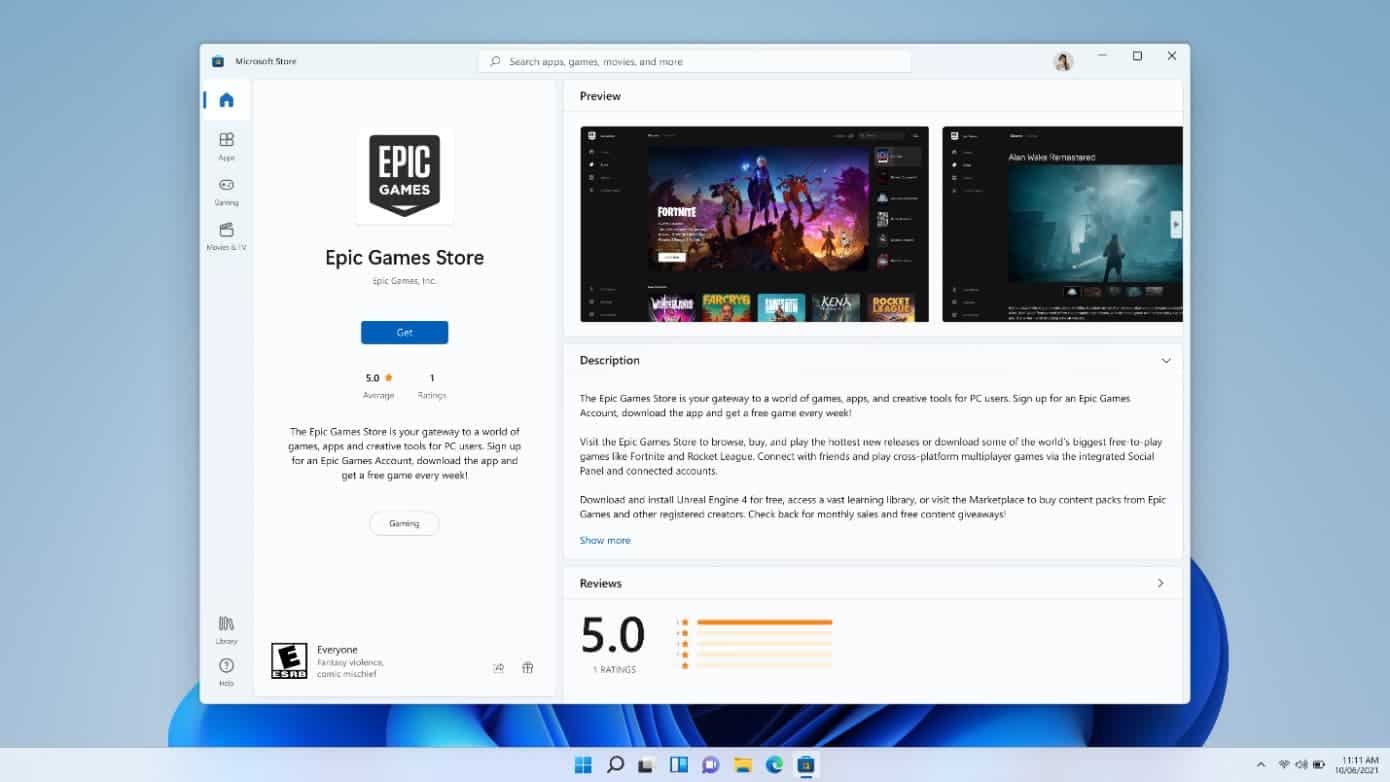 A new build of Windows 11 has arrived for Insiders in the Dev Channel; just after the presentation of the new Microsoft Surface devices. The version number is 22463, and it comes from the RS_PRERELEASE branch. As the official launch date of the operating system approaches, Microsoft recently intensified the release of Windows 11 experimental versions.

The build consists of a substantial list of quality improvements and various bug fixes; also from the point of view of the user experience. In particular, the incorrect alignment of the taskbar icons has finally got a fixe. Microsoft explains that it will take some time for big news to appear . Among the most significant improvements of this build it is worth mentioning:

In File Explorer just do CTRL + Shift + C to copy the full path of the selected folder. In addition the high contrast theme has been changed slightly based on Insider feedback. Also, an icon is now available in the Quick Settings next to the volume slider; to make managing audio outputs and inputs more immediate.

Microsoft also takes the opportunity to report that PowerToys; the open-source suite of small utilities for advanced users, are finally available in the Microsoft Store and support Windows 11. In fact, they have already arrived a few days ago, but at least now it’s official.