Oppo is gearing up to introduce a new smartphone its A-series. Rather than bringing a new smartphone with 5G, this time around, the company will introduce a cheaper handset with just 4G. There are key markets for the company that still doesn’t have stable 5G networks, or no 5G networks at all. So customers that don’t want it now, or at least, want to get cheaper devices with LTE still need good smartphones. That said, the company will bring a new Oppo A55 4G smartphone on October 1. This is a new variant for the A55 series which debuted a 5G smartphone earlier this year. Today, the Oppo A55 4G had its specifications and design revealed via its Amazon.in landing page.

The online retailer doesn’t explicitly mention the Oppo A55 4G on the page, only saying the phone is a part of the A-series. However, the filenames and the images in the listing confirm we are looking at the new upcoming Oppo A55 4G.

The Oppo A55 will pack a 6.51-inch IPS LCD screen and we assume it’s an HD+ panel. Moreover, it should provide only a 60 Hz refresh rate just like the big majority of mid-range smartphones. The display has a top-left punch-hole which is a major change over the Oppo A55 5G that had a waterdrop notch cutout. The tiny cutout serves as a home for the 16 MP selfie shooter. 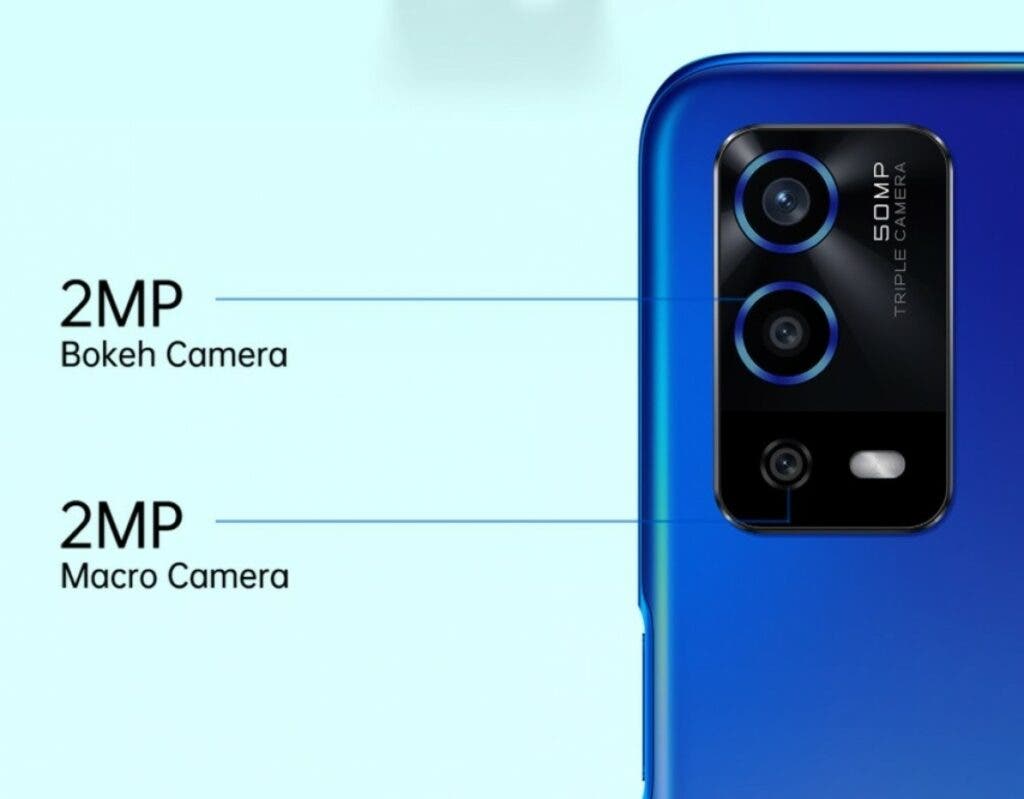 Moving around to the back, the Oppo A55 4G packs a triple-camera setup. The rectangular module comprises a 50 MP primary camera, a 2 MP macro module, and a 2 MP depth-sensing module. The smartphone will come with a Face Unlock authentication. However, there is also a fingerprint scanner sitting in the side and doubling as a power button. The device has an IPX4 rating and will come in Rainbow Blue and Starry Black colorways. Previously leaked renders also confirm the third color with a green finish. However, we don’t know what has become of this color right now. Perhaps it’s an exclusive colorway for another country. Time will tell.

Neither Oppo nor Amazon.in have detailed the Oppo A55 specifications yet. However, a recent certification suggests the device will pack a 5,000 mAh battery with 18W fast charging. We may learn more about the A55 before it gets an official release on Friday.