It has been a while since the last time we saw a smartphone with a 4K display. In fact, since the arrival of 18:9 displays, companies gave a step back to Full HD+ resolution and only returned to QHD resolutions in the last year. If a few years ago, we weren’t dreaming with 4K Displays on smartphones, we’re still not expecting this to become a trend this year. After all, some aspects such as refresh rate have proven to be more important. Well, apparently, Xiaomi disagrees. The Chinese company will restart the pursuit for high-resolution with a new smartphone for its CC-series, the Xiaomi CC11 Pro. The device was certified by TENAA and one of its most notable characteristics is the 4K resolution.

If you thought that Xiaomi was done with its CC-series, think again, as a new device is coming soon. Today, a new smartphone has been certified by the Chinese TENAA authority. For now, there is no official confirmation about this device’s identity. However, the 2109119BC model number suggests it has something to do with the Xiaomi CC11 Pro. 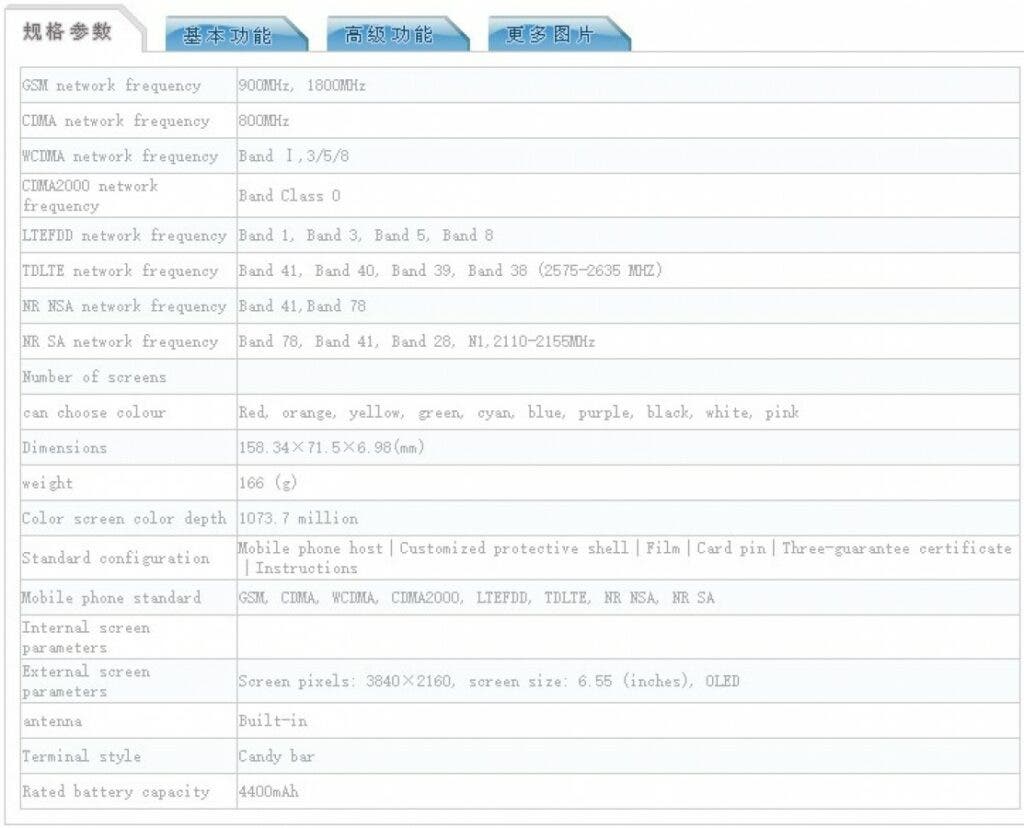 The TENAA listing confirms some of the specifications for the unreleased smartphone. There is a 6.55-inch OLED screen with a 3,840 x 2,160 resolution. These are the technical specs of a panel rated with 4K resolution. The listing also suggests a 4,400 mAh battery which may be a little concerning with that resolution. Well, Xiaomi has a lot of smartphones with 5,000 mAh capacity. A battery like this would certainly help to keep this 4K display enlightened for a long time. Moving on, the listing confirms the device has an Octa-Core chipset with a 2.4 GHz clock speed.

The device has variants with 6 GB, 8 GB, 12 GB, and a whopping 16 GB of RAM. On the storage front, there are variants with 64 GB, 128 GB, 256 GB, and 512 GB of Internal Storage. This will be a smartphone for all hardware needs. It will also be part of a very colorful lineup. The listing suggests it will come in Red, Orange, Yellow, Green, Cyan, Blue, Purple, Black, White, and Pink colorways.

The alleged Xiaomi CC11 Pro has a triple-camera setup. It comprises a primary 64 MP camera and two 8 MP cameras. One of the modules probably is an 8 MP ultrawide snapper, the other probably is a 5x telephoto lens. The device also comes with an in-display fingerprint scanner which completes the premium package of specs.

The Xiaomi CC11 passed through the TENAA listing last month as well. There are some changes between the two models. However, it’s hard to determine whether these are the C11 and CC11 Pro.