The market of tablets wasn’t the most trending a few years ago, especially the segment of Android-powered tablets. However, the pandemic brought a new demand in light of home education needs. As a result, more and more companies are joining this trend with new competitive products. We saw Realme launching its very first tablet, and now Motorola is further affirming its return to the segment with a new tablet – The Moto Tab G20.

The Moto Tab G20 flaunts an 8-inch IPS LCD screen with HD+ resolution. The slate has a metal unibody design which is quite premium when compared to budget tablets. It runs with a MediaTek processor and runs Android 11 straight out of the box. Without further ado, let’s see what Motorola has in tow for the tablet segment.

The Moto Tab G20 packs an 8-inch IPS LCD screen with an HD+ resolution of 1,280 x 80 resolution. The display comes with just a 60 Hz refresh rate, which is pretty much standard for budget and mid-range tablets. Interestingly, the tablet offers TDDI technology which offers better touch performance and reliability. It has 350 nits of brightness, so taking it to use under direct sunlight may not be a good idea.

Under the hood, the Moto Tab G20 has an Helio P22T octa-core chipset aided with IMG GE8320 650 GPU. It is paired with 3 GB of RAM and has 32 GB of Internal Storage. It has a slot for microSD cards for further memory expansion, as 32 GB isn’t much these days. The device runs Android 11 straight out of the box, but we are curious to see if Motorola is offering anything on top of particular apps to enhance the experience. 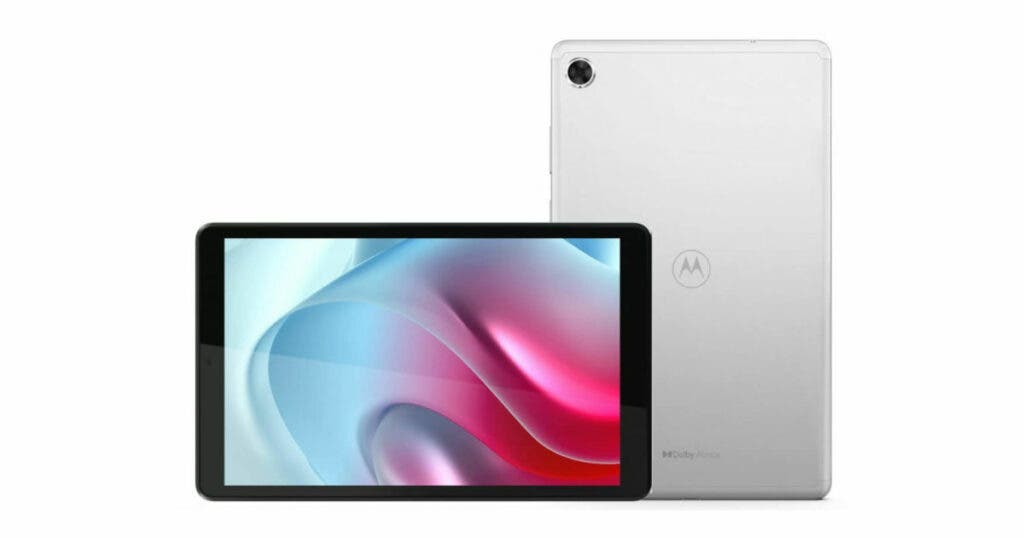 The Moto Tab G20 camera department is very modest. The device has a single rear camera 5 MP and a 2 MP front-facing camera. On the connectivity side, the tablet has Wi-Fi, Bluetooth 5.0, USB Type C, and a 3.5 mm headphone jack.

The package draws powers from a 5,000 mAh battery that has 10W charging support. The tablet has a front-mounted speaker which has Dolby Audio support. Dimensions-wise the Tab G20 measures 199.1 × 121.8 × 8.15mm and weighs 305 grams. For those unaware, the new slate is a rebranded Lenovo Tab (3rd gen) which was revealed by Lenovo globally earlier this year. This is the second Lenovo tablet to get a Moto makeup in India this year. Earlier this month, the company unveiled the Moto Tab 8 as a rebranded Lenovo Tab M1 (FHD).

The Moto Tab G20 price is set at INR 10,900 ($148) which is very affordable. It comes in Platinum Gray Color and will be available from Flipkart on October 2. The device will get an INR 1,000 discount in celebration of Flipkart’s Big Billion Days Sale.

Next LeTV S1 smartphone went on sale: features and price