Despite Microsoft claims that Windows 11 is ideal for gamers, owners of PCs with the OS preinstalled should be careful. It’s all about the default security features that can reduce gaming performance by about 25%.

The problem lies with the Virtualization-Based Security (VBS) feature, which was available since Windows 10. It provides software and hardware virtualization to improve system security. Basically, the platform creates an isolated subsystem that helps prevent malware from entering the computer.

Windows 11 gaming performance may be affected by default OS settings

Here’s how Microsoft describes the solution: “VBS uses hardware virtualization features to create and isolate a safe area of ​​memory. Windows can use this “virtual protected mode” for a number of security solutions, providing them with significantly better protection against vulnerabilities in the OS and preventing the use of malicious exploits that try to bypass protection”. The function is available primarily to corporate clients.

When upgrading from Windows 10 to Windows 11, there is hardly any reason to worry about having VBS on if it was not being in use on an older system. The problem can occur when working on a computer with a complete OEM build of Windows 11. At the end of August, when PC Health Check was re-introduced to members of the Windows 11 Insiders program, Microsoft again talked about the advanced security features of the new OS.

In addition to TPM 2.0, the company mentioned VBS: “As part of our collaboration with our OEM partners and semiconductor manufacturers, we will be activating VBS and HVCI on most new PCs over the next year. And we will continue to seek opportunities to expand VBS to more systems over time”.

The authors of PC Gamer were testing a number of games on the current assembly with VBS off and on (and not even running), and the effect of the function is obvious. Far Cry New Dawn performed best of all, in which the frame rate dropped by only 5%. At the same time, Horizon Zero Dawn had a drawdown of 25%, Metro Exodus – 24%, and Shadow of the Tomb Raider – as much as 28%. It is noteworthy that the results on 3DMark Time Spy fell by only 10%. 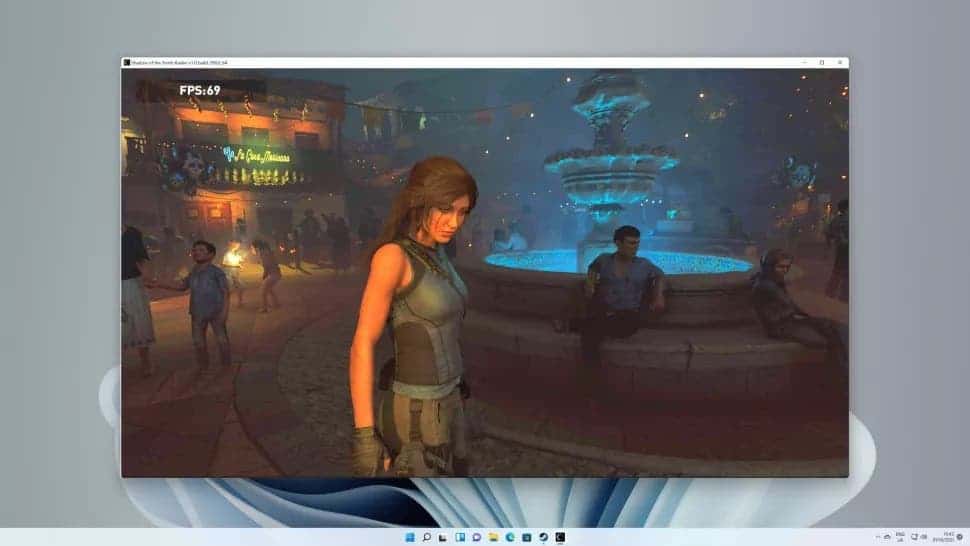 The problem was first noticed by the UL organization. They note that after a clean install of Windows 11, the VBS feature is on by default, but there is no such effect when upgrading from Windows 10. This means that the same system can show different results; depending on the activity of this function and on how the OS was deployed. Therefore, for an objective comparison of the results, the organization plans to take this parameter into account in subsequent tests.

Note that turning on VBS does not affect the actual speed of the equipment. The average frequencies of the GPU and CPU practically do not change; although there is a decrease in the power consumption of both the processor and the video card. PC Gamer also noted that not all clean installations of Windows 11 have the feature turned on by default. They downloaded the latest ISO version of the OS, installed it on a test machine; and then had to tweak the registry and BIOS to actually enable it.

Windows 11 PCs from major OEMs like Dell, HP, and Lenovo, however, will likely have VBS enabled as standard. However, it is not a fact that a similar picture will be observed; with the products of the gaming brands of these companies.

Next Redmi K50 To Have Three Models Powered By Various Chips