We have been used to see new Android upgrades coming in September, but Google seems to be a little late this year. We have been waiting for an official rollout in the beginning of the last month, but then, the company surprised everyone with the fifth beta of Android 12. A little later, reports emerged pointing to an October 5 release for Android 12. However, the company went ahead to roll out the final stable update of Android 12, today (October 4). However, there is a small catch with this update.

Of course, with code pushed to the AOSP database, it means that custom ROM developers will be able to dig into the code and start publishing their Android 12-based Custom ROMs. In a few hours, we may see the first smartphones getting Android 12 through the community. As far as Android OEMs are concerned, the first A12 updates should take a few more months. We’ve been seeing companies like Oppo and Realme moving today to unveil their respective Android skins. The next few days will probably be followed by more announcements. 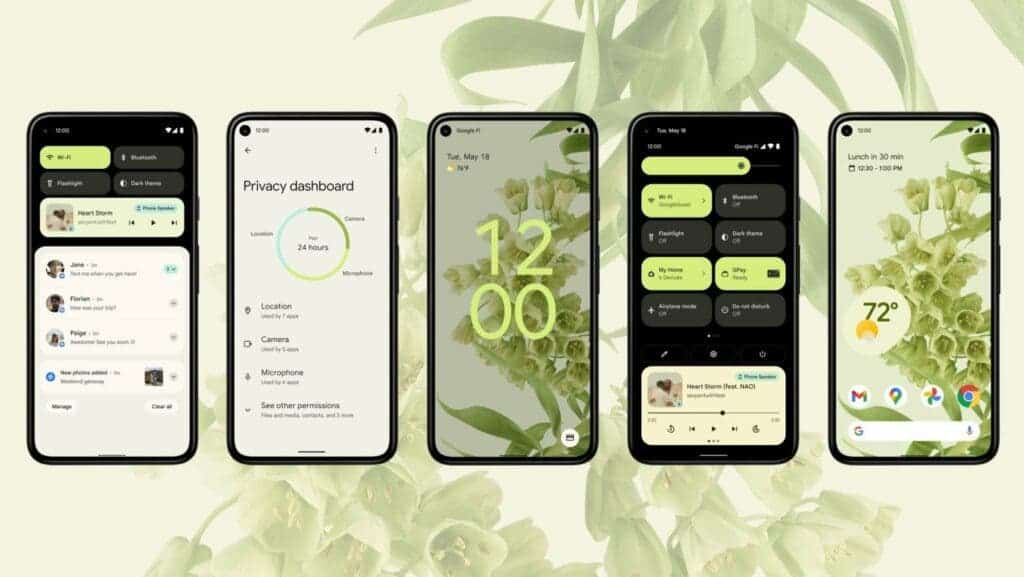 Pixel owners may be wondering where is their long-awaited Android 12 update. We assume, that at this point, Google will wait until the Pixel 6 series release to roll out Android 12 for the Pixel lineup. According to rumors, the new smartphones from Google will be released later this month. The new lineup will bring major hardware changes and advancements. We can even expect some Android 12 goodies to be exclusively available with the new devices. Reports say that Google is preparing up an Android 12.1 update that will benefit Pixel smartphones and also, an upcoming Pixel Foldable smartphone.

According to the search giant, phones from Samsung, OnePlus, Oppo, Realme, Tecno, Vivo, and Xiaomi will get Android 12 “later this year”. However, we know that not all companies will be able to deliver the new upgrade this year. At the time of this writing, there are companies still delivering Android 11 updates… So here we go again.

Android 12 brings a lot of enhancements and a major overhaul in the OS design. Google introduces a new “Material You” UI with wallpaper-based theming and a lot of new design elements. The company is also refreshing Widgets and improving other aspects of the OS.

Next Realme GT Series To Get Android 12-Based Realme UI 3.0, See Features