Millions of users prefer Google Photos as the main app for storing their images. Before June 1, it has been a free service. But since the mentioned date, Google made it a paid service*. Anyway, it has a good set of features, including seamless sync from all your devices. This also means that you can easily work with your media from mobile. In this regard, one of the best features is the auto-backup. It is really helpful when using multiple devices. For the Pixel phones, there is a special feature called locked folders. It adds more protection to sensitive images. Well, all these are what we need when storing media. But recently, Google added another new feature. It’s not anything big but useful. Now, you can edit the date and time of media directly on the Google Photos app.

In all cases, when the photo or the video display an inaccurate date and time, you can change it, providing more correct details. And what’s more important, all is done in the app. Prior to this, you couldn’t edit the date and time in the app itself. For this, users have been using third-party apps for modifying this attribute. As Google announced, the feature is already available for both the Android and iOS versions of the app.

Before the feature appeared in the app, a Twitter user Adil Ahmed Channa spotted this change. As the screenshots show, there is a new edit button next to the date and time when you swipe up on an image in Google Photos. Users only have to modify the date and time, only tapping on it. By the way, if you are an iOS user, you can’t find any edit button out there. So for changing the date and time, just tap on it. 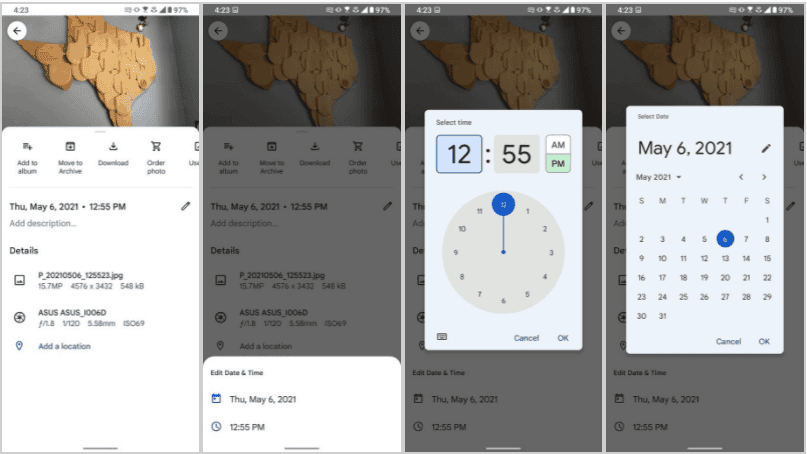 Interestingly, this feature has been available on the web version of Google Photos for quite a while now. But Google has decided to bring it to the mobile version of its app only now.

Note: If there is still no time and date edit button on your mobile Google Photos app, you can try updating to the latest version of Google Photos from the Play Store.

* From June 1, the Google Photos service does not provide unlimited storage space for photos. Here is the list of plans that are currently offered.

Google Photos unlimited storage will end on June 1: Here’s what this means for you!