The much-awaited Poco M4 Pro 5G has made its appearance on the IMEI database, hinting at its imminent launch. Xiaomi’s popular sub-brand is gearing up to unveil the 5G-enabled Poco M4 Pro smartphone. Earlier reports suggest that the phone will succeed the Poco M3 Pro 5G, which was launched in India earlier this year. Ahead of its official unveiling, the Poco M4 Pro 5G has been floating around the rumor mill and passing through multiple certifications websites.

Since the upcoming series includes a Pro variant, there is a possibility that the lineup could feature a vanilla variant dubbed, the Poco M4. Noted tipster Kacper Skrzypek discovered the phone’s IMEI database listing with model number 21091116AG. In August, the same model number got approval from the Eurasian Economic Commission. The phone’s Indian variant passed through the BIS (Bureau of Indian Standards) certification website in the same month.

As mentioned earlier, the M4 Pro 5G has already passed through various certification websites including Compulsory Certificate of China (3C), IMEI, and even TENAA. This suggests that Poco is on the verge of announcing the new smartphone. Earlier this month, renowned leaker Abhishek Yadav revealed that the phone has appeared on EEC, 3C, IMEI, and TENAA certification websites. The device appears to be carrying model number 21091116AC on the aforesaid websites.

The phone’s listing on multiple certification websites reveals that it will come with 33W fast charging support. On October 1, Skrzypek shared screenshots of a listing that featured the Poco phone with model number 21091116AG. In his tweet, the tipster claimed that the phone will pack a MediaTek processor under the hood. Furthermore, the Poco M4 Pro 5G is likely to boast slightly upgraded specifications than its predecessor, the Poco M3. 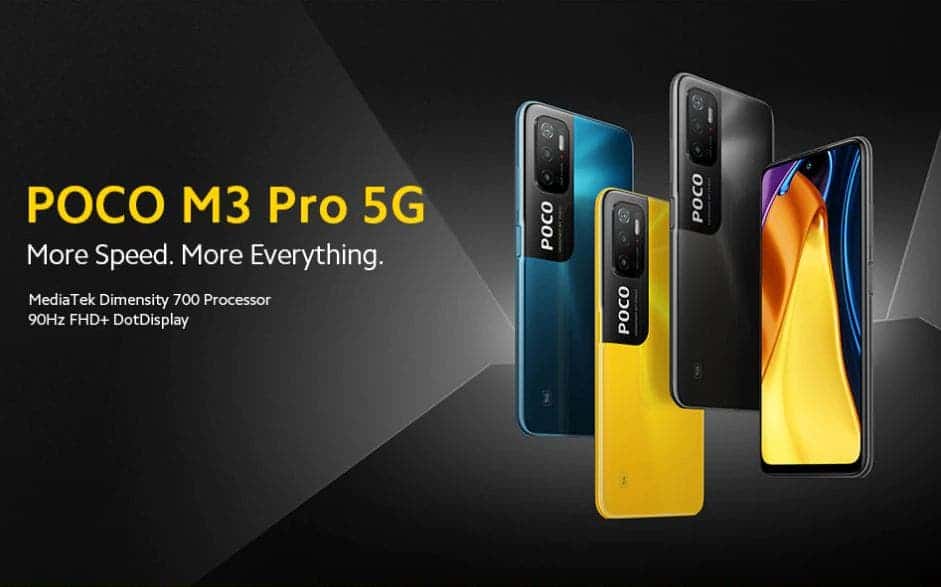 To recall, the Poco M3 features a Qualcomm Snapdragon 662 SoC. Moreover, it ships with 4GB of LPDDR4X RAM and runs MIUI 12 based on Android 10 OS. The phone sports a 6.53-inch display with full-HD+ (1,080×2,340 pixels) resolution. In the optics department, the phone houses a triple camera setup at the back. This includes a 48MP main camera, a 2MP secondary sensor, and a 2MP depth sensor. Upfront, it has an 8MP selfie camera.

Furthermore, the phone is available in 64GB and 128GB storage configurations. You can expand this built-in storage capacity up to 512GB via a dedicated slot. Aside from that, the phone draws its juices from a robust 6,000mAh battery that comes with 18W fast charging support. More details about the Poco M4 Pro 5G are likely to surface ahead of its launch.